I remember having the job I wanted since I was 7 years old. This was back in 1993. At the time I worked for Viacom’s largest cable network, and we had an outreach to over 89 million homes on a weekly basis. From there I was elevated into a casting position for the #1 TV show on Fox, and then from there, I worked with a production group, and together what we produced generated over 12.6 billion dollars a year. I was doing all of that plus I was going to all the hot Hollywood parties. I was bumping elbows with all the stars; people that you’ve watched on TV and have seen in films. 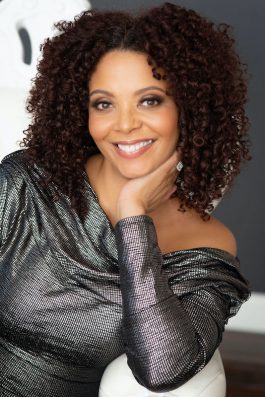 I was doing it ALL and I loved every minute of it, but in the dark of the night when I was by myself I began to feel like something was missing. I felt puzzled by this feeling because how could something be missing when I was in the exact career I dreamed of ever since I was a little girl?

In the midst of me being confused by what I was feeling, one of my girlfriends asked me to volunteer at a program at our church. That night as I worked with young women, I could see their eyes light up and as their eyes lit up, my heart lit up. I knew in that moment that THIS is EXACTLY what I was meant to do and yet I felt conflicted because this did not come with a big paycheck. I did not even know what to call this thing I was doing that night. Today we call it “coaching”, but back then I did not know what a coach was so I could not define it.

In that moment, with knees knocking and teeth chattering, I decided to go after becoming the highest and best version of who God created me to be.  I realized that while I was successful God had more work for me to do, and that work was not about who I already was, it was about who I had not yet become.

That night in 1993, I began to work with women, so they too could do what I did which we call the ability to “Find Your Fierce”.