I began my life as an unattended child, traveling with my parents from state-to-state. We lived a gypsy lifestyle and as professional ice-skaters; my parents did the best that they could for me. However, they could not always do the best for themselves. We showered at truck stops and occasionally slept in cars, but behind the stages, I lived a life filled with imaginative adventures.
Around the age of ten, I was sent to live with my grandparents in Florida. My father was a struggling drug addict and domestic abuse tendencies had mounted, while my mother suffered from mental illnesses that interrupted our daily living. 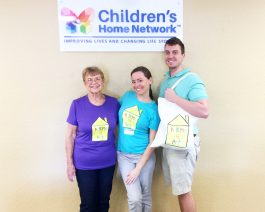 I struggled with the idea of permanency, receiving referrals, bullying others, and destroying property. I had developed a self-harming coping mechanism in the form of dermatillomania (psychological condition that manifests as repetitive, compulsive skin picking). I had missed so much schooling over the years, that I was eventually held back and began attending summer schools regularly.
Despite a confusing start, my grandmother began to provide me with various opportunities. Her encouraging words and support edged my life in a transformative direction. By the age of twenty-three, I had obtained experiences as a professional singer, voice-over actress, commercial model, published author, Disney entertainer, magazine manager, public speaker for the youth, and teacher.
With a newfound sense of confidence and autonomy, I would create my first company, a party-planning business that provided services to youth and adults throughout Florida. Later, I began my own self-publishing company called The Barrie Patch, where I have been developing books and game applications for children that are inspirational, educational, and encouraging ever since. 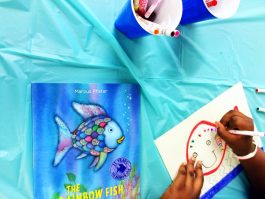 I also gained a new appreciation for education, becoming the youngest PEL student at Eckerd College, and completing two bachelor’s degrees with honors in Creative Writing and Psychology. I then went on to begin my master’s in Clinical Mental Health Counseling at the University of the Cumberlands (UC) where I was accepted into the Chi Sigma Iota honors society.
It was in my first year at UC that I watched a documentary on PBS called Poor Kids, which followed the lives of several impoverished youths. In that moment, I knew that I wanted to combine my education with my life experiences to form a nonprofit organization. A Home 4 Art, Inc. was founded in February of 2019 and is 501-3c providing art, music, drama, and literary programs to disadvantaged youth. Currently, I serve group homes and schools throughout Florida but look forward to expanding into homeless shelters and private foster homes in 2020.
In order to continue to foster my goals I recently began my Expressive Art Therapy Certification degree at the Expressive Arts Institute in Sarasota, Florida. I have also entered my senior Internship at Loving Life Today, where, under supervision, I provide individual counseling, Reiki, meditation, and Expressive Art services to individuals of all ages. I have also been honored to recently receive a partnership with the Fierce Women Project, where I will be co-hosting live media events that advocate for this outstanding organization and its services 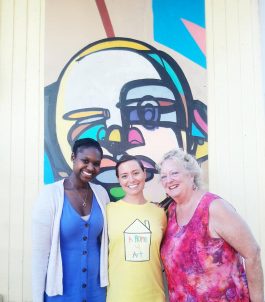 In the future, I hope to attend more events as an inspirational speaker. I aim to complete a second master’s in creative writing from Harvard and a Ph.D. in Expressive Arts from Lesley University. I also have plans to write and produce short films and documentaries that advocate for the populations that I serve because, the way I see it, no matter where you come from, anything is possible.