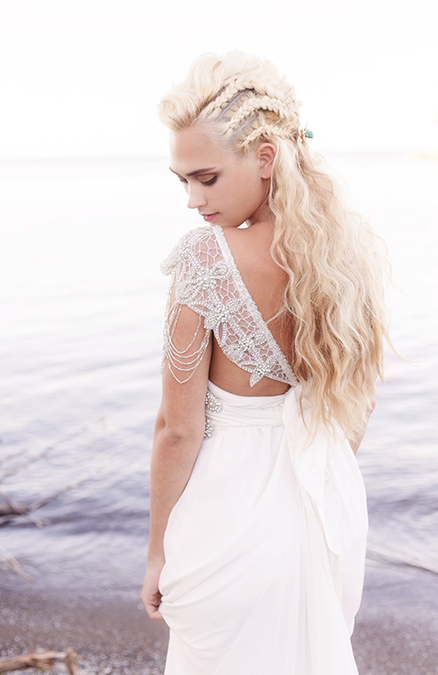 Thursday, June 9th, the Paris The­ater in New York City; red carpet rolled out and the clicking sound of cameras snapping. Each pho­tographer trying to capture that perfect shot. I am sure they captured beauty, joy, friend­ship, celebration, and glamorous fashion, but there is no way they could come close to capturing the raw inspiration, empowerment, and passion that unfolded on the screen at the Dream, Girl film premiere.

Dream, Girl is a documentary, produced by Erin Bagwell and Komal Minhas. Its mission: “tell the stories of amazing entrepreneurs to inspire the next generation of leaders.” You probably can name many successful male entrepreneurs, Bill Gates, Steve Jobs, but who are the successful female entrepre­neurs out there for women to look up to, learn from, and be inspired by? This question sparked the journey by Erin and Komal to create not only an inspiring film but also to cofound Dream, Girl LLC “to celebrate the female economy through innovative storytelling, distribution, and marketing.”

As I sat in my seat in the glamorous Paris Theater I didn’t really know what to expect. Sure, I figured it would be uplifting, teach me one or two things I could apply to my own ever-developing business; but I wasn’t prepared for what actually transpired. The energy in the air was almost visible like electricity, and the theater was packed. The film began with Erin explaining her experi­ence as a woman in the workplace. An ex­perience that left her uncomfortable on many levels, leading her to quit her job and follow her dreams to produce films. Her experiences led her to seek out strong women making a way for themselves as she was aspiring to do. The inspiration Erin felt to tell these women’s stories and share them with women all over the world was almost palpable.

The women presented in Dream, Girl left me awestruck. They are strong, brilliant women, who are successful in business but also have a passion to give back and inspire other women. Mariana Camara, fashion designer, not only successfully runs her own business but cofounded There is No Lim­it Foundation. She brings fabrics from Guinea to de­signers here in the United States, providing the women in Guinea with business while also funding education and access to clean water and fighting to end poverty.

During the documentary, she stated, “What you want, you stick to it. It’s like a door. You come. You knock. If it doesn’t open, you break it.” The film was filled with inspiring, em­powering statements such as this and gave me goosebumps as I listened intently to the stories of these women, try­ing to commit their brilliant words to memory. Annie Wang, co-founder and co-pres­ident

of Senvol, described the inner struggle of deciding whether to contin­ue in a business dealing when being treated in a demeaning manner. She posed the poignant question of when is a deal worth enough money that you should stay in an uncomfort­able situation to prosper from it in the end. I wish I could watch the film over and over to catch every detail of every incredible story.

The message of Dream, Girl is clear: you can do it, never give up, dream big, don’t let anyone or anything stop you from fulfilling your goals.

I learned more than a couple things, and one I found staggering. In the United States, women start 1,200 new businesses daily, a number that has grown exponentially over the past decade. These women-led businesses bring in substantially more profits than men-led businesses. Yet women struggle to get funding and support or to be taken seriously. During the question and answer session following the film, Komal Minhas expressed her desire for women all over the world to realize and embrace the financial and economic impact they can have on the world. It is clear that women all over the world need to hear this message and see this film to perpetuate change.

Walking out of the Paris Theatre, the air was not just charged but on fire. You could feel the passion and em­powerment streaming off those around you. It was such a positive vibe. They say ‘your vibe attracts your tribe.’ What a powerful, authentic, impactful tribe this move­ment has begun to create. I feel blessed to be a part of it, not to just have viewed a wonderful film but to be able to share it and invite more women to this tribe. I will leave you with the words of the dreamer of Dream, Girl, Erin Bagwell, “You don’t need permission to follow your dreams…Dream it first, allow the space to exist, and walk towards it.”

Nicole Grieco is a mental health worker, entrepreneur, and the founder of Tummy Treats.