A Voyage of Independence 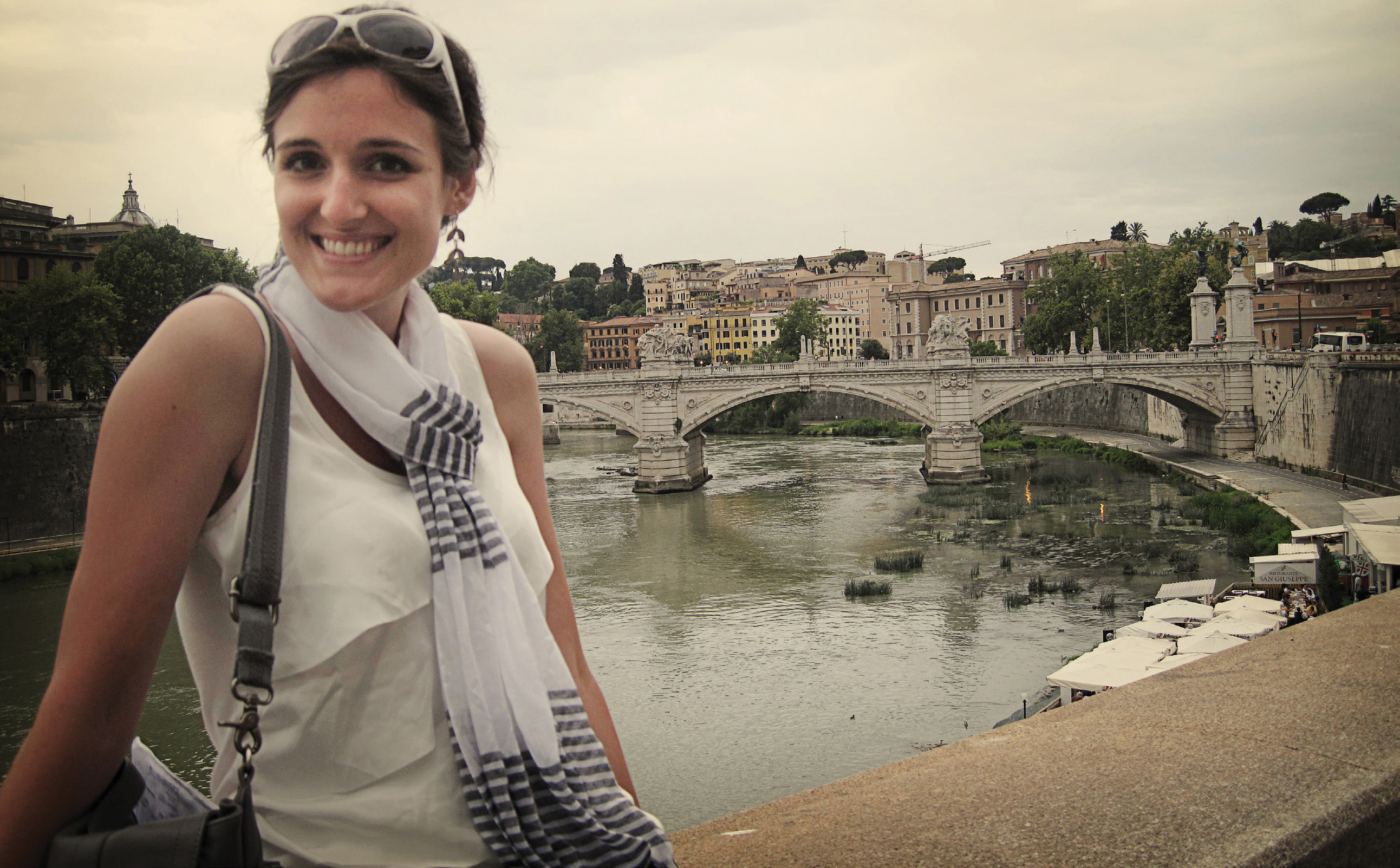 As the plane angled away from the runway and my head pressed back into the seat, I peered at the ground as it fell farther beneath me and thought, “I won’t be me anymore.”

Sitting next to me was my boyfriend of almost three years, Sam.* After what had been several confusing, painful months of separation, we were on a non-stop flight to Paris, France, for vacation. Before we had taken a break from the relationship, I had wanted more commitment, and he had consistently balked. But here we were on a romantic flight to Paris, relationship adhesive applied, with only hope, and possibly desperation, fueling us. The flight attendant mistook us for honeymooners, and for the rest of the flight, I blissfully napped on Sam’s shoulder. Somewhat. I still had questions. Did he really want to marry me? Was I about to lose myself?

While we were sightseeing at Notre Dame Cathedral, a soft rain began falling, and Sam asked me to hold his shoulder bag while he scooped out his raincoat. There at the bottom of his bag was a ring box. Had he seen me notice? I was flummoxed. Betrayed. Before we left for our Paris and London trip, we had agreed, in therapy that we would wait until after our trip to decide about marriage. The trip was to be anxiety-free, all major life propositions and decisions on hold. Now here I was, ambushed, the clock ticking toward an apparently imminent marriage proposal. My stomach contracted like an origami frog, and I began to silently sweat. Where and when would it happen? The Eiffel Tower? Sam liked over-the-top everything, so that seemed a likely location. However, it could happen at any time. Anywhere. And what would I say? I resented my position. The trip was a bust.

A year later, single and settled into my plane seat, I was on a flight to Florence, Italy, for a two-and-a-half week solo trip through Italy. Before I left, almost everyone I knew told me that I shouldn’t go. A woman traveling alone? To Europe? It’s unsafe, they said. Do you even know Italian? they asked. When first confronted with these questions, I sat still. I had already bought my plane ticket and booked several accommodations.

I didn’t know Italian, and I couldn’t be certain how safe it actually was. On the other hand, coordinating trips with friends because of schedules, families, and jobs were almost impossible, and now I didn’t have a significant other with whom to travel. It didn’t seem right that I miss out on exploring the world merely because I was not seeing someone. I was determined to take myself on adventures instead of being a passenger on someone else’s.

I knew that I wanted a connection, a relationship, again someday, but my abrupt, traumatic break up also reminded me of the truth that everyone is, in the end, an individual. A separate entity that is responsible for their happiness. I knew I wanted to embrace it and find baseline contentment through self-reliance. After a while, I developed more mettle and self-assurance

when responding to people’s concerns.

I won’t say it was always easy to ferret out public transportation, foreign languages, hostels, and even a convent with a 30-pound pack on my back in 98-degree heat, but it was thrilling, challenging, and a real confidence booster that I could.

Aside from these practical navigational discomforts, I was able to successfully use maps and websites to sightsee, dine, and return safely to my residence each night. Moreover, I swam in grottos off the Island of Capri, savored a didactic wine tour in Tuscany, beached in Palermo, and took myself out to heavenly al dente pasta dinners with crisp, sweet wine. I felt happier and more alive than on any trip I had ever been on.

I also met other single travelers, sang karaoke with them at 1 am, and elected to travel to Sicily with three of them. At the helm of my own adventure, I was able to be spontaneous, brave, and even indulgent, which is not something women tend to allow themselves. It was empowering.

1A Voyage of Independence

2A Voyage of Independence

3A Voyage of Independence

4A Voyage of Independence

The next summer, I flew to Spain for three weeks.

Something I love about travel is its ability to make me feel small. Smaller compared to the magnifying lens through which I tend to view myself and my worries. Among dense buildings, crowds of strangers, and enormous oceans, I’m only a speck, and in a way, it’s comforting. It’s reassuring to know that not every little thing I do, wear, or say matters. Knowing that I have the power to do great, impactful things, but that a lot of my daily worries and self-criticisms are trite and only get in my way is liberating.

Traveling alone was challenging. At times during my travels, I felt overwhelmed, lonely, and lost. I made mistakes, but from those mistakes, I learned

how to regain my balance and have confidence in my own resourcefulness. Once I had to sprint after a departing train because I had hopped off to validate my train ticket. I asked myself, “What is the worst thing that could happen?” I’d lose my clothes and toiletries

and whatever else was in my backpack. Money could replace those things. I’d be lost. I’d find my way again. I’d get hurt. Hopefully, I’d heal. During my trips, I made smart decisions and never took unreasonably dangerous risks. However, when confronted with an intention or a desire, however anxiety-inducing the prospect, focusing on one step at a time helped me move toward my goals.

I’ve always loved the poem by Emily Dickinson, “Hope is the Thing with Feathers” because of its, well, hopefulness: “‘Hope’ is the thing with feathers—That perches in the soul—And sings the tune without the words—And never stops—at all—.” Not everything can be planned from beginning to end, but you shouldn’t stop just because you can’t see every step of your plan. Sometimes action must precede hope. Take the leap and then keep singing.

Whether you’re traveling or making immense life choices like starting a business, having children, moving, saying “yes” to a relationship, or changing jobs, don’t sit still. Make your plans, purchase your ticket, and then watch as familiar ground evaporates into your past and you rise eagerly and confidently toward your future.

Monica Filippone Sechrist is a high school English teacher, theater teacher, gifted program coordinator, and fall play director in Pittsburgh, Pa. She loves to travel, read, act, and direct. Sechrist earned a B.S. in secondary education English from Duquesne University, an M.S. in educational leadership from The University of Pittsburgh, and a Ph.D. in instructional management and leadership from Robert Morris University. Sechrist resides in Pittsburgh with her husband Jake.