One More Step, One More Rep: Thriving with an Invisible Illness 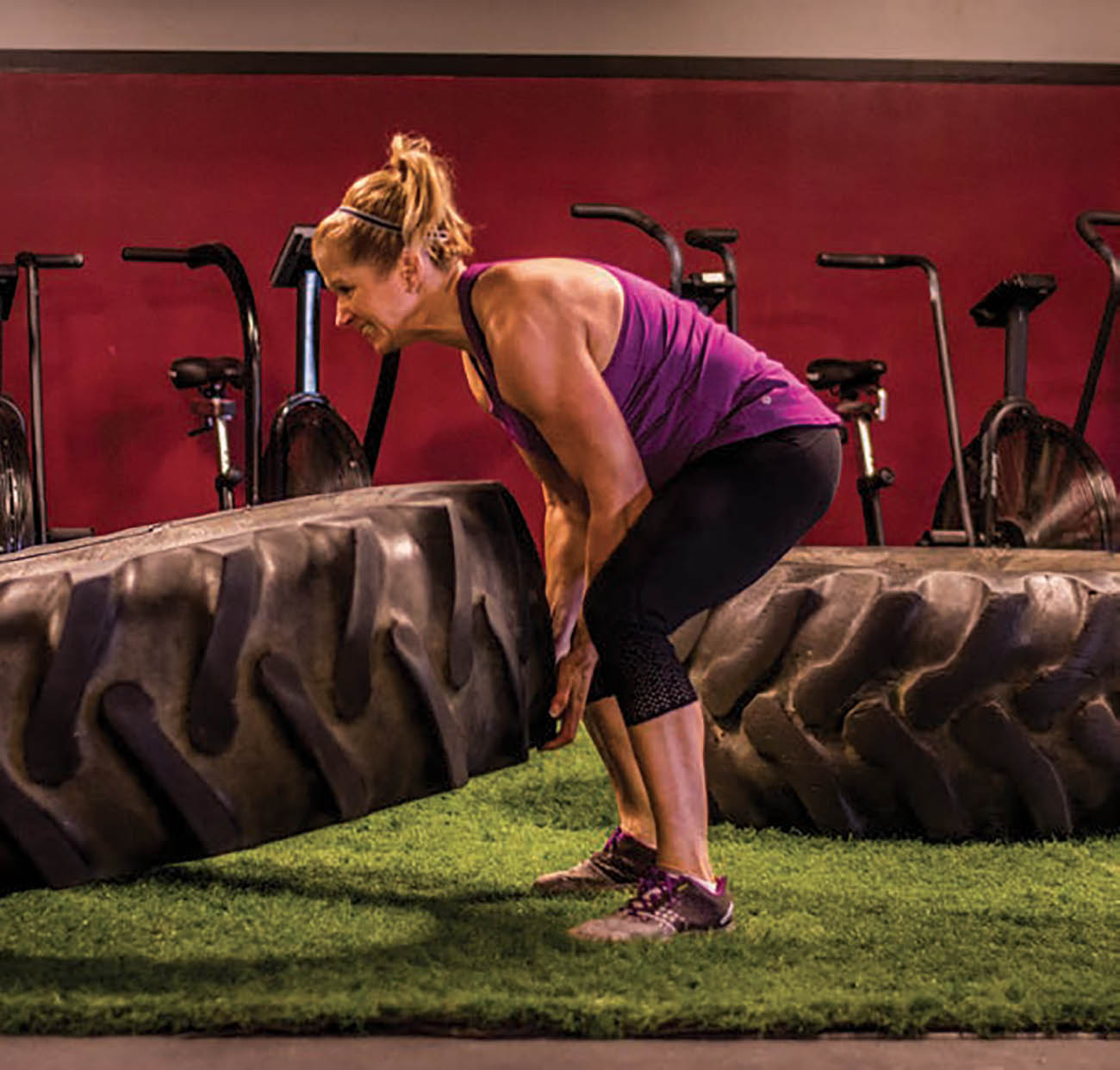 Sandy Fowler is a former elementary school and middle school principal and a professor at Robert Morris University in Pittsburgh, Pa, who taught methods courses to future math and science teachers. But her career came to an abrupt halt when she was diagnosed with multiple sclerosis (MS) seven years ago.

When she first quit her job, three years after her initial diagnosis, she knew that she had to slow down and believed that minimizing her activity would help keep her from having flare-ups. But she couldn’t make decisions, plan, or organize because of the MS, and combined with her hesitation to do physical activities, all this made her tired and depressed.

The less she did, the darker her world became. “I would drop off kids and then sleep all day. I never felt good.”

Soon, though, the light came back into her life.

“I got up from my nap one day and looked at Facebook,” Fowler said. “The owner and coach of a local CrossFit gym, Crossfit TPA, whose website boasts “Coaching Community & Accomplishing Goals,” posted that she was offering a women’s class focused on getting your life back through CrossFit.” Fowler knew she had to do something to turn her life around, so she asked the owner, Tammy Friedt, if this was something that might help her. Tammy, who was familiar with Sandy’s condition, encouraged Fowler to join the class—a high-intensity combo of sports and exercise (a strength and conditioning program) that would prove challenging.

Although the disease had slowed down this life-long athlete, she knew she couldn’t let it rob her of something that brought her so much joy. She prepared herself for this new challenge.

The change from working full-time in a job she loved—which stressed her body—to being retired meant that she had to redefine how she lived her life so she could recover some of her abilities, which she lost prior to and soon after her official diagnosis. A big part of the redefining process was her participation in CrossFit.

The CrossFit class, brazenly named “Primal MeltDown,” met three times a week. For the first 3–4 months, Fowler would only go to one or two classes a week and come home from class to sleep, but she didn’t quit. “Sometimes just stretching would wear me out. Soon, though, I could do the simpler exercises, and I began to work my way up.” Nearly a year later, Fowler had pulled herself out of depression and was making huge strides in class.

An active mother of three—a 14-year-old girl and 10-year-old boy/girl twins—today, Fowler focuses on living a healthy lifestyle and works to balance the disease with a life she enjoys.

“Chronic diseases like MS are unpredictable,” Fowler explained. “You never know when you will have a flare-up, so you have to know your triggers and listen to your body’s warning signs.” For example, she knows that wearing herself out in the morning can lead to a bad flare-up. Then her children won’t get the attention she wants to give them when they get home from school. Being retired has allowed her to rest as needed to prevent bigger flare-ups, which are harder to bounce back from.

“Finding a way to live with MS has been tough, and it’s different for everyone, but if I slow down when I sense that I’ve had enough, I can make this work. It’s about balance.” Fowler worked up to biking 150 miles for the Pennsylvania Keystone Chapter of the National MS Society “Escape to the Lake” bike ride in 2014, one push of the pedal at a time. She knows that less movement leads you into a cycle of decreasing ability to move and has no intention of leading her life from the sidelines.

“If you listen to your body while you push yourself to the next level, then you will know when to stop. And each time you try, you will make it a little further.”

Fowler credits CrossFit for giving her the boost she needed to make a change. “Because of what it’s done for my stamina and health, I’ve become a better person and better mom. You can’t place a value on that.” And she said that she’s never been stronger in her life. “My children will see that I didn’t give up, and taking care of myself helps me take better care of them.”

Fowler explained that the CrossFit lifestyle extends beyond the gym. Her children do CrossFit, as well, and the family follows CrossFit TPA’s suggestion of eating clean with a focus on whole foods and balanced meals. When I asked if her children “embrace” the clean eating that she encourages, Sandy laughed, “They don’t have a choice. However, enjoying ice cream at the local creamery is often a weekly treat. Mexican food, prepared as Paleo as possible, is a favorite meal, too, so we accommodate each other. My children will say, ‘If I hear “gluten free” or “Paleo” one more time, I am going to scream.’”

Participating in MS fundraisers is part of Fowler’s and her children’s lives. She bikes, runs or volunteers for everything she can, and her family and friends participate in the annual Walk MS & Bike MS events, as well. Fowler has also become a part of MS Run the US: an annual MS fundraiser—where runners volunteer to run a marathon a week from Los Angeles to New York. Fowler helps coordinate and support the Medina, Ohio, to Brookville, Pa., the segment near her hometown for the non-profit.

“Just being involved in the MS Society and helping raise funds through various organizations has been a gift,” she said. “Being diagnosed with a chronic illness has been difficult, but I discovered that I have a great support system—my friends, colleagues, and family, and I can help support others, too.”

Over the years since her diagnosis, Fowler has met so many people with invisible, and not so invisible, illnesses. She encourages others to be compassionate because you never know who is battling something silently. “I have watched friends, colleagues, and elementary students fight cancer and other diseases with remarkable courage and grace. Their memories inspire me to work harder each day and live to be the best that I can be.

So what would Fowler tell someone who’s just been diagnosed?

“You are better than your MS! You can do more than anyone tells you that you can do. Achieve one more thing each day, no matter how small. One more step, one more rep, one more move toward your goal of being the best ‘you’ that you can be!

“I know what it feels like to not move, to let my MS take over, to feel like my life was over. It was hard to take one more step, so hard to get off the couch because my body hurt and I was so tired. I lived in a cognitive fog that was unbearable. I had to choose to do more to feel better.

“It’s hard to conquer a chronic illness alone, so find someone who inspires you to keep going and achieve more. Ask for help, let that person encourage you, and appreciate the help. Every step forward will make your life better. Though you may get tired, you will be able to push yourself a little further the next time. And you will never look back!