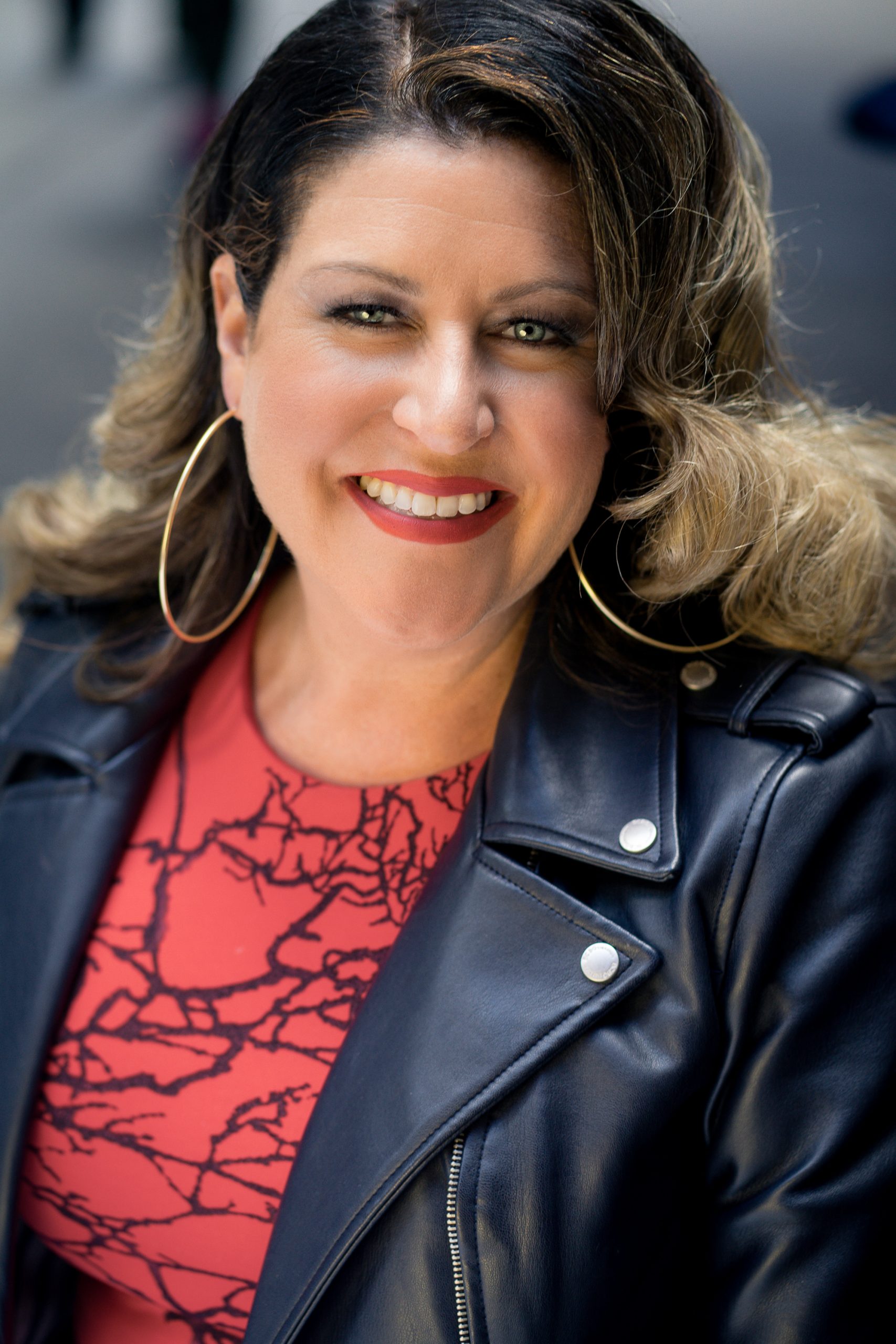 I moved to northern New Jersey just over five years ago not knowing what to expect, but I knew that something important and life changing was in my future. I had moved in with my (future) husband with great anticipation of what lay ahead for both of us. The only thing that I was certain of was that I wanted to help others and provide inspiration for those who needed it. I simply desired to be able to sit down on a couch with someone and have an honest conversation with them, hoping to provide just a little bit of light in their life. I have always been a believer in giving back, no matter how much, or how little, you have. I knew that I was meant for this, and the only challenge ahead was to discover the ways to make this happen.

After a few years of getting used to the hustle and bustle of the New York City metropolitan area, I decided to take my first step and start a podcast. It was actually quite easy to come up with the topics and the layout of the show, and with my positive attitude and ability to network, I was able to, along with my co-host, get our first episode recorded, edited, and posted to the podcast app. It was an exhilarating feeling. I had finally begun my journey.

We had a small, but loyal audience, and we interviewed several intriguing guests, including a surgeon and even a former WWE wrestler. When we weren’t interviewing a guest, we were able to dive into various mainstream and unorthodox topics, providing advice and giving our opinion to those who would find it useful. 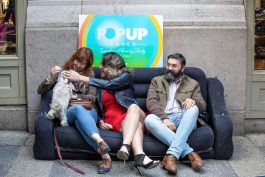 However, this was just the beginning for me. I returned to my ideas of sitting on that couch and having a deep conversation with someone, anyone, who was willing to open up a little bit and allow someone in.  How could I do this with no office, yet have access to thousands of people in different areas? The Pop-Up Couch!

My Pop-Up Couch is literally an inflatable couch that I can travel anywhere with, and of course I chose to travel to New York City. In only a short bus ride to the city, with my couch in tow, I was instantly stopped in the New York Port Authority Bus Terminal before even making it to the streets of NYC.  I was approached by several people who were attracted to my sign offering “100% Free Advice.” They were curious. They were amazed. They were in awe of someone strolling along with such a big smile, a big sign and a big heart. I knew I was on the right path.

I have continued visiting New York City as frequently as I can, setting up the Pop-Up Couch in Bryant Park, Washington Square Park, and my favorite location, just outside Grand Central Terminal.  I have met some of the most unique and talented individuals not just from New York City, but from across the globe, and it has only inspired me more to keep on inspiring others.

Most individuals I speak to on a weekly basis say that they struggle to find true happiness. This is the most frequent issue in my experience thus far. While it may sound simple on the surface and a very typical response, it is quite evident that it is a very complex issue that is unique to each and every person I have met. It seems as though most people are just looking for instant gratification. When that wears off, they are back where they began, unfulfilled and lacking purpose. The drive for instant gratification, I believe, is the quick and easy method, or the “quick fix,” to the deeper struggles they may be harboring inside. 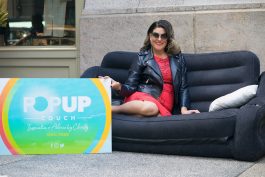 My goal is to inspire and motivate. However, it is not my prerogative to tell people how to accomplish this, but to plant that little seed of hope, or that little ray of light, and watch it flourish and grow over time, developing into true happiness that could last a lifetime. The most important message that I convey to each and every Pop-Up Couch visitor is to care about their dreams each and every day and to give a portion of their day, or their week, to working on that dream.

Personally, I feel like I am now living my dream. I want to pass that feeling along to others. Just recently, on a single visit to NYC, I met an aspiring DJ, a beautiful model, a blessed mother-to-be, a rugged ironworker, a future attorney, and a compassionate gamer. I was even able to give my handsome husband a kiss when he came to visit me. All on the Pop-Up Couch!

It’s always so magical sitting on the sidewalk of such a busy city, listening to people, and finding the commonalities between us. It is a beautiful thing to see people from all walks of life sharing their stories with me. I have also been blessed to be able to stay in touch with some of these wonderful people, continuing the conversations that we shared on that sidewalk.

While I am striving to inspire and touch as many people as I can, I truly believe that you should never forget where you came from and don’t ever think that you cannot change the world. You can change the world simply by changing yourself.