Home Living Designing and Building Robots Like a Girl, Encouraging a Future in STEM

Designing and Building Robots Like a Girl, Encouraging a Future in STEM 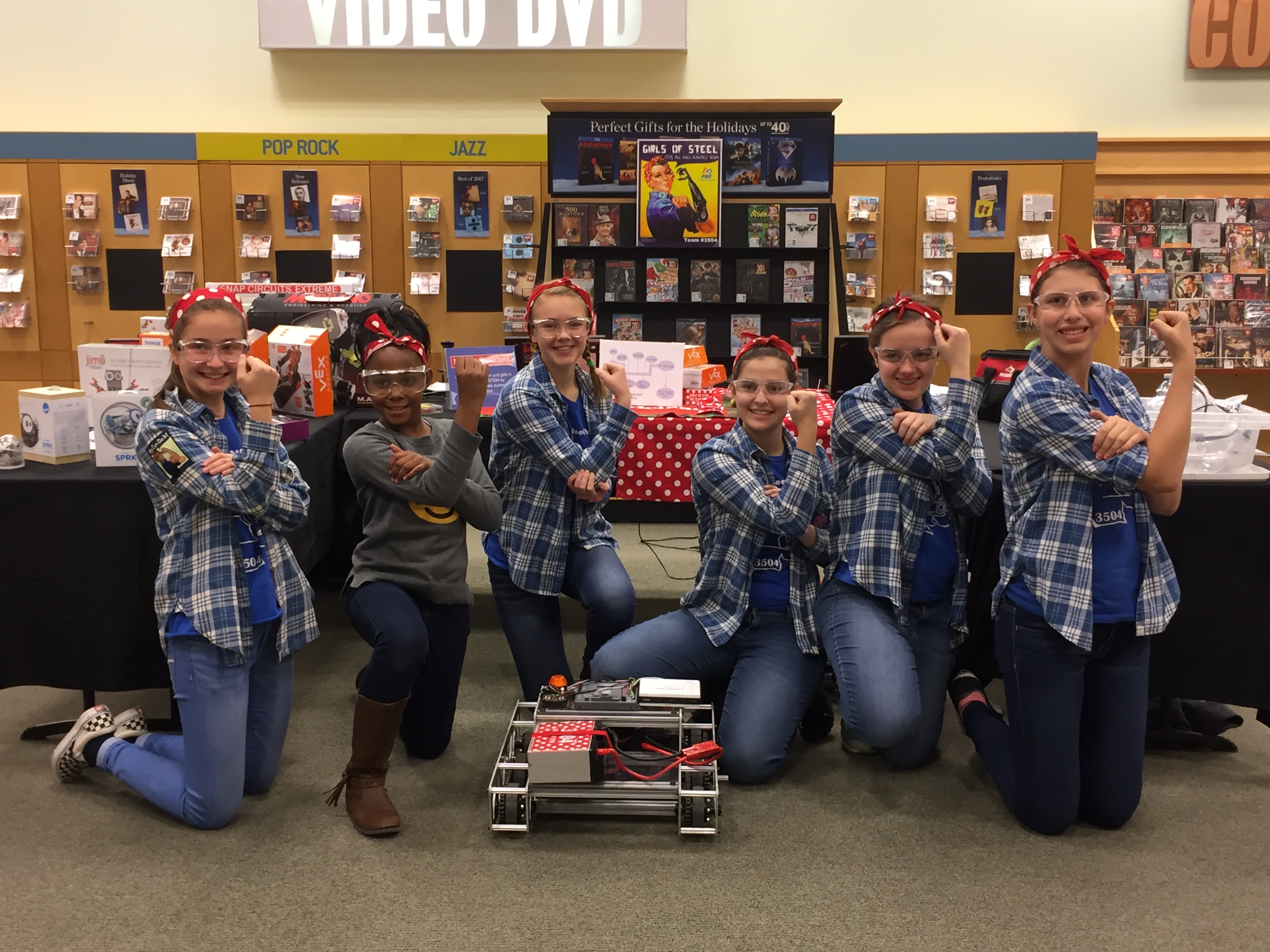 To empower women and girls in the pursuit of STEM by exemplifying female success in robotics is our mission.

Girls of Steel 3504 is an all-girls high school robotics team founded in 2010 and based out of Carnegie Mellon University’s (Pittsburgh, Pa.) Field Robotics Center with 52 team members from over 20 schools in the Greater Pittsburgh area. The team competes in the FIRST® Robotics Competition (FRC) level of FIRST® (For the Inspiration and Recognition of Science and Technology).

Each year, FRC allots a six-week build season in which teams plan, design, build, and code a fully functioning robot to fulfill the specifications of the game, which changes each year. This competition season, Girls of Steel earned a spot at the FIRST World Championship in Detroit, Mich.!

Building robots in only six weeks is difficult, demanding work, but that is what makes our mascot, Rosie the Riveter, so appropriate for our team. Rosie the Riveter is a symbol of female empowerment and a representation of the persistent female factory workers from WWII, and we wear our polka dotted bandanas and plaid shirts as a nod to her.

Girls of Steel was born out of the need for more women in STEM fields. Unfortunately, the sharp decline in STEM interest among girls between childhood and adulthood plays a role in the lower number of women in STEM as adults, compared to the number of men. Undeterred by obstacles, Girls of Steel Robotics team is determined to reverse that decline. Or, as we like to call it—“Fix the leaky pipeline.” (frc.ri.cmu.edu/girlsofsteel/resources/pipeline)

Outreach is our approach to the problem. Our robot demonstrations, presentations, camps, and workshops reach thousands and even attract new team members to our various FIRST programs! Over the past five years, we have hosted or attended over 275 outreach events and accumulated thousands of community service hours, all accomplished with the diligent work of high school girls.

Girls of Steel Robotics has founded many FIRST programs since 2010. These include two all-female FIRST Tech Challenge teams, four co-ed FIRST LEGO League teams, and seven co-ed FIRST LEGO League Jr. teams. All of these teams, which consist of children in grades K–9, receive hands-on mentorship from high school team members, as well as the opportunity to grow in a fun, yet competitive, environment. We are determined to inspire the next generation to become pioneers in STEM!

We are the Girls of Steel, and we’re all about helping everyone realize that they can do it, too!