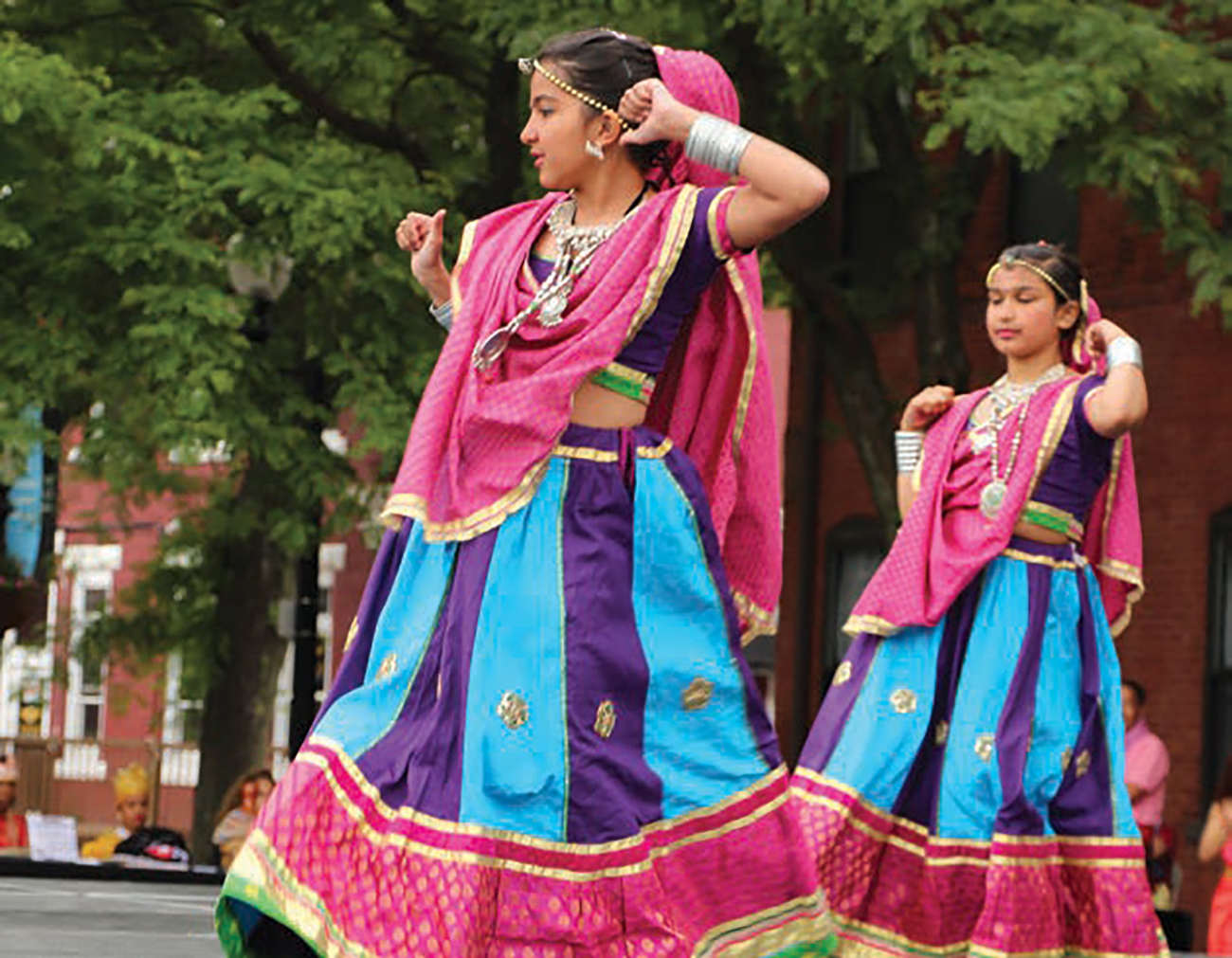 Sattie Persaud came to the United States from Suriname with the hopes of gaining a college education. As it turned out, she had much to teach us herself.

Persaud broke the cycle of seven generations of women married at or before the age of thirteen. She went on to become the first in her family to make it past the third grade, and then the first to drive and attend college, completing a B.A. in accounting from Pace University and a degree in screenwriting from the New York Film Academy. She has written two screenplays and is presently working on her first novel while managing a day job as treasury manager for the United Technologies Corporation. She has an impressive resume that spans multinational corporations such as IBM, UBS, and Lehman Brothers. Embracing her roots, though, led her to found the World Heritage Cultural Center (WHCC).

“The Universe gave me a chance to fulfill my dream of getting an education, something no one can take away from me,” she began. “Witnessing your most intimate dream come true is the most beautiful feeling. Because I wanted to give back to the Universe, I thought about what I value at my core. It’s family. So I started the WHCC to share my overwhelming love for my fellow humans.”

This overwhelming love led her to present international culture on a global platform.

It may be difficult to understand how someone growing up in a small, low-technology nation could feel so connected to all of humanity, but Persaud explained that Suriname is culturally diverse itself. Immigrants came from India, like Persaud’s family, and many other countries in Europe, Asia, and Africa to settle there. But they didn’t keep their traditions to themselves. When one family celebrated a holiday, their neighbors celebrated with them, no matter their cultural background. They put differences aside and enjoyed arts, food, music, dance, and more.

“My parents taught us that love extends beyond the walls of your home,” she said. “We’re all one family, one human race. Diversity is strength.” From her childhood exposure to the best that other cultures offer, Persaud learned that different is beautiful, and she wanted others to experience this same love of cultures—other’s as well as their own.

In the last century, we have truly become a global world. Humans migrate, immigrate, and escape to lands far from where they were raised. They care for their own families away from others who may celebrate the same heritage. Over generations, this can leave people lost without knowing their roots. The lines blur between cultures as we race to embrace other challenges in our lives. Persaud wants to remind us that our history is important. It makes us who we are.

“I began WHCC because I want to help people define their roots,” Persaud said. “Frequently, those born outside their native land feel lost in a sea of different cultures and backgrounds. Having a personal cultural identity, as well as an understanding of other cultures, is important. My own cultural identity shaped who I am.”

WHCC started sharing the beauty of other cultures with its first World of Colors Concert in 2009, which featured 23 countries and was broadcast to 160 countries. Since then, WHCC has also hosted the Global Beats Stage in the National Geographic Travel Show. This travel show is now independent of National Geographic and is one of the largest travel shows in the world.

“We’re all one family, one human race. Diversity is strength.”

To make its mission even more accessible, WHCC will launch its official online magazine in 2017 and is working with over one hundred consulates and embassies in the United States. WHCC also presents a Global Appreciation Award annually to those making a positive impact through knowledge and charity in the world. Visit www.mywhcc.org/ awards for more information.

Additionally, over the next 5 years, WHCC plans to create the first physical base for operations and events in Brewster, New York, to share and teach world cultures. Persaud spoke excitedly about the planned building. “We already agreed to purchase the land for $200,000 and received approval from the town for a 30,000 square foot building with a budget of $6 million. We are moving mountains to raise the initial $200,000 to finalize the land purchase.”

The WHCC facility will have a sound studio, green screen studio, ballroom, indoor theater, outdoor theater, classrooms, world library, cultural boutique, café, and a kitchen set with its own unique cooking show. It will be the perfect venue—a common ground—to expose people to other cultures through the arts, providing in-person cultural connections.

“You can watch documentaries and read about other cultures, which is wonderful,” Persaud said. “But seeing the dance in person, tasting the food, and meeting people from other cultures makes it powerful and real for you. It’s deeper. It’s humbling.”

What is Persaud’s vision for the future? She wants to create WHCC chapters or centers across the United States and worldwide. Her eye is on the broadest impact possible.

WHCC also has an honorable advisory board. To find out more about WHCC or to help them reach their goals with a donation, you may visit their website at www.mywhcc.org or email Sattie Persaud directly at info@mywhcc.org.