Home Culture We are Not Victims

We are Not Victims 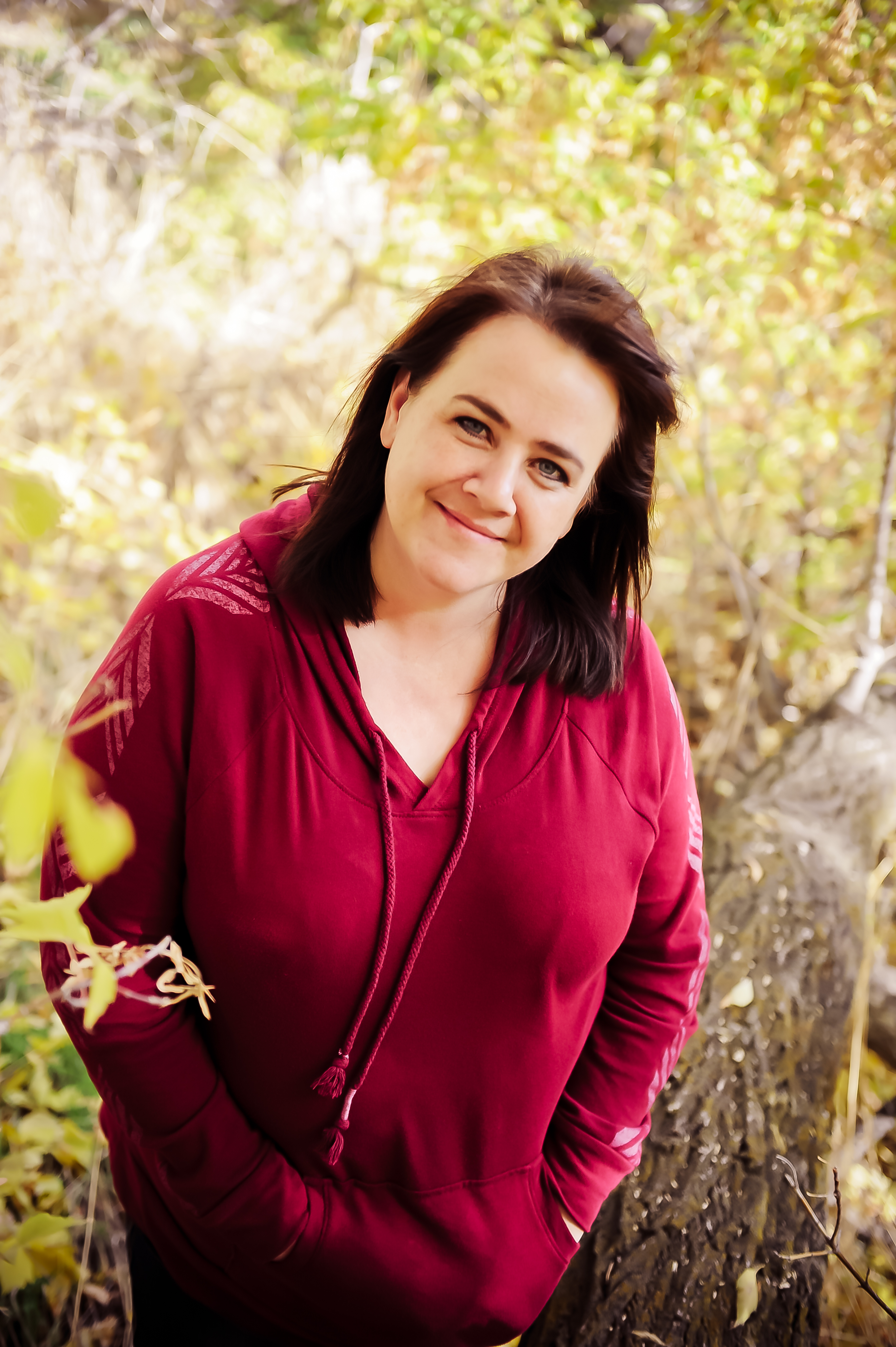 I have always known I was different. Everyone feels that way sometimes, but in my case, it was a fact. From my long sleeves and old fashioned-looking dresses to my long hair parted in the middle and braided. I looked strange compared to the kids I saw from the living room window walking to the high school up the road. I was not like them AT ALL. But it was more than that. My father had six wives and forty-six children. We lived in total isolation and abject fear of outsiders.

Growing up in a polygamous family I learned a few important things. Doctors were not to be trusted. Never ask for help from outsiders. Silence will save you. Abuse is normal. Education, especially for girls was not important, and men were better than women. I had to unlearn all of these things and many, many more in my journey out of the polygamous culture. I continued to feel like an outsider, long after my clothes and hair helped me fit into mainstream society.

It’s easy to look in on the polygamous culture and make snap judgments about the human beings that populate these communities. It’s easy to see them as victims of oppression and religious tyranny. While their circumstances are different, most everything else is the same.

They want to be loved and understood and do something meaningful with their lives, just like you.

They get scared, jealous, worried, angry and sad, just like you.

They are faced with cultural conditioning that is so ingrained they don’t even know it exists, just like you.

And just like you they need help sometimes . . . but they do not want to be viewed as victims.

The four women highlighted here are anything but victims. Three of them were born and raised in the polygamous culture. The other has spent more than ten years helping polygamists who are leaving their worlds behind and struggling to adjust. Each woman has overcome incredible obstacles, and in spite of the odds stacked against them, they have managed not only to survive these difficulties but to offer genuine support to others. They inspire those around them and have created powerful changes in the polygamous communities and beyond. Even though they had very little to begin with, they are giving back. 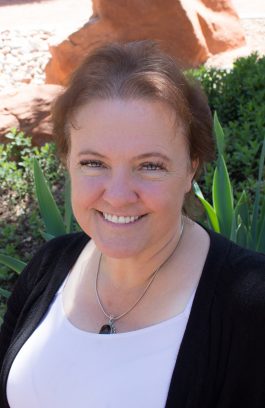 Julie Nielsen grew up as one of 46 children in a polygamous family where secrecy was a necessary feature of the culture.

When she was fifteen, Nielsen discovered a growth in her abdomen. She informed her parents but they were hesitant to take her to a doctor for fear of being “found out.” But when the tumor grew and began causing her immense pain, her father relented, and she was taken to the emergency room. During the surgery that followed, a fallopian tube and one ovary were removed, along with a basketball-sized tumor. This would have lasting impact on Nielsen’s health.

At eighteen, she was in an arranged marriage to a man who had paranoid schizophrenia. Again, due to the fear of doctors, he was not properly medicated, and everyone denied the seriousness of his mental illness. She eventually gave birth to four children before her husband divorced her and kicked her out of their home. At twenty-eight, Nielsen had very little formal education and nowhere to live. A friend told her about a family living in Colorado City that needed some help so Nielsen made her way to the polygamous enclave and served as a housekeeper and childcare provider for the family. It didn’t take long before the husband propositioned Nielsen to become his second wife.

“I desperately needed to be needed,” Nielsen said. But her new husband did not value her and treated her like a servant. That’s when Nielsen realized that she had to learn to value herself.

She became interested in self-healing, both the mind and body. She eventually divorced her second husband who had been abusing her children. She studied natural medicine, including reflexology, bio-meridian therapy, minerals, herbs, and nutrition.

“I work with clients from every walk of life,” she said, “and I learned very quickly that we are all the same, our needs are the same, our longings, our hopes, and even our problems. It is only our circumstances that are different.”

Today, Nielsen is a wellness consultant and medical intuitive with offices in both Colorado City, Ariz. and St. George, Utah. She is writing a memoir about her experiences. 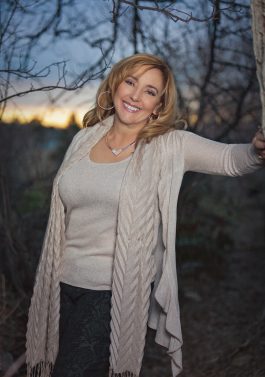 Leona Bateman has found herself in the middle of a life she could never have imagined. Born and raised in the Fundamentalist Church of Jesus Christ of Latter-Day Saints (FLDS), she was married at 16 to her husband, who was 17.

Under the dominance of the deranged Warren Jeffs—a convicted felon and child molester— Bateman and her family were put under increasing pressure to obey his leadership. Jeffs could legally evict families from their homes, take away their livelihood (Bateman’s husband had a business), and separate family members. During this time, Bateman’s 15-year-old son was expelled from the community, and his family was warned to have nothing to do with him. This would be the beginning of the end for Bateman and her family.

Eventually, they left the FLDS and moved to Elko, Nev. Bateman was reunited with her son, only to discover that during their separation he had struggled with homelessness, arrest and jail, abuse, drugs, and alcohol. In 2014 he ended his life.

Bateman, devastated by this loss, decided to take action. She moved back home. She was shocked by the state of her community. There was a sense of hopelessness as families that had been torn apart had no idea how to reunite. Young people were leaving without resources or options. Women who wanted out typically had no education and didn’t know how to divorce their husbands or gain custody of their children. She created a support group called The Girlfriend Club exclusively for women from a polygamist background.

“These women who have been viewed as weak and submissive are some of the strongest people I know,” Bateman said. The Girlfriend Club provided a safe environment for these silenced and traumatized women to find their voices and reconnect with other women.

Soon, Bateman also started a non-profit organization, The Creekers Foundation, to expand these resources. It includes The Brave Youth Project, which offers educational resources to young men and women, including drug awareness, dating and rape, pornography, Internet safety, and more. Bateman is seeking donations, sponsors, and educational speakers for her events. For more information go to creekersutah.com. 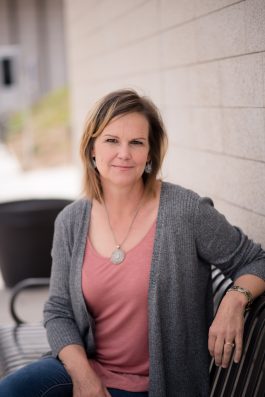 Mackert is the daughter of a polygamist family from Colorado City, Ariz. and is the 9th of 36 children. Her early school years were spent in the Colorado City Academy: a public school run by the FLDS.

Mackert was told that girls didn’t need much of an education and was not encouraged to study. Instead of believing these voices, Mackert was determined to prove them wrong. She was very competitive with her fellow students and was always reading. By the time she was in high school, she was on track to enter college. But before she graduated, her parents married her off.

“It was an arranged marriage. I was 17 and he was 23. He was not my choice of a husband, but I was stuck with him as far as I could see. But I was determined to finish high school and go to college.”

She worked during the day and took classes at night for three years before getting her associate’s degree. She continued her education while also having children at home. She went on to receive a BA in business education and became the campus dean of the Mohave Community College in Arizona. When she had her fifth child, her husband took a second wife. She threw herself wholly into her work to avoid the stress at home. After running the college for ten years, Mackert was 45 years old and mother to 11 children. That’s when she finally had had enough and divorced her husband. “Even though I was afraid, having an education and knowing that I could financially provide for myself and kids was crucial to my decision to leave.” She completely uprooted her children, left the polygamous community and moved to Cedar City, Utah.

Mackert is currently the academic director of Moonridge Academy, a residential treatment facility where she works with high-risk girls who have been traumatized. She deals directly with young girls who have dealt with suicide attempts, adoption issues, sex trafficking, abuse, and many other types of trauma. In addition to her work with girls, she is on the board of education for a new Montessori school opening in Colorado City, where she is thrilled to support new educational opportunities for polygamist children.

Mackert is writing a memoir about her personal struggles and finding her freedom. 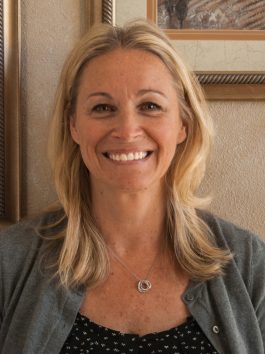 Tonia Tewell didn’t grow up in polygamy but she knows all about dysfunctional families—her parents were alcoholics and drug addicts.

When Tewell was twelve, she and her brother were abandoned. A family in the neighborhood took them in and treated them like their own children, even making sure they were well educated. Eventually Tewell moved from Nebraska to Utah, got married, and began raising a family.

Tewell’s life came to a halt when she was diagnosed with Stage 4 cancer in 2005. Sometime after her diagnosis, she received an email from a member of her church group letting her know that there was a mother with five children that had nowhere to go. She was from a polygamist community. Tewell knew nothing about polygamy, but she felt compelled to help.

“Someone took me in when I had nowhere to go,” she said. The family moved into Tewell’s house. Their story touched her, and she was concerned by the vast need of so many other polygamist women and children. “I think the gift of my cancer was that it inspired me to live boldly and to make a difference.” She created Holding Out Help (HOH) to support the many polygamists who found themselves desperate for help.

The HOH center has two full sized apartments, a kitchen, a conference room and gathering place for events and personal offices for therapists and Tewell herself. The services provided include basic survival provisions, food, clothing and shelter but it also offers counseling services, therapy, help procuring grants, legal services, and support with education. HOH also offers parenting programs and workshops that teach basic job skills like writing a resume, interviewing, and learning to budget.

“The women in these polygamist communities have the right to divorce their husbands should they choose, the men have a right to have access to their children, and the children have a right to go to school and be free of abuse in the home.”

Holding out Help is supported by the Utah Department of Workforce Services, the Utah Attorney General’s Office, Adobe Inc. Exodus Health Care, and many others. To help or to learn more, visit holdingouthelp.org.