Home Food & Travel A Riesling to Celebrate: Everything Wine 101

A Riesling to Celebrate: Everything Wine 101 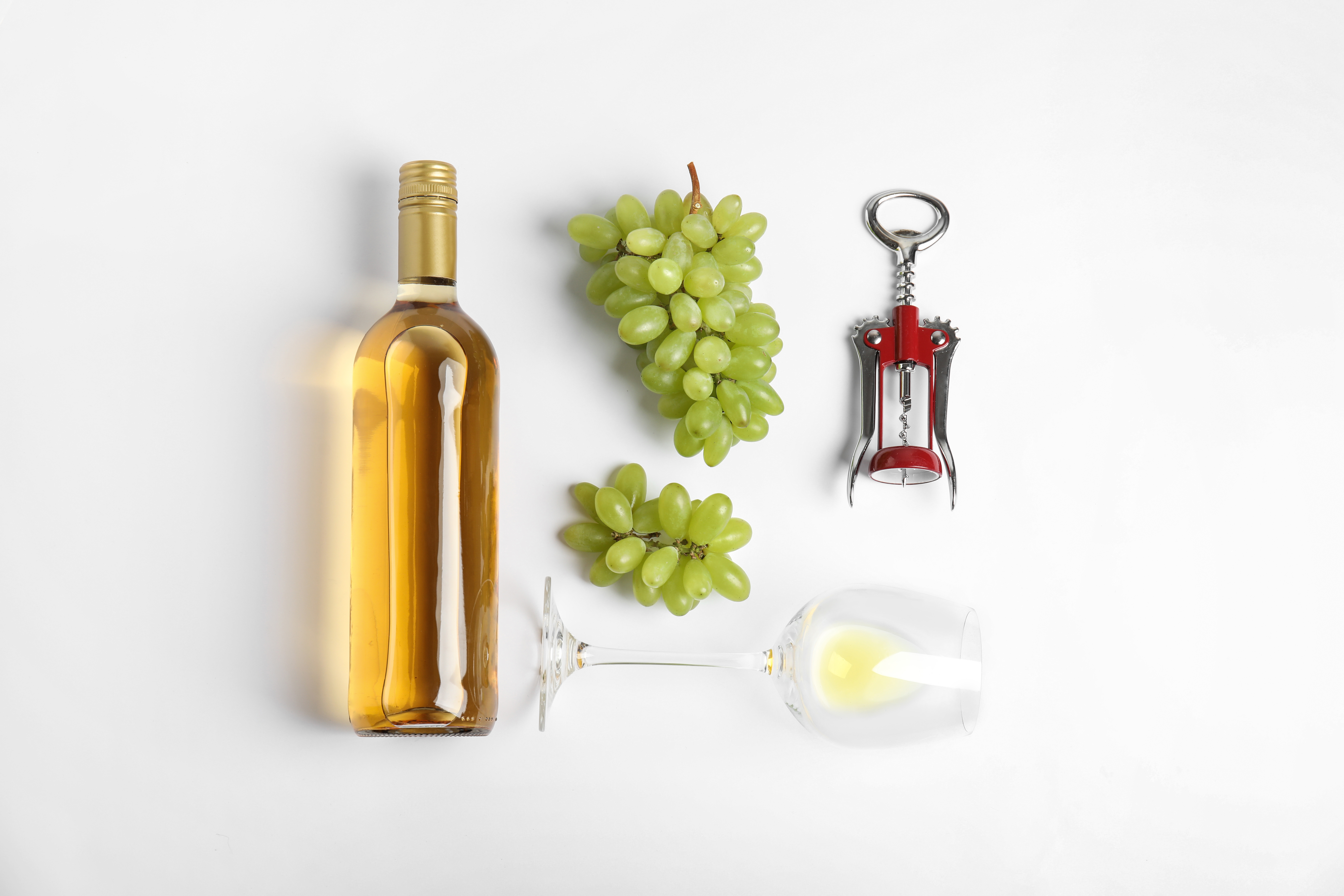 I’ll be honest. I have a vague understanding of wine. I know I prefer a sweet white, but when I go to a restaurant, I usually just tell them that and ask what they have. When they say a wine word that sounds familiar, I say that’s fine. I usually pick something that sounds like a baby name for the Hollywood elite. Sometimes it’s a hit. Sometimes a miss.

So I certainly got schooled when I spoke with Adam Knoerzer of Palate Partners School of Wine and Spirits and Ray Johnston with Jackson-Triggs Winery about EVERYTHING wine.

And that’s not just the wine talking.

Let’s face it. When we want to throw a dinner party or select a drink at an event, we all have our go-to ideas about what we like (or what we cling to). But sometimes, we don’t see what we want, or we want to try something new. So here are a few tips for selecting the right wine so you can look like you know what you’re doing . . . and not get stuck with a glass of something you’d rather dump in a potted plant.

For starters, let’s look at how to select a wine when you are out to dinner or at an event that presents you with a wine list. “The list is typically organized from the lightest to the heaviest wines,” Knoerzer explained. “Use your style preference when you’re looking at the list. Most people know already if they prefer white or red. Whites are at the top, and they progress through heavier whites to lighter reds and heavier reds at the bottom.”

What about picking a wine by country of origin? I know some people swear by a French or Italian wine. “There is still diversity in that category,” Knoerzer said. “Where in France did the grape originate? What kind of grape or grapes was used? You could find something from another country with a similar taste that you never would have tried if you limited yourself just by the country where it was made.”

“The climate and the environment can affect the wine flavor,” Johnston said. “Some wineries in Niagara-on-the-Lake [Canada] grow on the Niagara Escarpment (hillside) and get partial sun, while others are in an open area and get full exposure. That can change the flavor.” Incidentally, Niagara-on-the-Lake is on the 43rd parallel, the same as Tuscany and Southern France, so they have similar environments.

The harvest time affects the wine, as well. While most grapes grow from April through October, grapes intended for Icewine are picked in January. “Niagara-on-the-Lake makes 90% of the world’s Icewine,” Johnston said. “Most of the water in the grape is frozen and they only get a pin drop of pure concentrated juice, so it’s a very sweet wine, usually for dessert.”

The flavor of the grape can also be affected by the soil. “If there is a lot of rock and clay in the soil, the roots have to fight for water, so the grapes are usually smaller and produce a stronger flavor,” Johnston said. “Other things growing or living in the region can add to the “nose” or the aroma emanating from the wine. Many of the wineries in Australia, for example, are close to eucalyptus trees. Often wind will blow the leaves onto the grapes leaving their oil behind, so a lot of the wine from here have a nose of eucalyptus.” Other smells could include leather, apples, grass, tobacco, wildflowers, and much more!

What about wine and food pairings? Is there a rule?

“Many people have a preference for white or red, and that’s fine,” Knoerzer said. “But there is an art to pairing wine with food to help bring out the flavors in both.” Basically, you want to look at the salt and fat in the food. Higher salt and fat contents will soften tannins from the grape skin, which is why people typically order red wine with steak. “If the wine is sharp, eat something salty with it. That can soften intense wines.”

“Typically, think of drinking lighter wines with lighter food,” Johnston said. “Sauvignon blanc or Riesling with salad or fish, for example. But you can also look at acidity after that. If the fish is prepared with lemon on it, then a sauvignon blanc like Kim Crawford from New Zealand, which has high acidity and lemon zest in it but smells like peaches, brings out the lemon taste while the two acids cancel each other out to create a sweeter wine.”

What about serving the wine? As it turns out, fresh from the cupboard and poured into a juice glass isn’t optimal. “We tend to serve whites too cold and reds too warm,” Knoerzer said. Light-bodied wines should be served colder: around 45°F for a sauvignon blanc or Riesling and 55°F for a full bodied chardonnay or viognier. Lighter bodied reds like pinot noir or beaujolais should be served around 55–59°F, while fuller bodied reds like cabernet, merlot, or syrah are best at 60–64 cabernet, merlot, syrah.

And of course, you should pour it into a glass that is appropriate for the type of wine. While champagne flutes, designed to let bubbles flow through the whole glass so they won’t dissipate fast, tend to be a no-brainer, but the other wine glasses may leave you asking a lot of questions. To keep it simple, serve whites in a smaller, narrower glass and reds in a larger, wider glass. The larger glasses accommodate the stronger aromatics of reds better and allow the subtler scents to come to the surface while airing out the harsher tannins.

“Using a decanter or aerators when you are serving wine is like sending the wine through a time machine,” Johnston said. “That increases the amount of oxygen in the wine, mimicking what would enter the cork over 10 years.”

“Rosé is popular in summer, but it’s really suited for the whole year,” Knoerzer said. “You can also look at light-bodied red wines, which are good chilled. For fall’s cooler temperatures, people usually want more robust wines or scents like baked apple or pear and wet leaves.”

What if you want to try something new? “You can’t tell anything from smelling the cork, it just smells like cork,” Johnston said. “Even if you know you prefer whites, for example, you don’t want to pick something too far from what you like. A chardonnay is often heavy and oaky, which is very different from a Riesling.” Johnston suggests a visual assessment. “Paler whites are a lighter wine, but straw-colored and darker whites are heavier. If you can see your finger through a red, it’s lighter; if you can’t see through the wine, you have a heavier red.” If you’re testing wines, you’ll pick up the taste of sweet, salty, bitter, etc. on your tongue, “but stick your nose in the glass and smell. If you don’t get the smell, swirl it. You can swirl on the table to prevent from spilling.” You should be able to pick up the fruity scents—peach, apple, and other white fruits for white wine and cherry, plum, blackberries, and other red fruits for red wine. Sip the wine and swish it so it hits all the parts of your tongue before making your decision.”

Adam Knoezer is a certified sommelier and WSET level 3 in wine. He is the current U.S. champion in 2019 Wines of South Africa Sommelier Cup Palate Partners School of Wine and Spirits. Visit palatepartners.com/classes for their Wine 101 and other classes held in Lawrenceville, Pa.

Ray Johnston has his WSET level 2 and over 13 years of experience selling Wines from Canada and around the world. He is currently the estate manager at Jackson-Triggs Winery in Niagara-on-the-Lake, the #1 selling brand in Canada. After visiting Niagara Falls, tour the winery! jacksontriggswinery.com