Home Living See the Invisible, Do the Impossible: An Interview with Danelle Umstead

See the Invisible, Do the Impossible: An Interview with Danelle Umstead 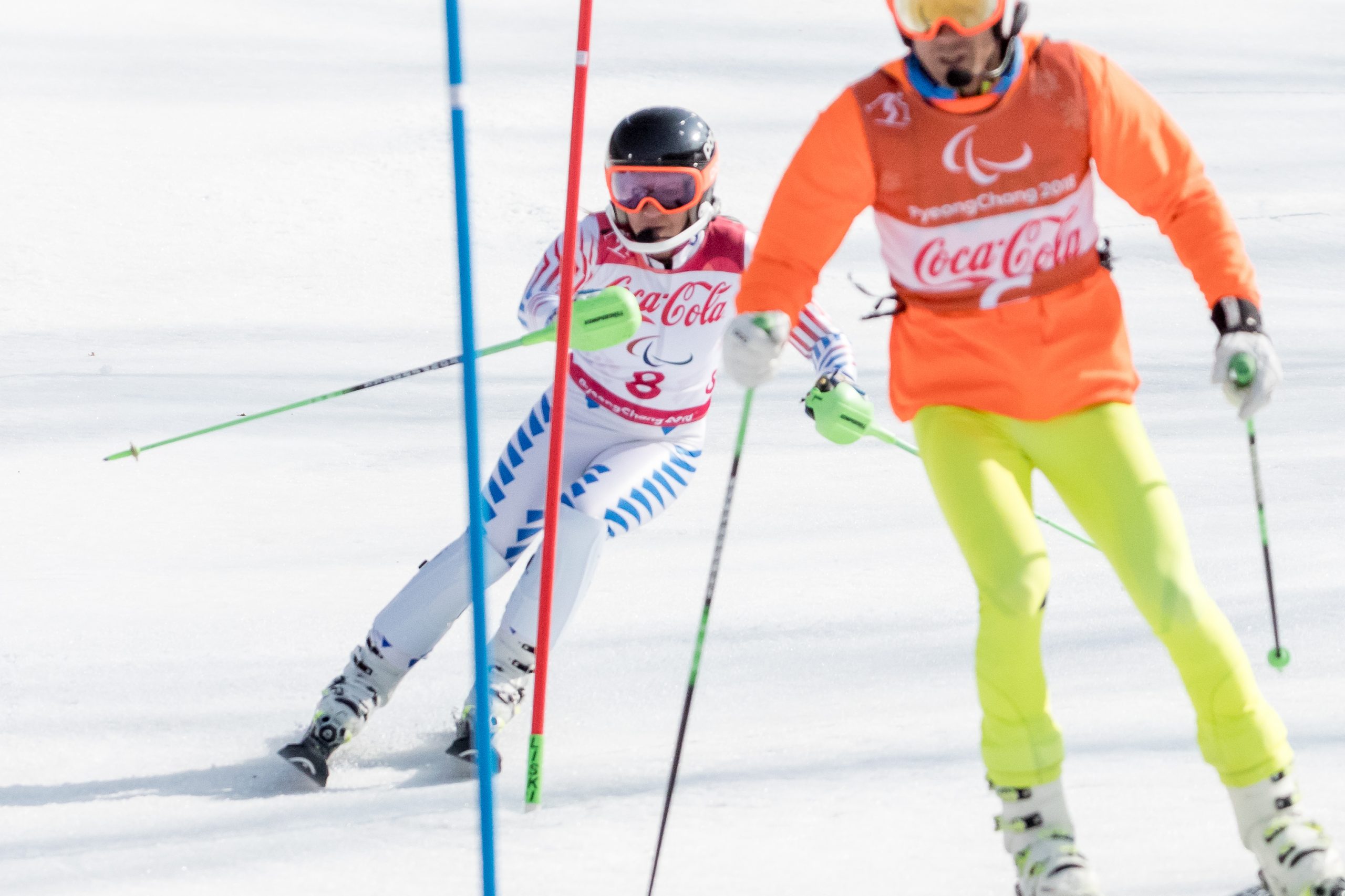 Danelle Umstead is a blind ski racing champion, living with multiple sclerosis. You may have recently seen her on the 28th season of Dancing with the Stars, where she was the first visually impaired person to appear on the show. Her husband Rob and she are members of the USA’s Paralympic Alpine Ski Team. Together, they compete as Team Vision4Gold, and they do the impossible every day.

“Only he who can see the invisible can do the impossible.” ~ Frank L. Gaines

Imagine what it’s like to ski down mountains up to 70 miles per hour.
Now imagine what it’s like to do that blind.
This is what I do. And most people think that it is impossible.
When I was twenty-nine, I learned quickly that the impossible can’t be done alone. I had never skied before. My father had learned how to ski only the year before. He learned about an adaptive program, and I didn’t think I could do it. I was almost totally blind when my father became my first guide, and we learned how to partner with visually impaired skiers. He skied in front of me and gave me instructions, and I skied for the first time in my life. It opened a world of possibilities. I am lucky that he took that step toward my freedom. 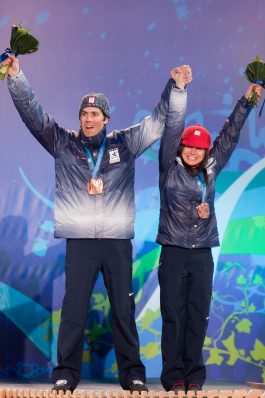 Four years later, I met Rob when he flirted with me in a bar after skiing. Because I am blind, I had to ask my friend how he looked. To my relief, she explained that Rob was “tall, dark, and handsome.”

Rob was a former collegiate ski racer, who became my husband and guide; together, we have made history. We discovered the secrets that can empower a team to do the impossible. Despite my blindness and MS, as Team Vision4Gold, Rob and I have won three Paralympic bronze medals, four World Championship medals, and over 50 Alpine Skiing World Cup medals. We were the first husband and wife visually impaired ski race team to compete and medal for Team USA at the 2010 Vancouver Winter Paralympic Games. We earned bronze medals in both the downhill and Super Combined events, and ended that season with the overall and Super-G World Cup titles.

Four years later, Rob and I competed in the 2014 Winter Paralympics Games in Sochi, Russia and won another Paralympic bronze medal in the Super Combined.

Now, we travel the world as ski racers and motivational speakers, competing and showing individuals and organizations how to create high performance teams.

I fell in love with Dancing with the Stars as I watched in on a big TV screen from 4 inches away, and I realized that I wanted to that someday. Eleven years later, I got my opportunity.

I was the first blind contestant, and they didn’t know what to expect. My partner Artem Chigvintsev had never danced with a blind person, so together we figured it out. He was a great partner. Since I had no prior dance experience, it was truly a leap of faith for me. We danced to Rise Up, which is my power song. Sound creates a picture in my mind, the movement flows from that, and the most beautiful part of it all is the storytelling.

Going blind may have taken away my sight, but it hasn’t taken away my vision! Rob and I are set on proving that anything is possible. Initially, our dream was winning gold at the 2010 Paralympics. Now a decade later, Team Vision4Gold is still winning, going strong, inspiring and empowering individuals and organizations to overcome obstacles and win big.

Recently, I went to the Miami Lighthouse to play and talk with the preschoolers who are blind. The Miami Lighthouse was our first sponsor back when others didn’t believe in us, so giving back to the little ones in their care was wonderful. I love being a part of giving back. It’s true to my heart!

Telling my story in the beginning was hard. It’s very healing now. My story is being told on stages internationally, and through my book that will be coming out in the near future. I share my story with one goal in mind. To inspire others to be better, live fearlessly, and never give up!

We all have a story to tell to inspire others. It’s a blessing to help people see beyond their limitations and live their impossible.

Umstead will be launching a nonprofit in the near future to empower a community of women and girls with physical disabilities through involvement in and a love for sports. Connect with her on Facebook, LinkedIn, Twitter, and Instagram all at @DanelleUmstead or at danelleumstead.com.