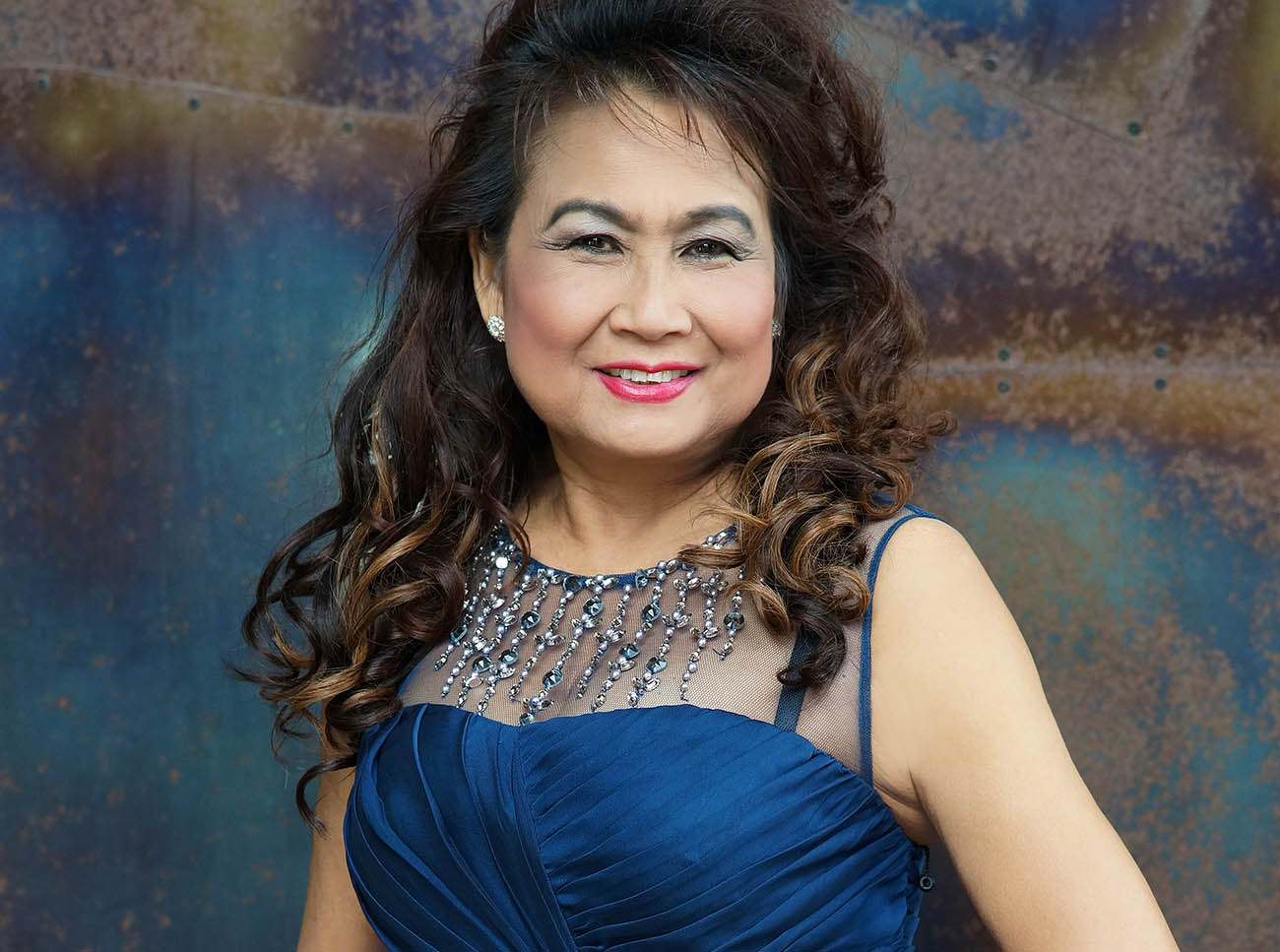 Life is a challenge for us all. No one gets through unscathed. But some individuals seem to endure more than their fair share of pain, yet rise to levels of greatness beyond anyone’s wildest imaginations. How do they do it? How do they keep going when they have every justification to give up? Sometimes, life’s injustices also create life’s greatest warriors, and Nancy Oakley—owner and CEO of Nancy O Magazine—is one of them.

Magazine—is one of them. Born in Thailand, the “Thai Princess” has survived rape, moving to a new country, abuse, the loss of her children, the murder of her sister, and three bouts of cancer to become the extraordinary person she always knew she would be. Her faith in a higher power has kept her going and keeps her believing her mission on this Earth won’t be complete anytime soon.

“I tell everybody not to give up, to keep pushing,” Oakley says. “Keep doing what you are doing. I come home and cry, too. I just don’t let people see. Don’t give up.”

Not giving up is an understatement when it comes to Oakley. She grew up poor in Thailand, but despite her circumstances, she knew she was going to be someone remarkable someday.

“I appealed to the sky that I was going to be successful one day, and I never gave up. I knew it would happen, and it did.”

It almost didn’t happen, though. A series of near-death experiences plagued Oakley as young as age 10. While in the jungle with her mother hunting for mushrooms, she was bitten by a mosquito. Her mother tried to get her medical attention, but sadly, hospitals in Thailand only treat those who can afford to pay, and Nancy’s mother could not.

Nancy’s serious condition caused her mother to think she had passed away, but then, a kind stranger helped her get the care she needed. “I woke up four months later in the hospital. I learned to walk and talk again. I knew at that time that a higher power kept me on this Earth.” Unfortunately, just a few years after this incident, she was raped and left for dead in the street. After she healed she said, “I wasn’t the same. I knew God had a plan for me.”

That plan included coming to America. A 15-year-old Oakley married and headed for the United States. Life was anything but easy. Her husband was abusive. When she finally was able to leave him, he did the unthinkable, kidnapping their small children, ages two and six months. It would be years before Oakley would ever see them again. She was alone and homeless. Even through that despair, she chose to move forward, never letting on how dire her situation truly was.

“I went to church and learned English as a second language. I worked several jobs and went to school. I earned money by helping walk dogs. I spent money on nice clothes so people didn’t know I was homeless. I slept at the beach and kept money in lockers until I got an apartment. I focused on what I wanted to do. It was about me and what I wanted.”

She did make that difference. After school, she went to work for the Air Force, and the jobs kept coming after that. Unfortunately, so did the brushes with death. In 2008 Oakley was diagnosed with uterine cancer. She was sent to a hospital in Washington State for treatment. The news was not good. Oakley withered away to 40 pounds, and the doctor urged her to start making some painful decisions. But that wasn’t in the plan.

“The doctor said I was going to die and to do a will to leave for my children. I said ‘No. I’m not dying!’ After he left my room, I knelt and prayed to God and said ‘if you kept me alive this long, give me one more chance.” I felt healing over my body. The next morning the doctor gave me a checkup, and he said ‘What did you do last night?’ He started crying. He said ‘I just witnessed a miracle! I cannot find cancer in you.’ The media came to interview Oakley, and she considered that to be her first big break.

Her next break was also born out of tragedy—when her sister was murdered by her husband, she became the guardian of her nephew Anthony and raised him. At this time she was interviewed by none other than Oprah Winfrey, who featured her nephew’s story on her show in 2006. Winfrey encouraged Oakley to start her own magazine, and her first publication, Nancy O Magazine, was born. Since then, Oakley has published and been featured in several more magazines and is the proud author of several books. Three of those books, The Quest for Serendipity, Cup of Tea, and The Thai Sanction, are all currently being made into movies. She keeps many of these treasures at the bookshop she also owns and operates in San Antonio, Texas.

Oakley also has an Oscar to her credit. She is the recipient of the 2014 award for Outstanding Author. After 15 long years, she finally got her children back, but sadly, her trials have not ended. Oakley faced one more bout with uterine cancer and is currently battling stage 1 lung cancer, although she is a non-smoker. However, those who know Oakley know she hasn’t skipped a beat.

“I feel like I have so much to do. What about other people who need me out there. I have life and energy to do things.”

Despite all she has been through, how has she been able to forgive and move on? “God,” she laughs. “I don’t think about it. Just forgive. I know who to answer to. Let it go. That’s all I can do.” Nancy Oakley approaches life with grace, faith, and strength. She is truly a Thai princess in every way.