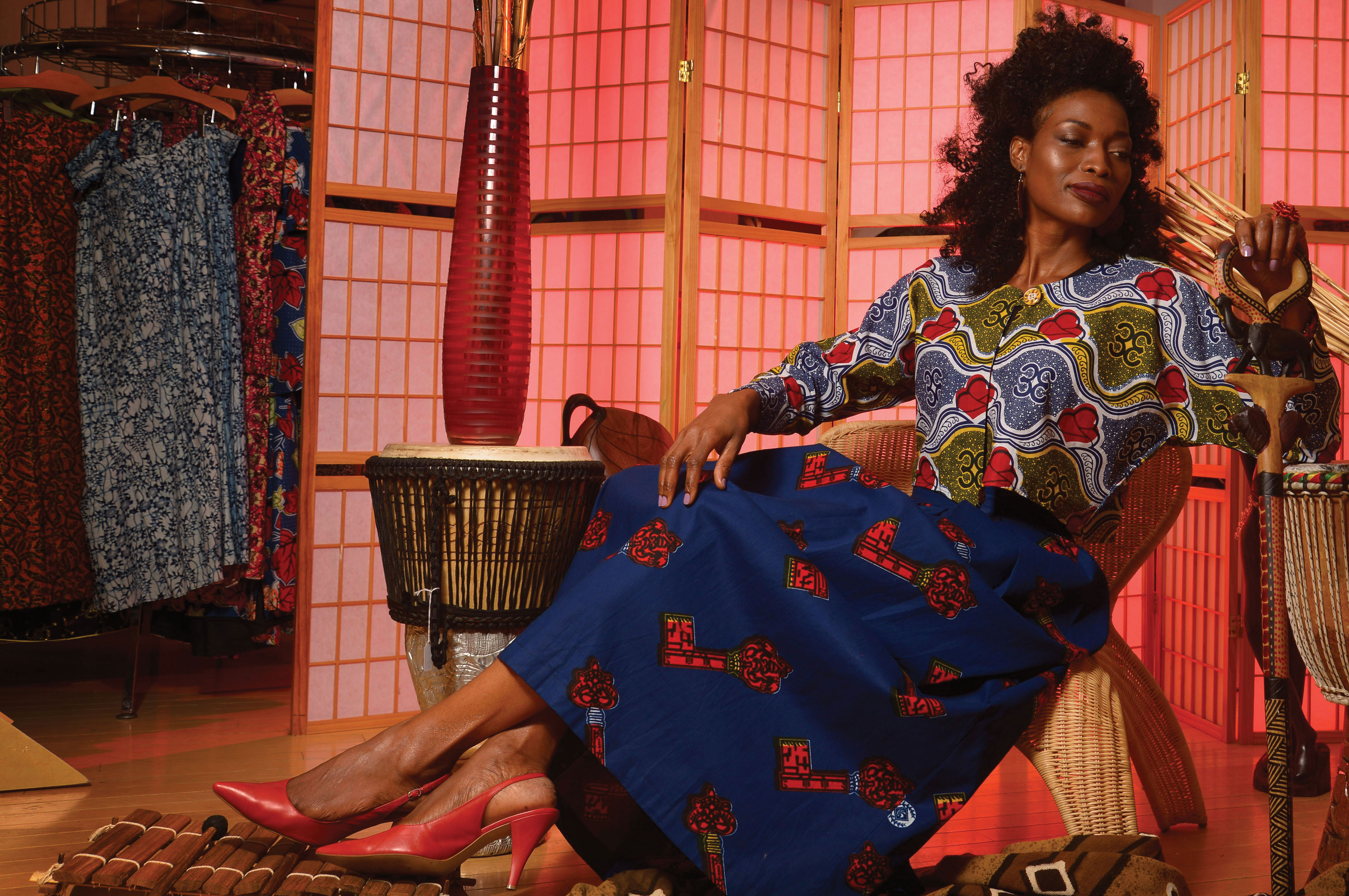 Behind the Scene from my recent photoshoot for Inspiring Lives Magazine
00:55

There is a vibrant life and beauty in Pittsburgh, Pennsylvania’s Hill District.

Walking on Centre Avenue, one feels the vibe of an up-and-coming city neighborhood—people bustling in and out of the new grocery store and other small businesses that have sprung up. One also feels the strong sense of community. People stop and talk to one another like old friends. There is a sense of strength and self-sufficiency, a people who have taken their neighborhood back and are building it stronger. Thanks to places like the Ujamaa Collective, the Hill District is thriving.

According to executive director Lakeisha Wolf, the idea of Ujamaa was born in 2008 to do just that, take back the neighborhood from further development in the city, which could devastate the balance and culture of the area even more. “This was at a moment where the city and the community were at odds because they wanted to put a casino in the Hill District,” she explained. Lakeisha then told how the construction of the former Civic Arena and roadways as far back as the 1960s displaced residents, businesses, and the culture of the Lower Hill District. The community still reels from these effects to this day. “This is one of the communities [in Pittsburgh] . . . that has had the steadfastness to hold onto the historical and cultural identity of who they are, but also, in doing that, they are really steadfast in saying ‘no more.’” This community is committed to maintaining its unique personality.

“So at the time when the casino was being proposed,” Lakeisha continued, “our founder Seleta Hickman was really inspired because she was thinking about herself as a handmade artist and a lot of the other women she came in contact with. We were artists, but in a lot of other ways we were also activists and had a lot of care and concern for our community.”

Seleta began researching African History and antiquities at the Carnegie Library. She became curious about how African people lived pre-slavery and colonization and what they managed to achieve. Her research and activism culminated in Ujamaa, a non-profit organization whose mission is to “create spaces, opportunities, networks, education, and support for women of African descent to grow as entrepreneurs, artisans, and servant leaders so that ‘we may lift as we climb.’” The concept of Ujamaa comes from the fourth principal of Kwanzaa: “to build and maintain our own stores, shops, and other businesses, and profit from them TOGETHER.”

In 2010, the group opened a boutique on Centre Avenue. The store is for consignment and wholesale and features makers and artists who may not otherwise have access to mainstream markets. The marketplace also takes custom orders, offers layaway, and makes their items affordable to the community. The store currently lists about 150 independent artists, with the works of about 40 actively for sale at any given time.

The Ujamaa Collective exercises fair trade, which values the person, process, story, and discovery of

the artist doing the work. Lakeisha explained that many black women in the community were struggling to price the items they made, leading many to undervalue their work. “So many factors play into why [a woman] feels that way about herself and about her work. So there is this generational passing down of this inferiority complex that we really have to work on and undo.” Ujamaa also works with the Union of African Communities, ensuring that goods are sold at a fair price.

Lakeisha, who runs day-to-day operations at the store, happened to be looking for a seamstress one day. The woman she had her heart set on hiring wasn’t available, but she knew someone who was. Enter Dawn Surgest, who happily took the position. Dawn made the most of her new opportunity by becoming a member of Ujamaa and a designer, and a career was born…

So was the trip of a lifetime to expand the idea of fair trade.

In November 2015, Dawn designed the Royal Roots Collection, which is the first original line of skirts and accessories from the Ujamaa Collective. While Dawn designed the skirts locally in Pittsburgh, she and Lakeisha collaborated with a wholesale group to make a trip to East Africa to produce the actual product.

“One of the vendors we began wholesale buying from was the Tanzanian group that ultimately produced the Royal Roots Skirts,” Dawn explained. Through email, Facebook, and Skype, she built a relationship with the women of the Karagwe Vimaka Vocational Training Development and Poverty Alleviation (KVPDA)—a non-government Tanzanian organization that provides training in tailoring, entrepreneurship, and home management to encourage self-reliance. Eventually she made arrangements to go to Tanzania and have them produce the line.

Because Ujamaa is a Tanzanian name, it was only fitting that the women produce the first line of skirts in the country of origin. Lakeisha coordinated the strategical efforts for the trip, securing grants, logistics, and assistance. The women partnered with Amizade and the Global Switchboard to make the trip happen. The local KVPDA provided translators.

Dawn described how different Tanzania was from what she’s used to—lack of technology and paved roads were part of the culture shock. She said that working in such natural conditions “was grueling, hard work. When I look at pictures of myself I think ‘I look so rough!’ But that’s how it was. It was a labor of love.”

Partnering with the talented seamstresses who made the skirts made it all worthwhile.

The team included ten young women from the community who used simple sewing machines that many of us would consider antiques. These ladies are serious about their craft, though: they effortlessly turned out 230 skirts in just ten days! Using fair trade ideals to negotiate their compensation “worked out well because KVPDA was able to earn money for their community.” A beautifully fashioned win-win!

The takeaway from such an experience? “It really motivated me. I would complain my air conditioner was broken, I need a new computer, or I’m not going to sew today because it’s too hot. Now I think ‘that’s just stupid!’ I came home with an appreciation for the conveniences and luxuries that I have, and motivation to get the job done no matter what!”

The reception the skirts have received locally has been positive. Royal Roots has been shown in several fashion shows in the Pittsburgh area, as well as New York City to great reviews, and less than two dozen skirts remain on the rack at Ujamaa.

So what’s up next for the Ujamaa Collective? Dawn plans to expand the Royal Roots line by adding pants to the collection. Pockets have also been a popular request, as well as fabrics from different African countries. A future trip to Tanzania is also in the cards to help the young women with their marketing and exposure. Dawn also dreams of entering their designs, along with hers, in Swahili Fashion Week to gain exposure and revenue for everyone from European markets as well.

Lakeisha would like to see Ujamaa help those in the community reach new objectives. “There are some markets and industries, from an entrepreneurial perspective, that African-Americans—at least from my perspective—haven’t touched or haven’t really gone into. In thinking of development and business, especially younger people starting a business, there are a lot of programs that are teaching industrial trades (welding, woodwork, etc.) but are only thinking about them as far as construction.” She would love to see leaders encourage use of these skills in a variety of disciplines. “We want to help people see what the opportunities are, and it’s really beyond our four walls.”

For more information on the Ujamaa Collective, please visit http://www.ujamaacollective.org/