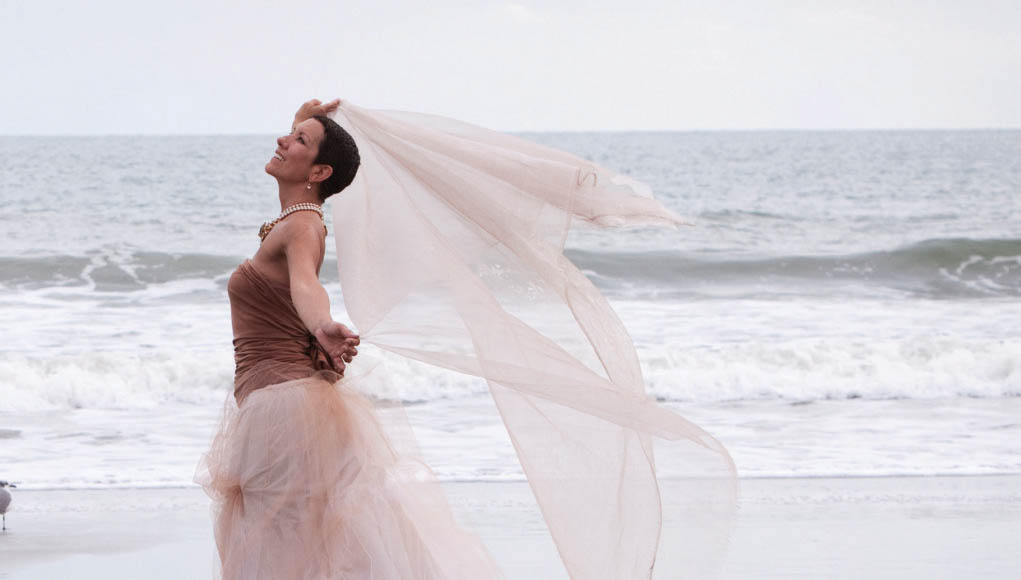 Ginger Pillar has been integral in bringing a passionate side of worship to life in multiple churches. She cares for those coming into this world. She cares for those in danger of leaving it. She has been in the position of almost leaving it herself. She has also been in charge of making change in legislation so other women are better off. As powerful of a force as she is, she is humble beyond words as we sit and discuss her beginnings as a dancer.

“My first performance was at Ingomar Methodist Church in Pittsburgh, Pa. I started when I was 16. Northway has always had a dance ministry. It used to be more integrated. Then when we did all those presentations, it just became this big huge thing. Then we would do the presentations at Easter and Christmas, we cut down performances, and then throughout the year, we would probably do about three or four in-service pieces that were special. It’s just always been a part of our worship.”

“It’s such a blessing to be able to do it. I didn’t have a huge dance background. I took six weeks of ballet in early high school. I just had a strange childhood where my parents weren’t able to get me into classes, so I learned in the church. I trained under dancers who had degrees from Point Park, master’s degrees from Ohio State. So I worked under those girls learning not only technique but spirituality as well.”

So why does Ginger’s style of dance resonate with people?

“It’s not totally about the technique. It’s more about the spiritual expression and what that invokes for people.”

For the past several years, Pillar has been in charge of the Dance Ministry at Northway Christian Community Church in Wexford, Pa. The Dance Ministry had to be put on hold as she was forced to deal with a personal struggle: breast cancer.

Pillar was diagnosed in October 2011.

“We were in the throes of rehearsals,” she remembers. “We had a bunch of little kids who I was choreographing for, and then we had the adult pieces. When I was
diagnosed, first, of course, I couldn’t focus on rehearsals. I started chemo the week of Thanksgiving. Nine days later, we did our first performance at Northway.”

“So I was worrying when I was diagnosed and trying to figure everything out—‘What am I going to be like during chemo?’ I pulled myself out of one of the pieces, but the one piece I just couldn’t. ‘Praise the King’ was the piece that we did, and it was the most powerful piece. And it was my declaration!” Pillar exclaimed. “I can still praise my King!”

Pillar brought in another dancer as an understudy, just in case. Thankfully, she was able to perform with no problems. Her hair began to fall out the Monday after the performances, eleven days after her first treatment of chemotherapy. Unfortunately, she was too ill to dance after that. Wondering if she would ever dance again was one of the hardest things for her.

“I knew, number one, I was getting older,” she laughed. “As a dancer, longevity isn’t completely on your side anyway. It didn’t bother me that I was going to lose my hair. I mean it did some. The first time I danced when my hair was just started to grow back was after my double mastectomy. I took the scarf off in the middle of the piece, and I just had peach fuzz. When I was choreographing that piece, I got all emotional because I hadn’t realized even my long hair was part of my movement! Like when I would do an arch, with the long hair flowing in the back. I am a very visual person, so I would see what the audience would see, and it was like ‘Oh, I don’t have that prop anymore.’ It was like somebody took an arm. I didn’t realize I would react that way, and I’ve learned since then, and you learn to adapt. But that was part of the beauty of the dance too.”

Physical symptoms such as webbing and lymphedema also cause issues for Pillar, but after five years, she shows no evidence of disease.

Pillar’s personal experience has made her a force to be reckoned with. She has become active as an advocate and involved with several Pittsburgh organizations.

“I started working with Glimmer of Hope when I was early in my diagnosis. I got involved with a company called Bright Pink, which was doing some things locally with American Eagle, and I spoke to them that first year. I did get some training with them to do some early detection, training young women about breast cancer, what is your family history, what is your risk, etc. They have a tool online you can use. I went to Chicago. They paid for me to have that training. Then I had some health issues, so then I couldn’t do it. But it was a blessing in disguise because I wanted to get more into the thick of things as far as research, and I got a call from Glimmer of Hope.”

A pilot program via Allegheny Health Network began with ten women between the ages of 30–40 with breast cancer in early treatment. The integrative program includes massage, acupuncture, dietitians, helping with children, and more. It has gone so well that another group of ten women will start a program soon, and it may expand to other places.

Pillar has also shown up on the political side of things. She works with the Tiger Lily Foundation, a breast cancer support, education, and advocacy foundation in Washington, D.C. They brought Pillar on to help speak to Congress about their U.S. Preventative Screening Task Force. At the time, the guideline age of first-time breast cancer screenings was going to be pushed back from 40 to 50 and to only have women screened every two years instead of annually with exceptions being made for higher-risk patients.

Pillar and the rest of the advocates with Tiger Lily went to Capitol Hill, met with several lawmakers, and within two months, had the bill to stop the new regulations passed.

What do cancer survivors and advocates like Pillar want people to take away from their stories? The Butler Hospital nurse (yes, through all of this she is still working) sums it up in one word: education.

“It’s a matter of each of us educating ourselves and being aware of where our hard-earned money is going, and reaching out to groups and organizations that actually give 100% to metastatic research. 99.9% of breast cancer deaths are from metastatic cancer. That’s where we need to get research! You know we’re getting pretty good at this early detection stuff, trying to figure things out and trying to maintain people, but still, nothing has changed in 40 years as far as how many go metastatic.”

For more information on breast cancer organizations that support metastatic research—studying the spread of cancer cells throughout the body—please visit the following websites: • metavivor.org • symbolofthecure.com • tigerlilyfoundation.org