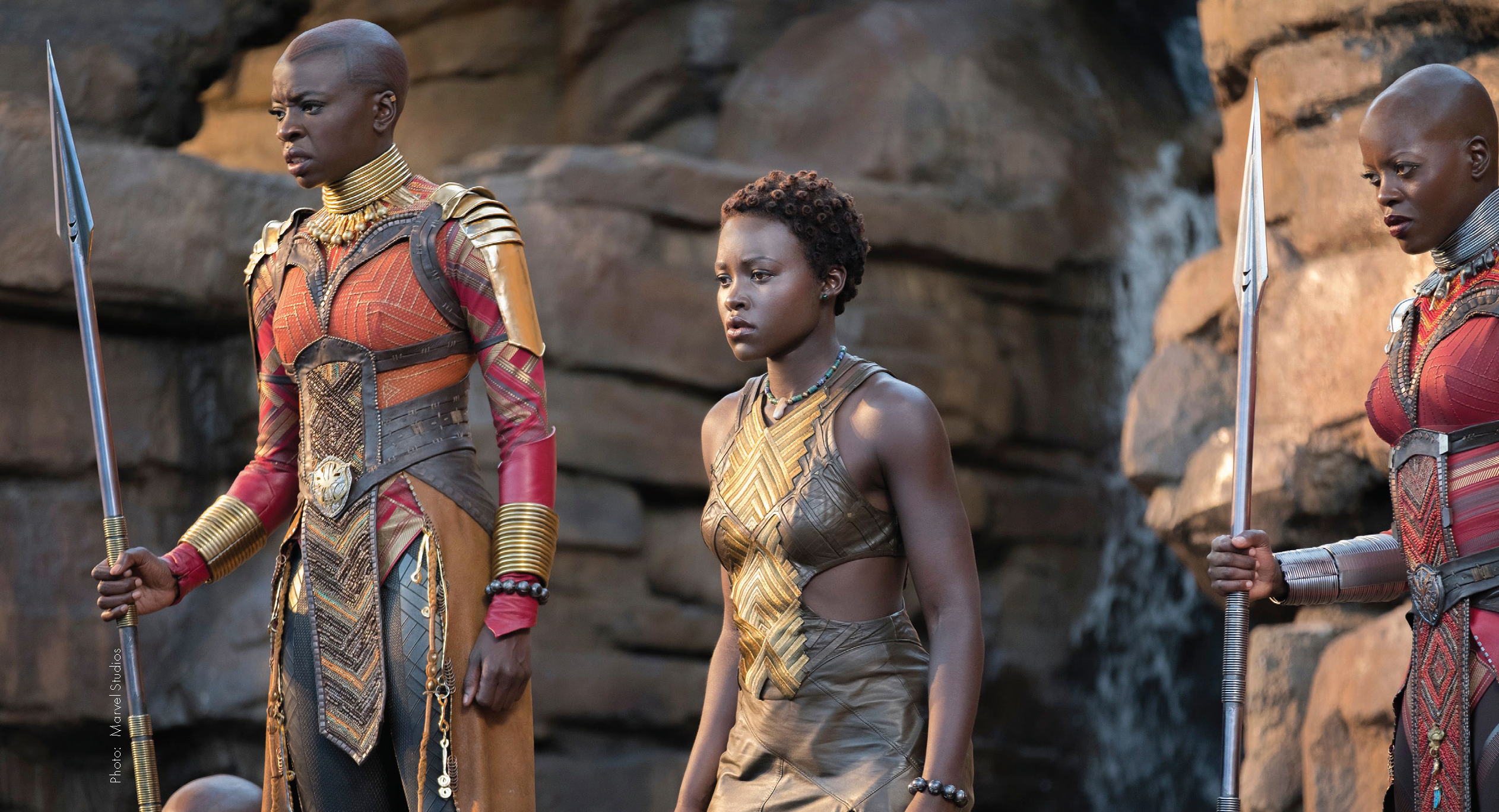 Marvel’s Black Panther came to life on the big screen and immediately set records. In early April 2018, Black Panther replaced the blockbuster film Titanic as the third highest grossing film in the history of North American cinema. It then went on to become the first film to be screened in Saudi Arabia in more than 35 years. And Chadwick Boseman, King T’Challa/Black Panther, was recently named to Time magazine’s list of the 100 Most Influential People in the World.

Writing for Time, Alex Fitzpatrick says that the “mega success of Black Panther signals a black renaissance,” which he calls “Afrofuturism.” “Works of Afrofuturism often portray a future in which black people use technology to become leaders of their own worlds.”

Although Wakanda, the fictitious African country ruled by King T’Challa/Black Panther exists in the hearts and minds of the peoples of the African diaspora, the various ruling clans in the film certainly represent actual vibrant African cultures. As the film premiered around the world, many audiences elegantly dressed in African clothing as an expression of and appreciation for “seeing themselves” on the screen as super heroes!

“Wakanda forever!” is the rallying cry, a form of greeting and a sense of promise for those who recall, those who cannot forget, how all but one of the 54 African countries (Ethiopia) was not colonized and had their riches, people, and material stolen to enrich other cultures around the world. The wounds and scars of colonization of those 53 African countries are still raw in far too many ways. However, Black Panther, “Wakanda forever,” has become such a success, because we entertain the question, “What if?” What if Ethiopia was not the only African country not colonized?

The opening scenes of Black Panther show the world around their country at war, in the world and with the world. The scene involves the ravages of the slave trade. Wakanda chose to cocoon herself. Cocooned for protection. Cocooned for prosperity. The growth and freedom that Wakanda experienced, albeit fictional in actuality, is genuine in spirit, and liberating to all who chose such response. Which reminds me of a quote that I love:

“Between stimulus and response there is a space. In that space is our power to choose our response. In our response, lies our growth and our freedom.”