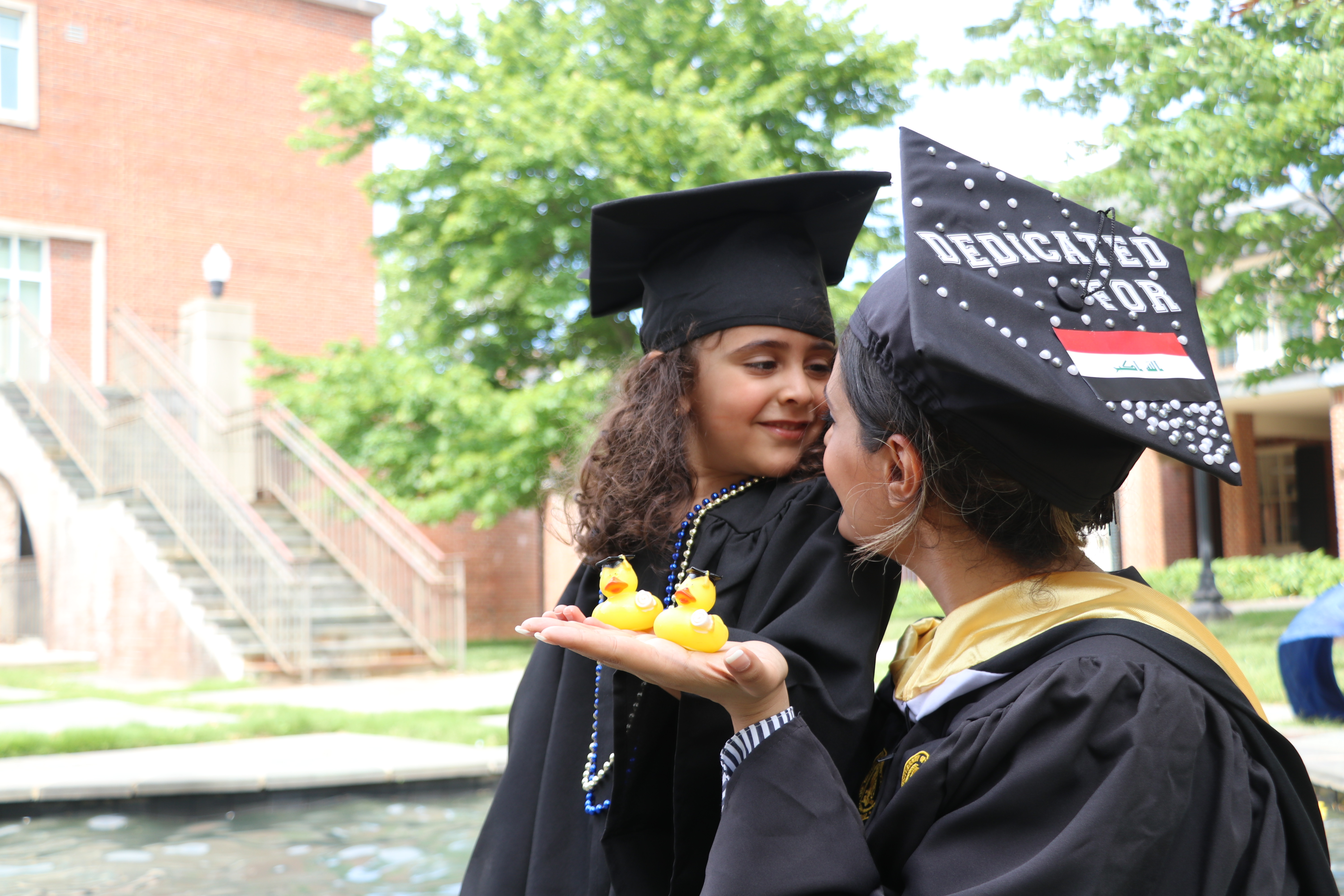 I was born and raised in Baghdad, Iraq, in the late 80s, a time considered one of the hardest in Iraq due to the continuous wars in the area. I grew up in a family that valued education, so despite the poverty and siege on Iraq in the 90s, my siblings and I continued attending school.
In 2006, I was in middle school when the sectarian war ignited in Iraq, leaving the country very weak and dividing its people through the ugly segregation between Sunni and Shia Muslims. Those terms didn’t exist in our dictionary before 2006 and we knew nothing about them, even though my dad is Sunni and mom is Shia. At that time, I had to take my big exam in middle school to be able to attend high school. My mom would take us to school under the bullets because she didn’t want any of us to miss a year of our education journey.

One day while we were leaving school, a fight erupted between the two sects, which led to the intervention of the American coalition at that time in Iraq. Unfortunately, a bullet pierced my friend’s heart, killing her instantly.
We didn’t have enough time to discuss our answers in the exam or stand under the palm trees eating our snacks while talking about our future plans.
My family had received many death threat letters from both Islamic radical groups, so when those exams were over, we left for Syria. We were stopped at gun point many times along the way and were asked us to show our ID cards, but we made it. In Syria, I was able to finish high school.
In 2008, we were granted refugee status to the United States. Despite the language, culture, and tradition barriers, I was able to finish my bachelor’s degree in humanities with a minor in philosophy. I also finished my master’s in international peace and conflict studies from the University of North Carolina at Greensboro this spring.

Home for me has always been Iraq. I have lived in a constant battle with myself for the past 12, years crying for home. It is where I was born, where I have my memories, friends, and Baghdad. I feel great pride in connecting with home. Living in the United States didn’t change this idea for me, as I always considered Iraq to be the only home for me.

My first visit to Iraq was in August of 2018. I had not been there since I first left with my family in 2006. The reality was different from how I remembered home. That visit brought back all the memories of war, violence, and siege. It also brought the beautiful memories of my childhood, school, and friends who I couldn’t find there anymore.

I also visited Mosul—a city in northern Iraq that was occupied by ISIS from 2014–2017—to film a documentary and work on my research. What I saw there, didn’t seem real.

Dead bodies under the rubble, children have been out of school for at least 4 years now, no food, clean water or even shelter.
I stood at a place in Mosul that is considered one of the earliest civilizations in Mesopotamia, I picked up a brick that one of the ancient gates was made of, and it crumbled in my hand. A whole culture and civilization disappeared right before my eyes, which made me wonder, “How do we define home?”
Returning to the United States after this trip made me realize that home is a safe place where you can live your life, be educated, and speak with freedom, and when you lock your doors, you know that you are safe. But home is also where your memories are and friends; it is the land that you grew up on and thrived on.
Being a refugee means many things. First, it comes with a package of struggle, fear, and need. But it also means a new life and opportunity. Being a refugee sometimes means living between two worlds and two homes and two identities. I am not fully Iraqi, yet not fully American and will never be one without the other.

I have worked hard since I came to the United States as a refugee because I knew our world is in need of people who can make it a better place to live in. I have seen how my mother suffered to raise me and my 4 siblings during war and siege, so I too have worked hard so my daughter won’t have to go through the same pain that I had been through. I want her to look back and acknowledge that one of the greatest things to do in the world is to help others and work toward building peace.

Being a woman who empowers other is not an easy task. However, being a woman who didn’t have a pencil to do her homework and was able to stand up for herself and get her master’s in peace and conflict studies is empowerment, per say.

Despite the fact that I left a war zone and came to the United States as a refugee, I didn’t accept the labele of “the Iraqi refugee” without adding to it “successful.” I didn’t want to be labeled as a Muslim terrorist. Instead, I am the peace builder.