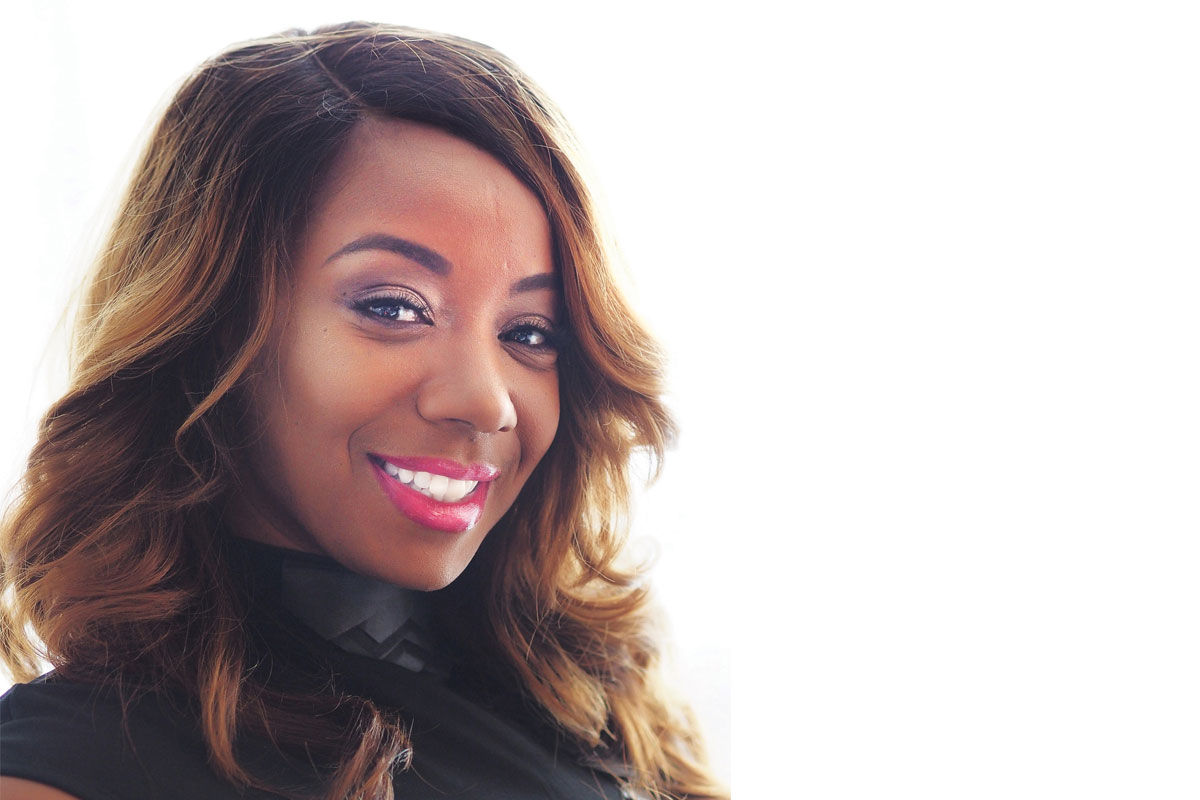 Lucinda Cross is one of those rare people who radiate positivity and light. Cross simply glows and demonstrates with her life how to put out positive energy. Although she is now known as the Queen of Activation, gracing the pages of ESSENCE and being featured on the TODAY Show, her life hasn’t always been so full of positivity. To overcome her obstacles, Cross harnessed the power of activation and vision boarding to achieve success.

Dr. Shellie Hipsky recently had the chance to chat with Cross over lunch at the fabulous PRINT. Restaurant in New York City. Dr. Shellie and Cross talked goals, setbacks, love and the Law of Attraction.

Dr. Shellie: We’re going to delve into the whole activation movement you’ve created. Let’s start with the TODAY Show—how in the world did you manage to pull all the Law of Attraction to become the vision board queen on the TODAY Show?

Cross: The key, with the TODAY Show and the whole Law of Attraction, is that I set that goal at the beginning of that year. I said, “this” is the year for media attention, and I’m going to focus on media and “visibility.” And it worked. I targeted specific outlets that I wanted to be featured in. The main ones that I really put my energy into were the TODAY Show, Dr. Oz, and ESSENCE Magazine—it was strategic.

Dr. Shellie: Can you share with me three ways that you personally inspire lives?

Cross: One of the ways that I inspire lives is by helping women stay focused. We have a lot going on, and we wear a lot of hats. So I help them to stay focused on themselves and actively pick themselves as a priority.

The second thing I do is help them tap back into being a woman. I think for me, as a mother, I forgot about womanhood and how awesome it is to be feminine and feel like a princess and a queen. Go embrace that woman inside. What does she desire to do? Go change the color of your hair; go put on your heels. Do something different that’ll bring you back to the days you felt glamorous or sexy.

The third thing that I love doing is part of the vision board process: ask yourself what your true desires and goals are. How are those goals and desires going to change your life and, ultimately, the lives that you’re connected to?

Cross: My next big goal is to have the Lucinda Cross Show. The show will be something that pushes women to conquer their fears. It’s a show that’s catered to highlighting trials and overcoming them. It’ll be based on activation—live!

Dr. Shellie: You said “overcoming,” could you please share what you’ve overcome?

Cross: There are several pivotal moments in my life that I’ve had to overcome. One was at a very young age going to a prestigious college, but then making a decision that altered the next four years of my life and instead of spending those four years in federal prison.

The next pivotal moment was becoming a single mother and embracing that with two small children at the time. Thinking that I had this fairy tale life and relationship, the beautiful house, the cars that I could drive, but then realizing that the life I had painted wasn’t a reality. So stepping into single motherhood was different. These were all huge life lessons, and they pushed me into being an inspired woman and the activator that you see today.

Dr. Shellie: When it comes to being a single mom, how did you make that leap back into love?

Cross: It took a while. After embracing the fact that I was a single mother and feeling like I had a hold on detachment from what I thought love was and just stepping into letting love be love.

Dr. Shellie: So let’s talk sisterhood. What does sisterhood mean to you?

Cross: Sisterhood: to me, is demonstration. I think people get sisterhood and friendship mixed up. If I consider someone my sister, I know she supports me, I can count on her for the very best advice, encouragement, and even criticism—she’s not going to ‘yes’ me. She may not show up at the book signing, but she purchased 20 books. How is my action showing you that I’m there for you and I have your back? I think it’s separate from friendship because sisterhood is more spiritual, I should be able to tap into you and know something’s not right. With friendship, it’s “Oh, maybe you need to do this or that,” with sisterhood it’s “Let’s go get a drink and talk about it, or let’s go do whatever it is you need to do. I’m not going to judge you.”

Dr. Shellie: What does that mean?

Cross: I’m in control, meaning that I can control my actions; if things are chaotic, it can still be controlled chaos, and I’m not going to fall into it. Even though you feel that you’re in control, you’re willing to say that things do still happen. I love this phrase, “You can only define failure.” No one else can define it for you.

Dr. Shellie: On the flip side, you must personally define “success” as well. It really has to come from you.

Cross: Yes, and remember that even if it’s all going crazy, it’s still going to work out!