Home Culture I’ll be Coming Home. Wait for Me.

I’ll be Coming Home. Wait for Me. 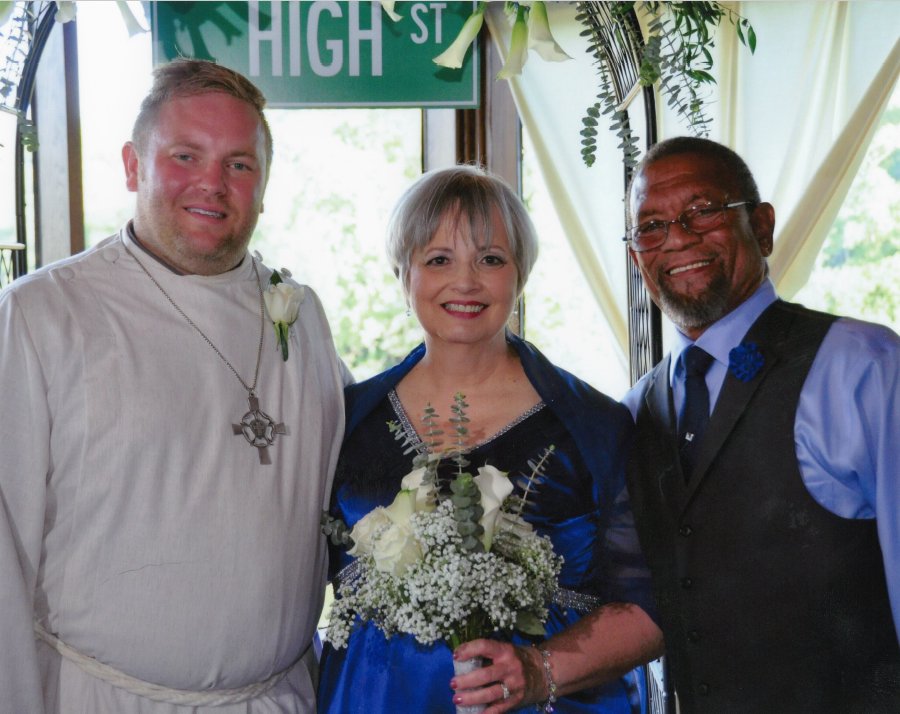 “Whoa, my love, my darlin’, I’ve hungered for your touch…”

Myra recalls with a smile how handsome she thought Howard was when he asked her to hand a note to a fellow classmate in study hall. That was all it took for Myra Clark and Howard Foster to begin a romance for the ages. Myra and Howard had a connection of the minds that would keep them on late night phone calls discussing current events and social issues. Neither of them wanted their conversations to end. Myra recalls waking up to the receiver on her pillow and the unpleasant sound of the dial tone.

In school, they kept their relationship to themselves, because it was 1967 in Columbus, Ohio, and racial tensions were high. They made it through high school together. Having no cell phones, no cars, they met where they could. When Howard graduated from high school, his father bought him his first car. Howard and Myra went on their first date to the Drexel Theater to see Romeo and Juliet. They faced no adversity on that date, and they didn’t care if they did. They were just two teenagers excited to be on a date together. 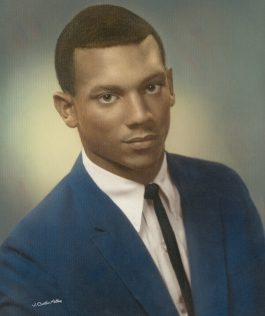 They would have to wait 45 years to let everyone else know about this one, great, true love they had found in each other. So, what happened? What could keep them apart from this love? Love itself.

After graduating high school, Howard attended Columbus Technical Institute while working full-time. He was the only minority in a program for aviation mechanic. After continuously receiving grades lower than his work reflected, he realized it was due to discrimination.

He called Myra, who was attending The Ohio State University. She was following her passion to become a clinical counselor. He explained to her what he was experiencing and wanted to meet with her. He didn’t want their life—let alone her life—to be filled with adversity. He wanted her to be happy.

Myra said, “I let him go because I could see it in his face and his eyes that his mind was made up.” Myra was also awake to the social injustice and understood his intentions. They shared one last hug and parted ways. But, after a block away, they both turned and looked back at each other one last time. Myra says, “In that moment, I knew I would see him again.” They both loved each other enough to let go.

Both heart-broken, they continued with their lives. Myra graduated from college. She became a founding staff member of two local hospices and worked in hospice 37 years until she retired. She made an impact on many lives in the hospice bereavement counseling practice. Howard married and had a family. He worked as an HVAC technician for many years. Myra and Howard lived no more than 10 miles apart from each other and never crossed paths—for 45 years.

While living a very fulfilled life, Myra dated, and even had a few proposals, but when she thought about it, “…none of them were Howard.” Over the years, Howard said he would lie down at night and wonder about Myra. Myra added she would often pull out her high school yearbook and wonder about him as well. Through mutual friends, she discovered he was married and had children. 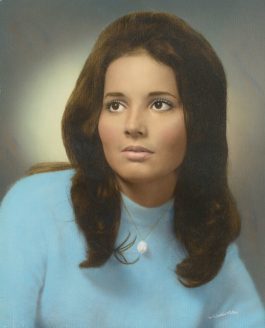 Howard divorced, and had been for some time, when he ran into a friend at a grandson’s birthday party. Through conversation, they realized they both knew Myra, and she gave Howard Myra’s phone number. That afternoon, he sent her a text message and made plans to meet at a park. They sat on the park bench, held hands and talked for 2 hours. Through conversation, just like all those years ago, they connected.

After leaving the park, Myra’s heart began to pound. She says she knew “this was it,” if they could make it work. They found resources to assist them with any adversity they might face. They participated in couples pre-marital counseling. They are also involved in a program named “Undivided,” offered through their church, Heritage Christian Church in Westerville, Ohio, that helps ease racial tension and finding one’s tribe.

Their families accepted them with open arms. In fact, Myra’s nephew married them, and Howard’s father was his best man. Howard stated the only thing he remembers is seeing her walk down the aisle, and it was something he never thought would happen. Their song choice was “Unchained Melody,” for Myra’s walk to Howard.

They will be married for 5 years this August. Neither regrets the time they spent apart. They do have concern for how much time they have left together. Unfortunately, they still face adversity. On a vacation, they walked into a small restaurant to eat. Myra says, “it was just like a movie. Everyone stopped talking, looked at us, complete silence.” They chose to leave. Myra states “Safety becomes a concern in those situations.” She believes racism is a trickle-down effect. They believe some progress has been made in accepting interracial relationships.

Howard is now retired. Myra believes her work is her ministry. She still practices counseling part time. She also had a private practice to supervise counselors seeking independent licensure. She is now a member of Speak Life Christian Counseling and Coaching, LLC. She also co-authored her first book Understanding the Journey: A Lifespan Approach to Working with Grieving People along with Hilda R. Glazer, ED. D.

While speaking to the couple about their advice to the younger generation and how to deal with adversity, I asked, “Do they stay in love and stay together?”

Myra responded, “If they are truly in love and like each other, love will win.”