Home Books Jess Branas: In Tune with What Women Want, Dream of, and Deserve

Jess Branas: In Tune with What Women Want, Dream of, and Deserve 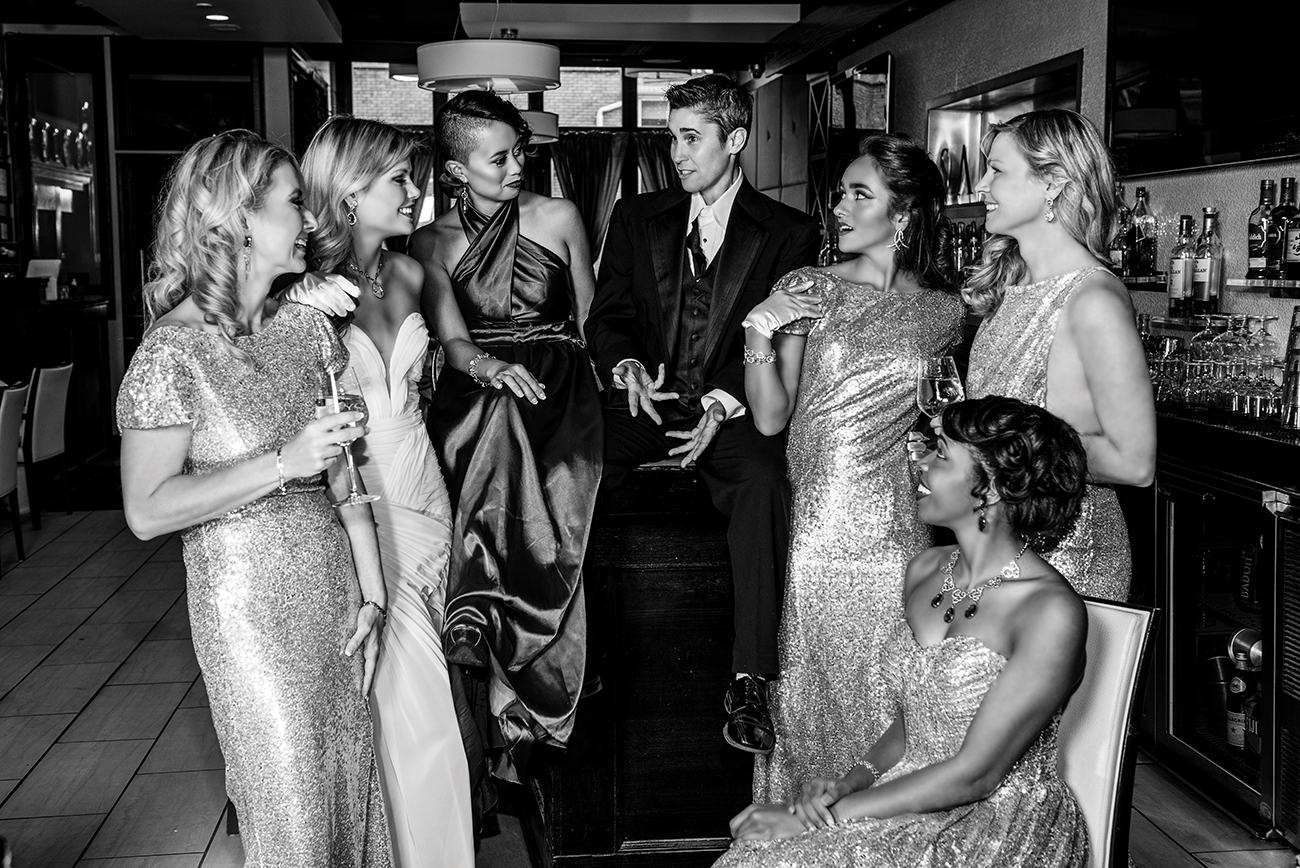 Whether she’s dressed in a tux at a red-carpet event or out walking her dog Nacho, Jess Branas loves life, and it shows. She’s known for her fantastic smile that draws people to her. Sometimes, it’s as if everyone wants to talk to her.

Her message, like her smile, is powerful and inspiring. “Women are such beautiful creatures,” she said. “I want women to know they have so much to offer.”

To do this, Branas has branched out over the years. Today, she’s not just a well-loved high school Spanish teacher in New Jersey, but also a popular LGBT dating coach and radio personality coast to coast with her podcast, “Drinks with Jess.” More recently, she has added best-selling author to her resume with her two books, written from the heart. Seeking Her, Knowing You and Zero to Ninety focus on relationship advice and how to work for what you want from the inside out. Her honest life lessons come from her own experiences, good or bad, joyful or heartbreaking.

When she spoke of her mission and life message, Branas said, “I love people. I have a lot to share with others. It doesn’t matter what community you are in, gay or straight, my message is resonating. That makes me so happy.”

As a relationship expert among the LGBT community, she has been the voice for women struggling not only with relationships but also with themselves. Her insightful knowledge of personal growth and relationships is available for anyone who wants to listen, though.

“I’m honored that people not only in the LGBT community want to hear my message. That’s what keeps me going, the love from my fans.”

Branas and I were among the 100 women chosen to be featured in Dr. Shellie Hipsky’s Common Threads trilogy that shares success secrets of empowering women. After reading about her, I knew I wanted to meet her.

In March 2016, I had my opportunity at Dr. Shellie’s Inspiring Lives Mastermind in Pittsburgh, Pa. It was a day packed full of powerful women speaking about their lives, goals, and missions. When Branas was about to take the stage, I noticed she radiated joy, confidence, and enthusiasm. As she spoke, her passion for helping women was infectious. Her vibe, contagious.

Branas actually teaches one of her secrets to having such an inviting presence in her first relationship book, Seeking Her, Knowing You. Part of her attracting energy is that when she speaks to someone, she is absolutely focused on them 100%.

In the fall of 2016, Branas released her second best-seller, Zero to Ninety. It goes through the first 90 days of dating and building a strong foundation in that important time. Not one to sit down and say “that’s good enough,” Branas is far from done sharing her experiences. She is ready to tackle a third book and has many more goals for 2017.

“I think a documentary about dating and relationships is next,” she said excitedly. “It would be a really cool project. It’s such a big topic to tackle.” Over the past year, I actually applied her relationship advice with my boyfriend of four years. The lessons resonate with anyone who wants to do better in life and love if you’re willing to listen. Branas said, “At the end of the day, on the inside, we all have the same organs. The differences, the rest is just in our head. We all go through similar experiences.”

It’s also important to note, Branas lives what she teaches. At the Inspiring Lives Magazine launch last fall, she was a stand-out star in the room—and not just on the dance floor! That evening, I noticed that she could start a conversation with anyone and ended up exchanging phone numbers, posing for photos, and making new connections every single time.

How did she get those great people skills? Branas credits growing up both Catholic and Jewish. “How I was raised taught me about people,” she said with a smile. “It allowed me to associate, gay or straight, whatever their race. I paid attention to women, and I have a greater appreciation of what women want.”

Branas considers herself “fun, optimistic, charismatic” and “loyal to my friends and family.” She said she doesn’t even tell herself “no.” Being able to describe who she is at her core is part of what she said helped her become the person she is today.

So, what advice would Branas give someone starting a journey of change?

1. Take time to meditate. Use positive thinking exercises. Avoid words about how you look, and instead, think about strengths, abilities, and skills. Do it daily so it becomes a habit.

2. Cut out toxic people. Do not give them free space in your brain. Push them aside because they are only hurting you.

3. Take action for the life you want. Don’t let fear hold you back, and don’t give up. “Sometimes there are 3,000 different paths to get to your goal. You may need to walk many of those paths to get where you want to be, so just take those steps,” she advises.

Branas turned 40 a few months ago, and she believes this next decade will be filled with many avenues for sharing her mission. She said, “I love helping people find what they have to offer. I’m just getting started.”