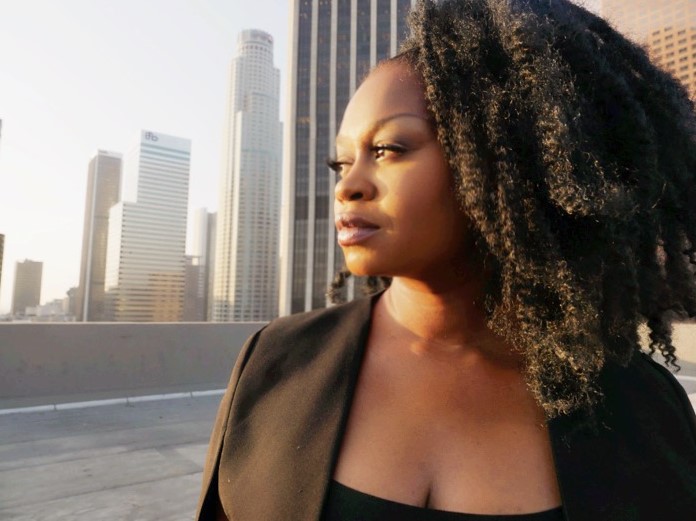 The first picture you see of me below is from November 2018, roughly three weeks after having brain surgery. It all started one morning in January 2018. I flew from LA to San Jose and headed to Santa Cruz for several meetings I had set for the day. I was driving on Highway 17, from the San Jose Airport. I was on the freeway for all of 20 minutes, and out of nowhere, a car entered the highway from a residential area to the right of me. The driver had attempted to make a left turn onto the freeway, where there was a concrete median divider! This made it impossible to turn left, so the car literally stops in the middle of the highway – IN MY LANE! I was going over 60 mph and was forced to slam on the brakes.  I attempted to jump into the right lane, but I couldn’t because there were oncoming cars. 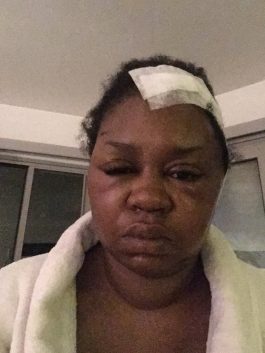 At that moment, I braced myself because I knew I was gonna have to hit this car! I was immediately taken to the hospital, and that was the start of months of tests, treatments, and scans.  Months after seeing endless doctors, receiving various treatments and body scans, I was diagnosed with a benign brain tumor in August of 2018 – just two days before my birthday. The doctor wanted me to have surgery three weeks later. As you can imagine this was heartbreaking and scary. I cried for my entire birthday weekend.

In the weeks to follow, I began to prepare for surgery by letting friends, co-workers, and family know of my diagnosis. I agreed to have the surgery in October 2018. After my surgery, I was sent home with a nasty scar and a partially shaved head that was now extremely swollen causing disfigurement to the overall appearance of my face. On top of that, I was on lots of different medications for the first few weeks. Honestly, I don’t remember that much from the time right after the surgery.

As time went on,  I did everything I could to avoid the pain and trauma that the accident and surgery caused my family and I. In the following months, I began to feel severely depressed. I stopped taking phone calls from my friends and family, quit going out and socializing, nearly stopped working, and ceased posting or engaging on social media. My face looked like someone beat me with a bag of rocks and I felt like I wasn’t near as sharp as I was used to being. To add to my frustration, I started to gain a ton of weight. Gaining 33 pounds pushed me even deeper into a depression. I went through most of 2019 just trying to recover and pick up the pieces.

In mid-December of 2019, I literally woke up one day and made a firm decision to make a life change. I didn’t know how, but I knew I was tired of being depressed!  I knew I could not, and would not, continue in the mind state I was in. I simply refused to drag the same tired, depressed energy into 2020.

So, in January 2020, I took my power back in all of the areas of my life that I had control over, including my mental health, my weight, and my spiritual well being. I got back into meditating on a daily basis, reading and watching any uplifting and inspiring videos that I could find. I began taking CBD detox tea and liquid Nutraburst vitamin.

Within the same month, I began to feel more life 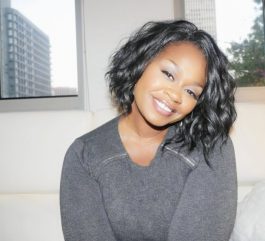 and energy than I had since before my car accident. Day by day, I felt myself getting stronger mentally, physically, and spiritually.  That’s when I knew I had to help others, and began thinking of all the women in the world that might be out there suffering from depression or extreme weight gain. This process prompted me to go into business with a long-standing colleague, Princess Jay Knowles, to help women around the world with every facet of their wellness – mind, body, and spirit.

The idea for our company Royal Legacy Wellness was born purely as a result of transcending my own personal tragedy. I now have the honor of being able to educate, empower, and uplift individuals that like me – are ready to take full control of their mental, physical, and spiritual wellness. Royal Legacy Wellness is focused on being the go-to source for inspirational stories, personal development, and holistic wellness products. Powered by a revenue-generating business opportunity, we help people who are committed to taking charge of their financial future as well as their well-being.

I wholeheartedly believe, and know from personal experience that by making a firm DECISION to grow, you have the power to CHOOSE a life of HEALTH, WEALTH, and FREEDOM!