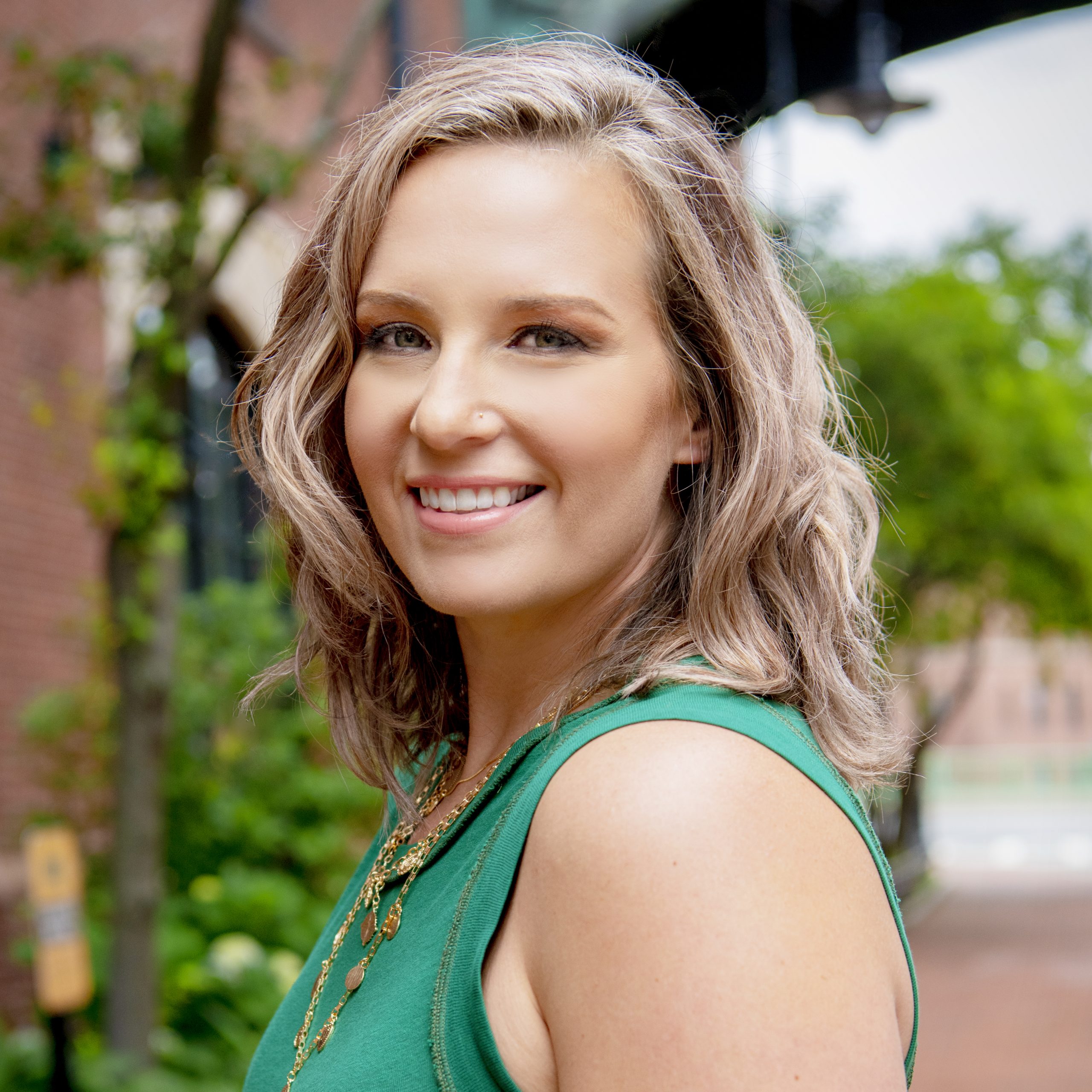 I developed a severe drinking problem in my early twenties. Despite being a successful attorney, mom of two, and blogger on the side, I was struggling. During this time, I believed that I was “done”—that I would never be healthy, never be able to pursue my dreams of being a writer, and that I was perpetually stuck in this state of limbo. Of course, I did not want to feel this way. But this is how I felt.

I was trying to live a positive life. But I was stuck in the mindset that I had made the wrong career choice, and I was somehow banished to that for the rest of my life.

Luckily, I wandered into an indoor cycling class in 2009. From there, I learned that I could move my body, and that felt like some sort of progress. In 2010, I did my first triathlon at the weight I was—about 230 pounds. I just showed up, moved my body, and I finished. The feeling of finishing something so out-of-the ordinary for me changed me. The sport challenged me beyond what I ever thought was possible.

Over the course of the next nine years, I went on to create a blog called “Swim Bike Mom,” write a best-selling triathlon book, Triathlon for the Every Woman, and finish four IRONMAN triathlons (a race consisting of 2.4 miles of swimming, 112 miles of cycling and a 26.2 mile marathon). I became a certified coach in both triathlon and weightlifting (my former sport in high school).

Despite all of these accomplishments, though, I was still struggling with alcohol.

Arguably my greatest accomplishment came at the end of 2015, when I chose to make the choice to live a sober life. From there, I learned that I was not stuck. The truth was that I had been using alcohol to not feel, not be present, and not deal with the struggles that I was facing. Alcohol was an escape preventing me from facing the truth about many things—my relationships, my job, and my choices.

After two years of sobriety, I began to write my second book: The Year of No Nonsense: How to Get Over Yourself and On with Your Life. The book is an honest look at the nonsense that we all have in our lives. The nonsense that is real, but also causing us tremendous amounts of pain, dissatisfaction, and an overall feeling that we cannot have the life we want. In this book, I smash through myths about balance, self-care and self-love, as well as the hard topics like addiction and suffering.

In sharing my story, I seek to show that it’s truly never too late to start over. You may have to go through pain. But I continue to ask myself: When did anyone promise that life would be easy? For some reason, we are brought into this world thinking that things will go our way, be simple, and make sense. Life, however, has other plans and ideas. Life is bent on creating strong and powerful, resilient and story-filled women. Women who have stories to tell in order to help others move toward their greatness.

Through my suffering and struggles, I have not only been able to show women that it’s never too late, but I continually push the envelope to reinvent myself. I never settle. I am never content to sit where I am. I do not fear change or trying new things. It is in this struggle of change that we can learn the most about ourselves.

Meredith Atwood is an author, speaker, former attorney, founder of Swim Bike Mom, 4x IRONMAN triathlete. Host of the Top 50 iTunes (fitness) podcast “The Same 24 Hours” and author of Triathlon for the Every Woman, and The Year of No Nonsense: How to Get Out of Your Way and On with Your Life. She is a writer for Psychology Today, Triathlete Magazine, Women’s Running and the founder of Grateful Sobriety—an online sobriety community. She is a certified USA Triathlon, IRONMAN, and USA Weightlifting coach.