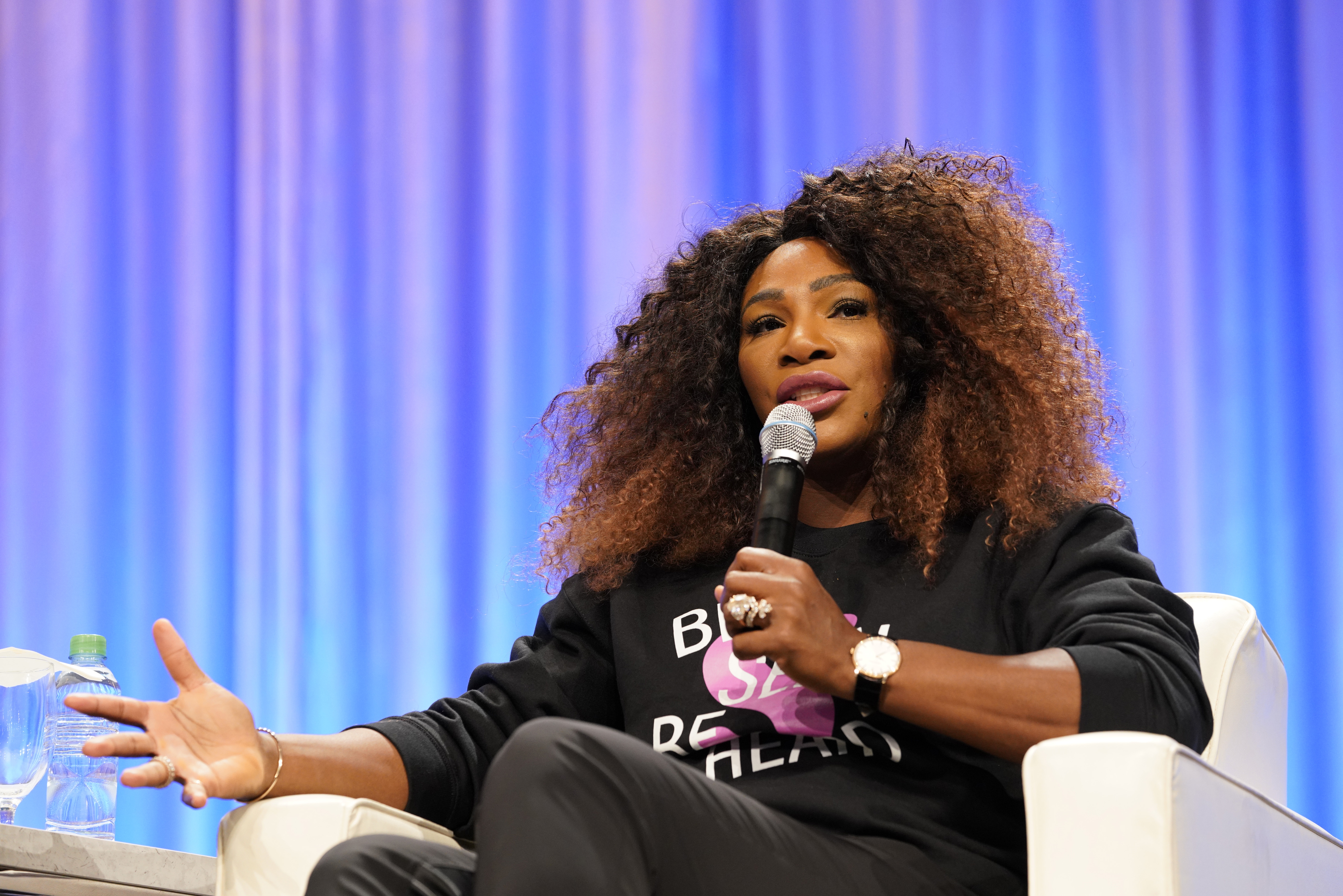 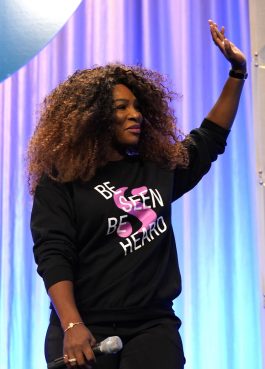 Only one woman in the world can reminisce about getting the call from Anna Wintour at Vogue asking her to co-chair the Met Ball, sitting on the board of SurveyMonkey with Facebook COO Sheryl Sandberg, and rocking Wimbledon and the U.S. Open a year after giving birth to a baby! That woman is of course philanthropist, tennis star, and fashion designer Serena Williams.

Financial abuse is something Williams is taking a stand about. It’s not something that you can see through bruises and broken bones, but it is a very real phenomenon in America. Williams has become the spokesperson for Purple Purse with All State which is working to end the cycle of financial abuse. The color purple represents domestic violence, and the purse is the symbol of the women’s financial domain. An element of financial abuse exists in 99% of domestic abuse.

“They cripple you, and they ruin your credit so you can’t get out,” Williams explained. “[The women] end up in shelters because they struggle to rebuild their credit.” The foundation has been working since 2005, with nearly 11,000 trained advocates and have invested more than $60 million dollars to help more than 1.3 million survivors on the road to financial independence.

Williams went to college for fashion design and has successfully designed her own line of clothing. Every year, she designs an exclusive purple purse to be used for fundraising for the non-profit Purple Purse. The funds are used for educational curriculum, grant programs, and advocacy programs help to fight against domestic violence and financial abuse.

Inspiring Lives Magazine joined Williams as she spoke about her career, her family, and causes she cares so much about in front of over 10,000 ladies at the PA Conference for Women. When it comes to reaching your own dreams and rising up to your next level, Williams said, “Never stop working hard. I can be on the tennis court or doing a design. And I think, ‘This is never going to work’ . . . but you really have to check yourself and be your best cheerleader. Keep it positive. There is literally no way around hard work. If you have a goal you want to reach, you need to eat, sleep, dream it, and become it!”