Composer Ghiya Rushidat: Setting the Tone in a Man’s World

Like most industries, men dominate the field of TV and film.  From Hollywood directors to leading men, the names we think of the most are those such as George Lucas, Steven Spielberg, Cary Grant, James Dean to the musical genius of Leonard Bernstein and Aaron Copland.

As you take your seat in a theatre as the lights dim or get cozy on the couch the minute before the show or documentary begins, the hum of a string section signals that the wait is over and the story is just beginning. 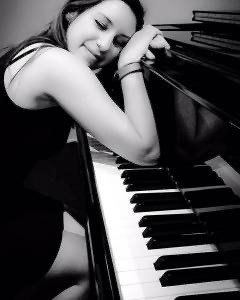 Behind the beautiful melodies and crescendos that invoke the perfect mix of suspense and power is a woman just as intriguing.  As I sit down with highly acclaimed composer Ghiya Rushidat, she brings passion and excellence to the stage and screen while bridging the gap between two lands.

Born in Saudi Arabia and raised in Jordan, Rushidat is grateful to have had supportive parents on her musical quest.  Starting with piano at the age of 4, she talks with humility as pure as those keys while acknowledging her experience and evolution that catapulted her to excellence.

“My dad was incredibly supportive but unfortunately, he passed before he got to see any of the films that I worked on.  However, he loved to listen.  I liked to play alone, and he would pretend to leave the house but he was in the next room so he could listen.  My mom is also extremely supportive.  She is one of the reasons why I got into piano performance and became competitive in that area.”

But this was just the beginning for Ghiya.  For most of us, evolution is not a practice but a natural occurrence.  It starts with that foundation and builds from there with a reminder of where it began.  And like the textures and layers you hear in her compositions such as the beautiful yet powerful pieces for productions such as Pen of Mirrors (2014) and Cecilia (2018), her early years were building to that first main musical drop that a listener awaits, setting that spark which enhances the dramatic continuance.

“As a pianist, all the harmonies and ranges are there.  The colors and textures are there.  The piano is a complete orchestra in one voice.  But in college, my piano teacher in Jordan was also my professor in conducting.  He is the number one conductor in Jordan and seeing him at the podium with his baton made me feel like I wanted to do this.  It was a high.  I realized that when I played piano concertos it was a joy for me, but I would rather play with more musicians than a piano solo, so this is where it sparked.”

That spark turned into a flame, igniting a fire that has no signs of 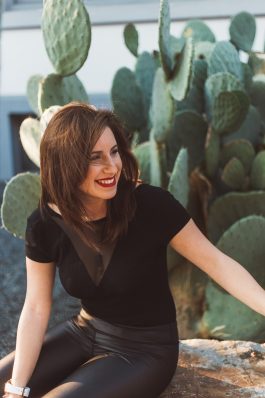 stopping.  From composing original pieces to conducting large orchestras which led her to win the prestigious BMI Foundation Pete Carpenter Fellowship among other accolades.  Continuously learning and expanding the sound that is all her own, Ghiya has quickly made a name for herself in an industry that is hard for “outsiders” and women to break into.  Arriving in the US in 2014, with her gracious nature which she attributes to her Middle Eastern culture, learning to ask and voice what she wanted is an all too common a lesson for women especially when we continue to be the minority across all industries.

“It’s a shame that we are actually still talking about this.  Female composers make 2-3% of the whole composition world in studio films.  It is just 1 or 2 composers getting these jobs.  And for people of color, the percentage is way less.  In the musician world and in recording sessions, I feel like there is an equal share for women and men. But in composition, especially composing for a film, I feel that many women are completely ignored and that people are oblivious to what we can do.  Maybe part of it is that stereotype that most women are not very tech-savvy, which is completely wrong, but I can’t really pinpoint what the resistance is.”

With this knowledge and awareness, Rushidat stepped up her “boss” status without fear as she recounts an experience where she finally took control, allowing her to later use her voice during her continued endeavors as a leader.

“I had a session once, and one of the musicians had a problem being conducted and directed by a woman.  He would point out a lot of things regarding his instrument or part that he thought was wrong or a mistake.  At that point, I had to put my foot down and say, ‘This is how it’s to be played.  If you’re not willing, I can find another musician’.”

A lot of women still struggle to give themselves permission to stand up, speak up, and be a leader.  Ghiya creates her mindset in a simple and logical way that we can all learn and execute.  With this, Ms. Rushidat is not just setting the tone in her industry but will influence women in music for years to come.

“I have this guy friend of mine who is a composer, and I would ask myself ‘what would he do if he was in my place?’  That really shifted my perspective.  We are infused with guilt and want to please everyone around us.  But what would a man do in this situation?  A man would just be himself and tell them what he wants and that is exactly what we should do.”