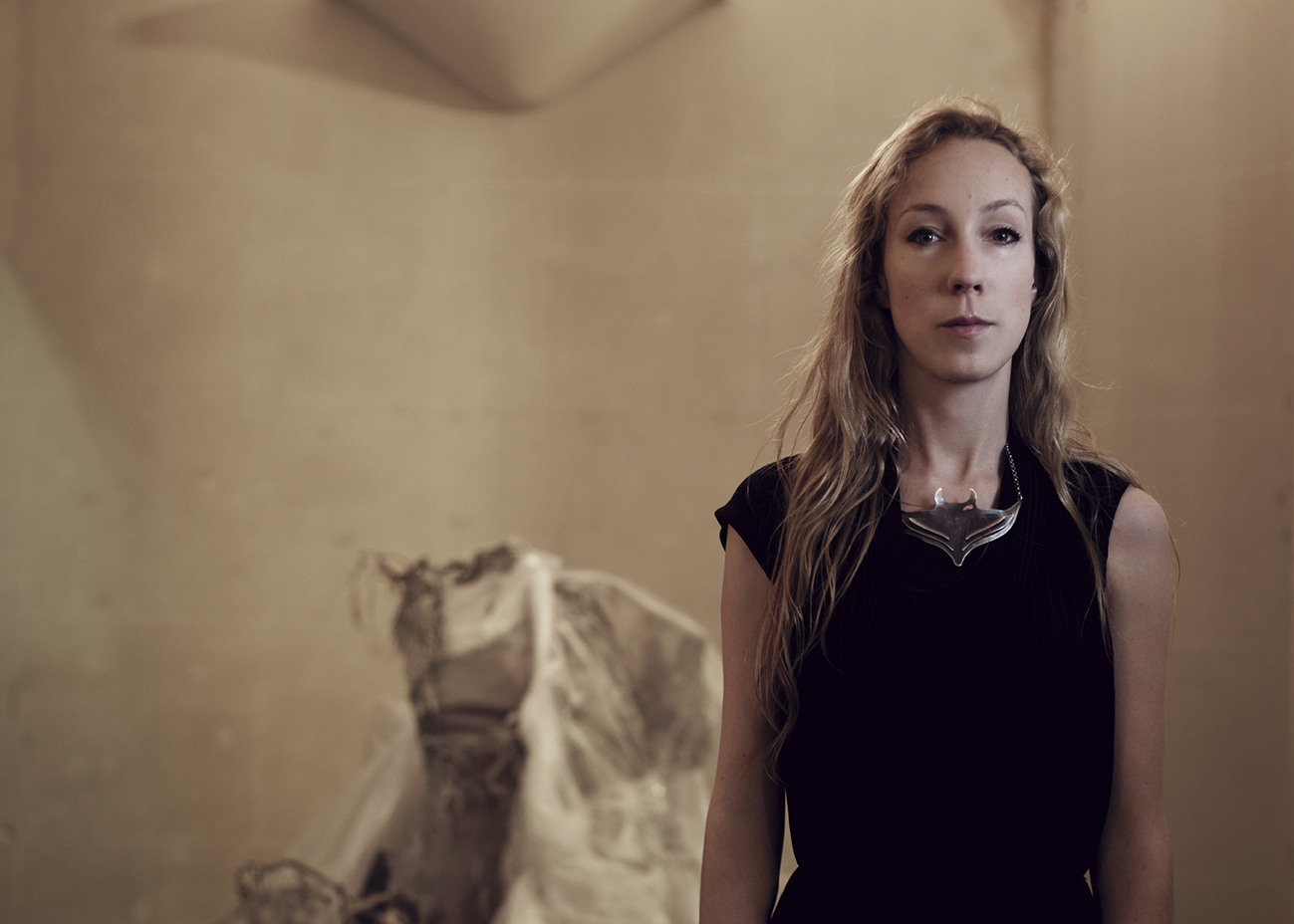 Pittsburgh might not be the most likely venue for a couture fashion exhibition, but the city harbors an unlikely connection to the work of Dutch designer Iris Van Herpen. The Carnegie Museum of Art served as the easternmost stop of the first North American tour of Van Herpen’s work. Iris Van Herpen: Transforming Fashion, on view from February 4 to May 1, had a relevance to Pittsburgh’s past, present, and future which was certainly not lost on exhibition attendees. Van Herpen is no ordinary designer, and Pittsburgh is far from a typical city.

When visitors first entered the exhibition space, they were confronted with a trio of dresses from Van Herpen’s 2009 Refinery Smoke collection. Constructed of woven metal gauze with a distinctly industrial look, the dresses quite literally embodied the sinister beauty of smoke.

As anyone who lived through Pittsburgh’s industrial past can attest, smoke was a large part of daily life here for many years. Due to its steel production and heavy reliance on coal, the city was engulfed in smoke so thick that streetlights were turned on at midday during the 1940s. Although industry caused smoke, it also supported innumerable families and allowed the city to grow. The ornate swirls of the Refinery Smoke dresses perfectly captured the dual nature of smoke, appearing equal parts beautiful and foreboding.

Innovation and technology are a large part of both Van Herpen’s creative process and Pittsburgh’s revitalization. In an industry that thrives on novelty and creativity, much of Van Herpen’s incredible success can be attributed to her willingness to experiment with technology to set her designs apart. She frequently makes use of 3D printing, and her Crystallization (2010) collection marked the first time that a 3D printed garment had ever been sent down the runway.

Even when her designs are constructed with more traditional materials, technology serves as a source of inspiration for the designer. Her 2009 Radiation Invasion collection envisions what it might look like if the radiation constantly surrounding us from our technological devices were visible on the body. The Voltage collection of 2010 was inspired by Tesla coils and the dynamic power of electricity. Van Herpen even explores neuroscience and biology in her Synesthesia (2010) and Biopiracy (2014) collections. As Pittsburgh establishes itself as a technology hub, it served as a perfect setting for such a cutting-edge exhibition. As a rising star in robotics, healthcare, and technology, as well as the home of offices for companies like Google, Apple, and Uber, Pittsburgh also understands the importance of constant innovation.

Another key element of Van Herpen’s work is also mirrored in the ‘new’ Pittsburgh—collaboration. Van Herpen’s work is characterized by her willingness to collaborate with others to create her larger-than-life designs. These partnerships are nearly always forged with those outside of the traditional realm of fashion.

For her 2013 Wilderness Embodied collection, one of the artists she collaborated with was Dutch artist Jólan van der Wiel. They worked together and utilized the attractive and repulsive properties of magnets to “grow” a textured, flexible, material with a unique topography and an appearance evocative of algae. Van Herpen has collaborated with Canadian architect and artist Philip Beesley on numerous collections, including Voltage (2013), Wilderness Embodied (2013), Magnetic Motion (2014), and Hacking Infinity (2015). This propensity for collaboration likely resonated with many in Pittsburgh’s creative community, in which artists, designers, photographers, and other creatives frequently join forces across disciplines to execute large-scale projects.

Some of Van Herpen’s most innovative work was placed near the end of the exhibition. Here, visitors marveled at an icy looking, 3D-printed dress from her 2014 Magnetic Motion collection. In an interview playing during the exhibition, the designer admits that this particular dress was satisfying to create because the 3D printing company initially told her that it wasn’t possible to print the dress in a clear material. Van Herpen persisted and was delighted to receive the call that the dress had been made. The designer’s unyielding perseverance likely struck a chord with exhibition attendees from this Rust Belt city, which had to reinvent itself after a collapse in industry.

Interestingly enough, one of the final dresses in the exhibition was made from steel. From the 2015 Hacking Infinity collection, the dress bursts outward in a circular fanlike shape from its center and is made from an unusual technique of weaving ultra-fine stainless steel fiber. Steel, something inherently industrial, given a new purpose through skill and creativity…doesn’t that sound familiar?