“The 5ive” Meal Prep and Catering 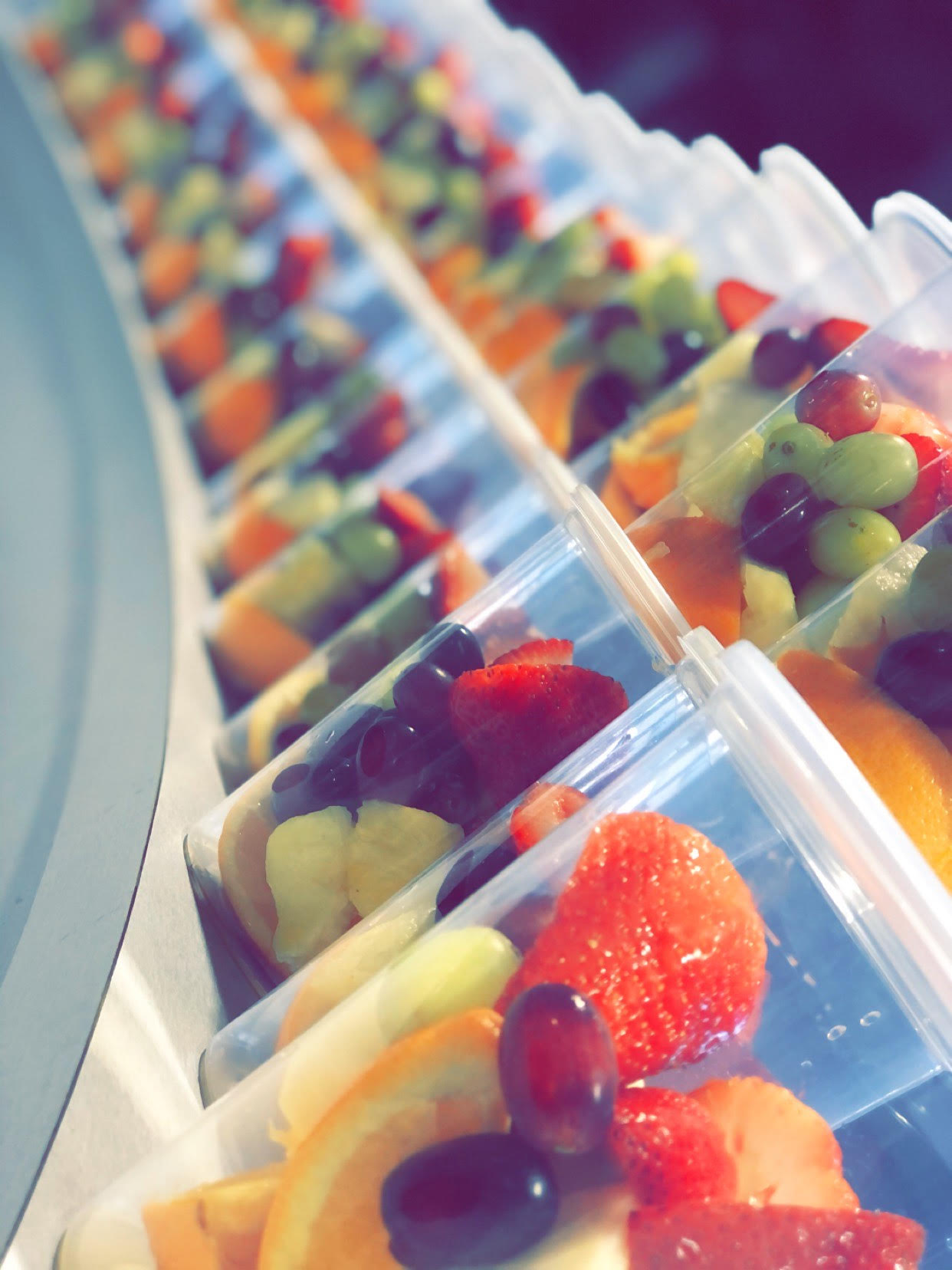 For as long as I can remember entrepreneurship has been the driving force behind the success of my family unit. I can’t tell you how many different business ventures I embarked on before I decided to become a personal cook/chef, but the process of getting to where I currently am was well worth every failed attempt that came before it. More importantly, I turned an unhealthy addiction to food into a healthier hearty choice food preparation service that ultimately changed my life for the better.

Hello, my name is Brandyn D. Blackwell from the small town of Hermitage, Pennsylvania. Becoming a cook as a career was not something I planned on even though food service was a big part of my life. Originally, I planned on becoming a multi-platinum selling recording artist or the next big international fashion designer but things didn’t 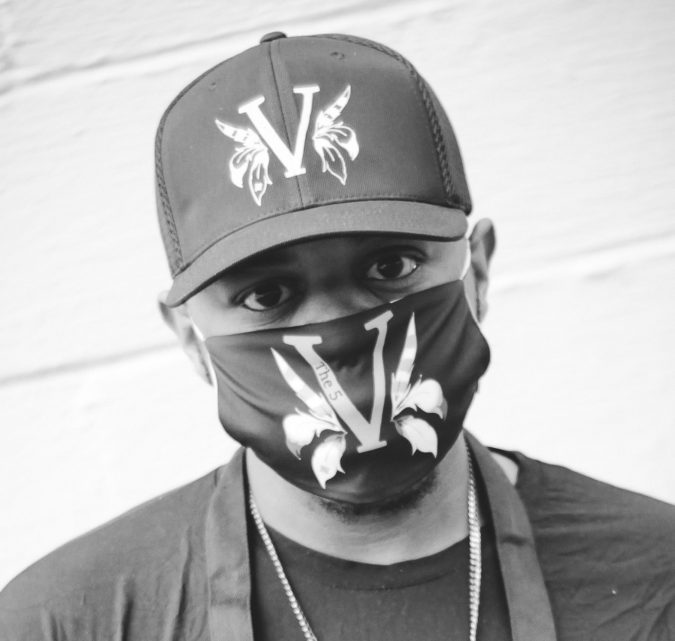 necessarily go that route, and though music and fashion are still major elements that make up who I am, cooking has become the heart, soul and financial nucleus of the brand I am currently in the process of building.

My passion for cooking my love for food stems from the relationships with my grandmothers both paternal and maternal. My maternal grandmother Alexis or “Miss Reggie” as she was so affectionately called taught me everything that I needed to know as far as turning a love for cooking into a way to make a living. I cannot count the number of church dinners, bingo dining halls, birthday parties, graduation parties, weddings, and days helping her in her diner – working by her side – but I promise you I have A story for each event somewhere in my memory and each of those stories equipped me with a lesson that I practice even now in my cooking endeavors. You see most times, even though she never publicized it, my grandmother was underpaid or not paid at all for the food services she provided to many people. I didn’t know it at the time but even in those younger days helping her out she found a way to pay me for helping her even if I didn’t do that much.

I remember at the beginning of 2019, after surviving a car accident in which I was rear ended at 45-50 mph, not wearing a seatbelt, and my car was totaled. that my mom suggested that I begin using the love that I had gained for cooking over the years as a way for me to generate income. I could not return to work while legal litigation was in the works concerning the accident and I had absolutely nothing coming in to help pay my monthly bills. I remember throwing an absolute tantrum because I didn’t want to go down that path as a profession and I felt as though my abilities and cooking knowledge were nowhere up to par enough to be able to sell meals.

At that time, there were already a couple of prominent cooks/shifts that were making names for themselves in our local area and I didn’t want to feel as though that I was going to have to compete with such talented and established entrepreneurs. I didn’t want to give my life to the food industry as my grandmother did because ultimately I felt as though the food industry took her life from her. I watched cooking wear my grandmother out and wear her down, I watched people cheat her out of money, and I watched the stress of trying to make ends meet through cooking cause her to continue to indulge in a habit that ultimately ended in terminal cancer; which is also how my paternal grandmother passed.

Now my paternal grandmother, Doretha, or “Miss Doe” as she was called, showed me inadvertently how food could bring people together. I never saw my paternal grandmother cook a meal from start-to-finish because I didn’t spend a lot of time around her. My paternal grandmother was the grandmother that I went to spend time around during the holiday times when my father was coming to town. I always remember when the food was ready, there were so many different kinds of dishes on the table that I didn’t necessarily eat or see my maternal grandmother prepare. Grandma Doe was so creative at what she did and she always made way more than enough because during holiday meals a plate was prepared for you at the table even if you weren’t family; because EVERYONE was family to her. During Thanksgiving and Christmas there would be people coming in and out of the door all the time with smiles and laughter and good vibes and it would continue for hours and days, almost going on all weekend. I believe people flocked to her table not just because of her hospitality but because there was a taste and a feeling that you absolutely couldn’t find anywhere else outside of Doretha’s dining room table.

So after giving it some sincere thought I decided in March 2019 to sell my first dinner for $5. I sold plates of Italian sausage with peppers and onions, buttered 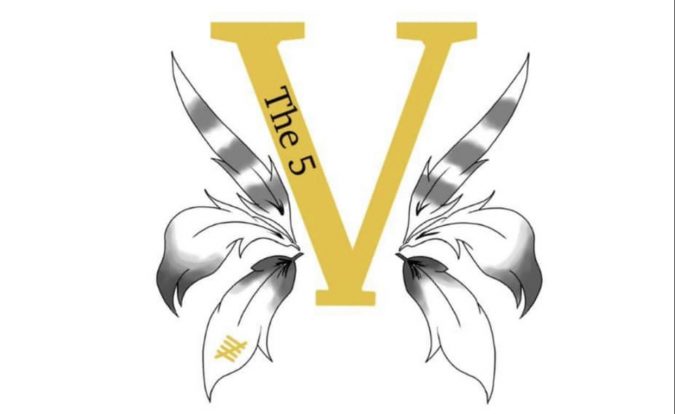 noodles, baked beans and green beans and I sold nine plates on my first day. Word began to quickly spread and within my first six months of business, I began averaging about 20 to 30 boxes of meals each day that I did a pop-up menu. With the business
experiences I had from my grandmother Alexis and the creativity that I drew from my grandmother Doretha, I quickly was able to go from working 50 to 60 hour work weeks to cutting my hours of labor in half and making enough income monthly to sustain me even through the pandemic. However July 2020, I too had caught COVID-19 and had to take a major step back from the kitchen.

From July 2020 all the way until March 2021, my food sales were very scarce. I had lost all confidence that people would return to purchase food. I had lost all interest in continuing to put more work into making a comeback. Once again my mother, Dr. April Torrence, suggested that I contract with her to provide meals for the students at her early childhood learning academy. Again, it took me a couple of months for me to accept her proposal but I finally dove right in and also returned back to the workforce part time as general staff at Planet Fitness. I was preparing a week’s worth of meals for the Academy one day a week every Saturday for 6 to 7 hours and would have the rest of the week open to making extra money at the gym. By this time, I had lost 70 pounds on my own effort and change and eating habits and working at the gym and being engulfed in that culture sparked a new idea for me to rebrand my business and return to the cooking/catering fold.

I took to social media after planning out a weekly menu with one of my best friends Britney Penn, and opened up the first ordering slots for The 5ives “Weekly Re 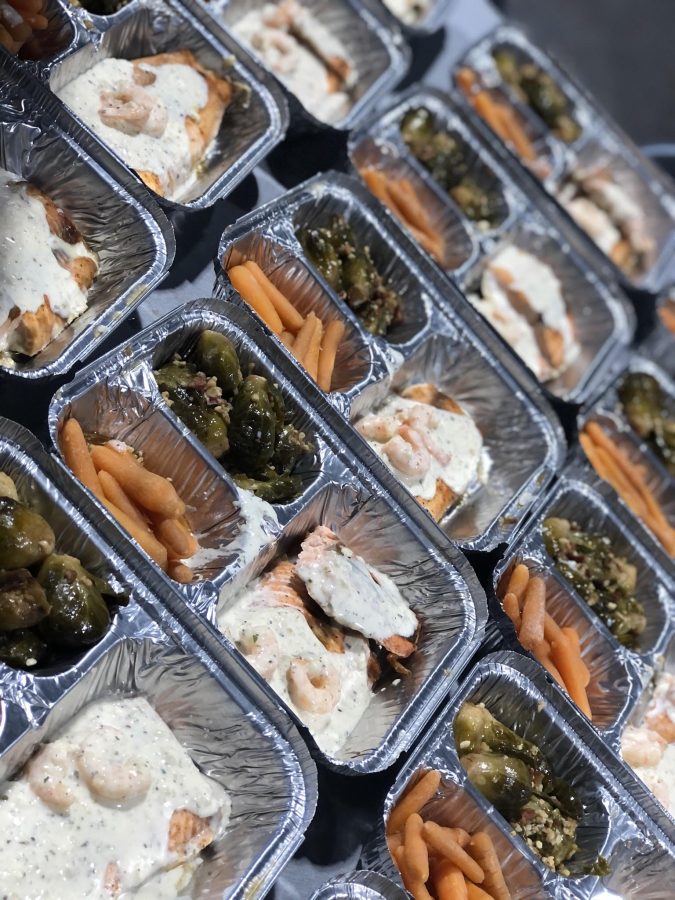 ady Meals” packages. Clients would receive five meals that did not exceed 700 cal for $25 and if they so chose, I also provided a premium package that came with three fruit salads, specialty House salad and two servings of a dessert, priced at $50. Client was placed their order, pay for it by Friday and pick up their entire order of meals each Sunday evening. My first week I sold nine slots and then 12 slots the second week. Britney a friend I made back in 2019 with someone who helped push me any more positive direction when it came to how I could use my talents and cooking to help others. She had started an organization called the Good Hand that focused on providing food, bedding, and toiletry items to homeless people in local communities. We became friends by collaborating both of my effort and I made chicken salads and to go cups to pass out to the homeless as she passed out scarves, hats, gloves, blankets, and other necessities that people without homes with need.

By the end of March or the first week in April, my weekly ready meals planned had become so popular that I was able to move from cooking in my home kitchen to renting out space in a commercial kitchen here in Hermitage, Pennsylvania that also allowed me to accommodate more clients.

As it stands now the weekly ready meals program is still going strong. I have even begun booking clients out of state to come and prep meals for their weekly needs and small family events. This is exactly the direction I hope to take my catering service as I would like to begin focusing on high end clientele that I can travel all over the country and prep and store Home cooked meals for them that are ready to be heated and Serve at any time without the hassle of having to prepare it themselves. My collaboration with Zion Education Center has opened doors for us to feed after school programs in our local community and not just the students in the house. Because of this, I worked my last shift at Planet Fitness so that I can begin pursuing the growth of my food service full-time once again re-energized and reestablished with a brand new client base and contracts that solidify my financial independence.

During my free time, I am working online to be certified as a personal trainer, nutritionist, and transformation specialist through ISSA and I look forward to also adding more areas of professional development under my Servsafe Certification which I acquired in February 2020.

For now, I am allowing cooking to be my main focus and my driving force towards not only financial independence but financial freedom and ultimately generational wealth. In addition to becoming a traveling chef, in the future, I would love to begin growing my own produce and herbs to produce my meals with and enough to start my own small fresh market and I plan to do all of this while continuing to sing, make jewelry, and help others achieve a healthier version of themselves physically and mentally.