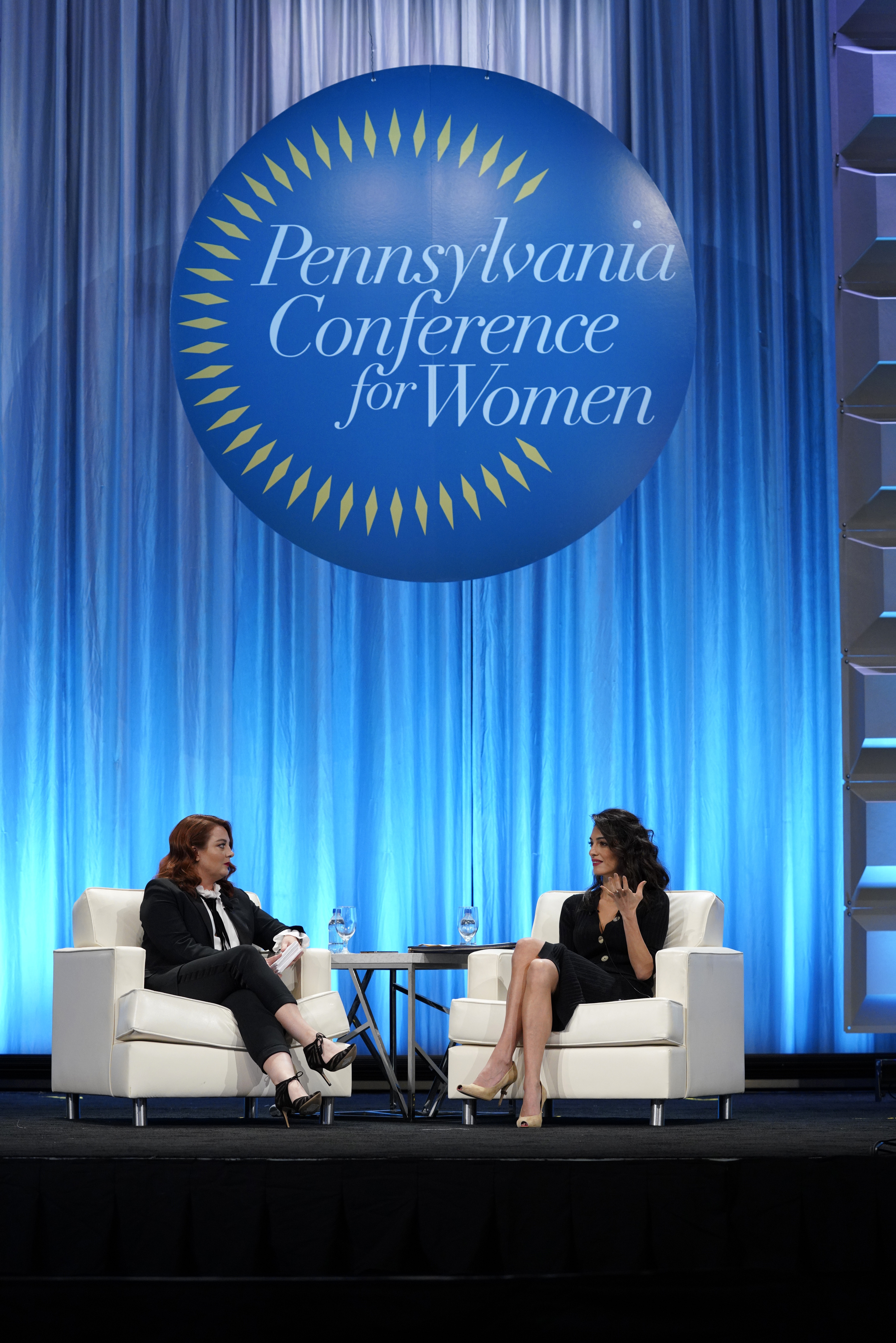 Though the media, her stunning looks, marriage to her movie star husband George, and their twin 1-year-old babies may be what we know the most about Amal Clooney, her brilliant heart for protecting and defending the rights of the women of the world is as powerful as her beauty.

At the United Nations and at the PA Women’s Conference, Clooney told the story of her client Nadia Murad, a brave young Iraqi woman. Four years ago, Nadia was living happily as a 21-year-old student in Kocho, a village in northern Iraq where her family was farmers.

One day, in August 2014, Nadia was forced to watch as her mother was one of 80 women marched off to be killed and buried in unmarked graves. Her brothers were of the 600 who were murdered in a single day.

Nadia was bought and sold back and forth as a sex slave between ISIS fighters. Ultimately, she was raped by 12 different men. Her captors would force her to put makeup on and dress up in preparation for rape. Clooney explained, “One man made her lick honey off his toes. One night, she was offered to six guards to do whatever they wanted to her body. She showed me the scars from cigarette burns and beatings… They would brag about conquering Yazidi women and wiping their religion from the face of the earth.”

Nadia’s was only one story of the over 6,000 Yazidi women and girls who were taken by ISIS. They were sold in markets and on Facebook and other social media sometimes for as little as $20. The UN says this involved girls as young as seven years of age.

Clooney accounted tales of horrific violence toward women who are Yazidi, and sometimes it was even self-inflicted: some even committed suicide to be freed from rape. One 16 years old girl escaped from her captors and then set herself on fire. She told Clooney that she did this so she would be too ugly to ever be taken captive again.

“Rape is a weapon of war… Rape is a way to systematically destroy a community. It is a way to try and control women for the rest of their lives by taking their bodies… Rape is an attempt to destroy a woman’s spirit and her will to survive.” Clooney boldly stated this on the stage of the PA Conference for Women.

There has not been a single trial for an ISIS fighter in a court anywhere in the world for sexual violence. This is what Clooney is fighting to change. After her long and hard campaigns, she spoke in the chamber of the U.N. Security Council, the most powerful international body in the world, and urged them to take action. Investigators are now on the ground in Iraq, and the possibility of justice is finally within reach.

“But for too long, women have suffered without speaking out. Or without being believed. And this is true in this country as well.” They are not just in another far away society. The sexually trafficked and abused are right here in the United States.

Clooney hopes that in the wake of the #MeToo movement, the perpetrators will know that the abuse will no longer be tolerated. They will be brought to justice in a court of law and face imprisonment if convicted. She explained, “This should be true no matter where the crime was committed. Survivors in any country deserve the chance to look their abusers in the eye and report what has happened to them.”

She told us a story about being concerned last Friday night when at 4:00 in the morning her home phone rang. “It never rings. And at that time, I thought it must really be bad news. We looked at each other with concern because we saw the number was his parents’. And then suddenly I heard, ‘George did you hear that Nadia has won the Nobel Peace Prize?’ The announcement came from Norway and George’s parents saw it on the morning news on the other coast.

“I think we all cried at some point that day, just thinking about how far these young women have come … Nadia was determined to use her voice to help others … she’s an example to us all. An inspiring reminder of just how far we can go!”