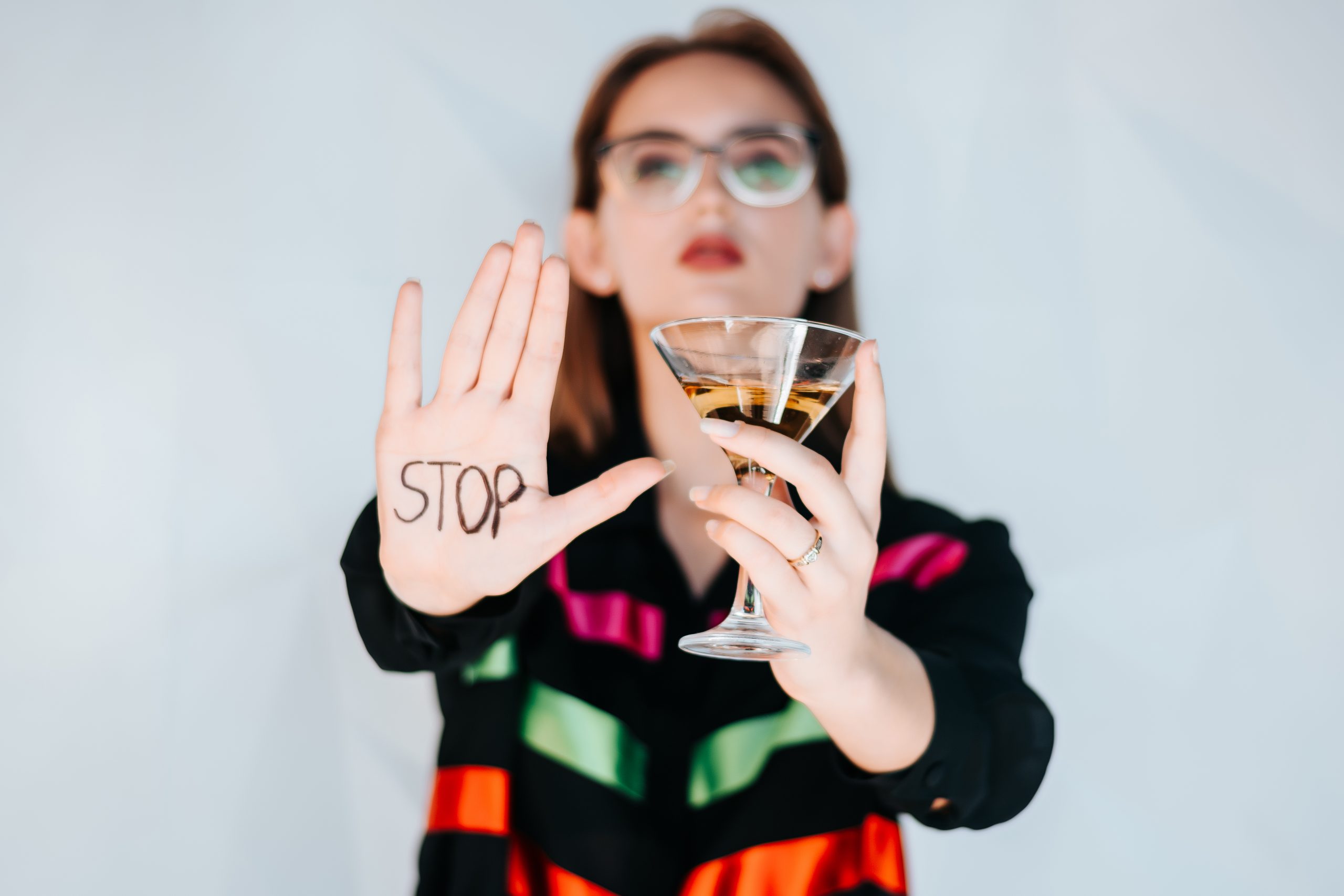 It’s funny to think of introducing myself with a list of the things I don’t choose, but that’s the problem with the word “sober.” It’s supposed to mean that I don’t drink, but it is a “don’t” that carries weight. It suggests that bad things happened, that you shouldn’t invite me to certain places, and that I am fragile and flawed… or at least I used to think it meant these things.

No doubt exists in my mind that my own subconscious biases surrounding sobriety delayed a really good decision for myself. Prior to becoming sober, there were 1000 occasions on which I considered giving up alcohol. When I felt great, booze wasn’t a real issue, but my life was also full of ample evidence suggesting that when life got hard, I drank to not feel. Yet, it wasn’t until life brought me to my knees, I resolved to remove alcohol from my shelf of coping mechanisms. I remember the exact day the stigmas surrounding sobriety scared me less than continuing to live a sad and secretive life.

But then something miraculous happened – I proved myself wrong. The scarlet letter I thought I must bear was never found. In its place, I discovered new freedom and joy and my own capacity to step into the driver’s seat of my life. I wasn’t only choosing less alcohol but more of “me,” and that felt expansively more interesting and invigorating than a narrative still centered around something that no longer served me.

Today, if you ask me if I’m sober, I will tell you “yes,” but personally, this word no longer serves me. I think a word like “sober” is most effective if it supports the person it defines. I’d rather tell you “I don’t drink alcohol,” because it doesn’t creep into defining “me,” nor does it allow you to do it for me. It just tells you one thing I don’t do, like own a cat. And just like you can ask me about my decision to not own a cat (because I’m allergic), you can ask me why I don’t drink. I’m always happy to share my story with someone who might find it helpful.

However, I do think there are generally more interesting things to talk about than my sobriety, especially in social environments. I believe this so strongly that I resolved to build a company to make my decision not to drink less intriguing. I dream of a world where alcohol is an ingredient that people can decide to include or omit. If her choice is “omission,” this choice is inconsequential to her overall experience, and the context surrounding it is hers to share or not. If you are choosing “you,” and that means not drinking alcohol, there should be no shame, but rather celebration, and that’s something I’m always here to toast to.