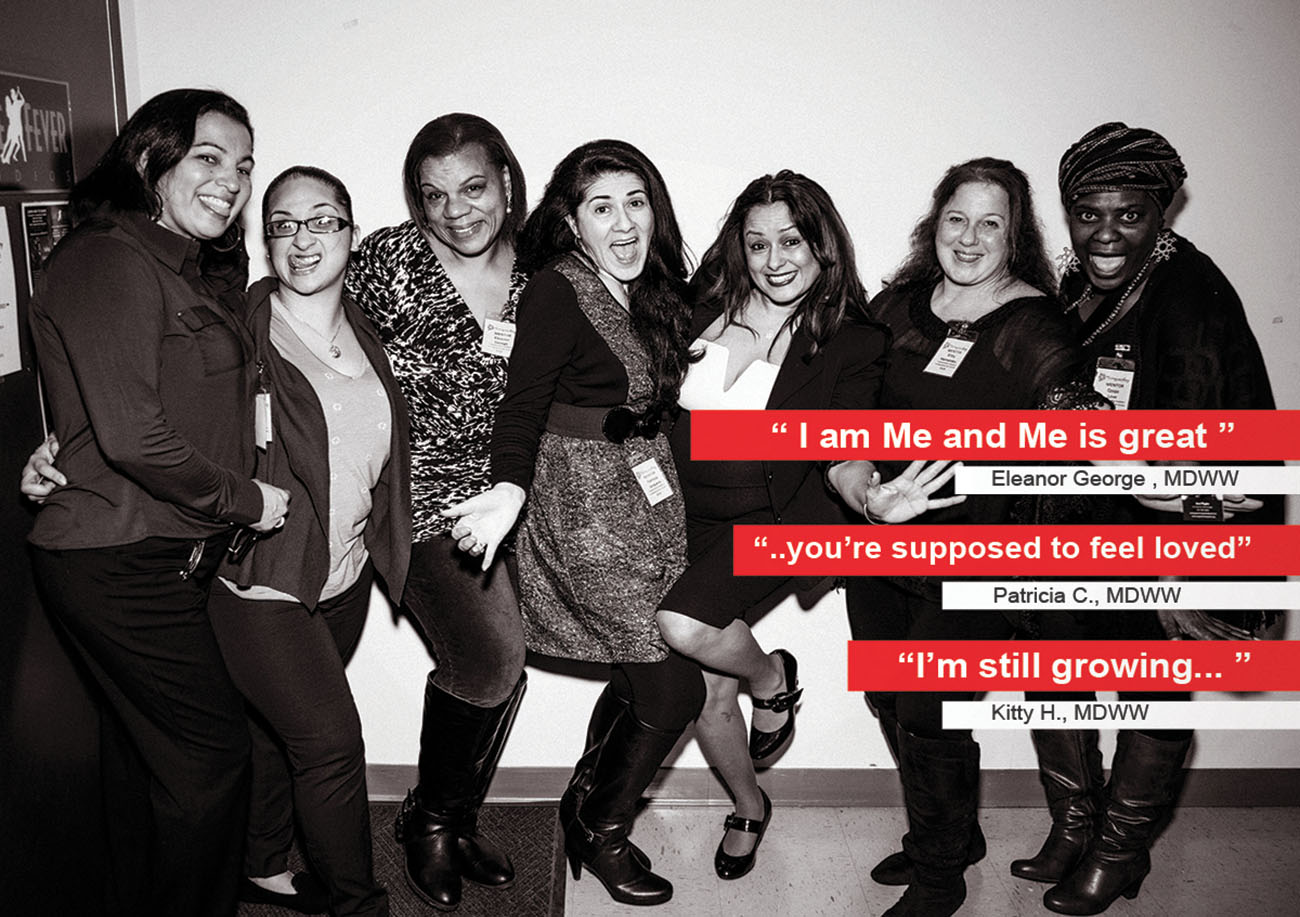 To survive something as life-altering and as life-threatening as domestic violence, a person must be given much more than just a way out.

That miracle does exist.

“Miracle Workers was a miracle from the beginning,” Jose said. “The footage was supposed to be part of a longer full-featured documentary. The full documentary was supposed to feature other artists and their contribution to the ‘Let’s Play House’ art exhibition and film. However, due to logistical issues, the other artists didn’t have a chance to record any footage for the film. I didn’t want this story to be untold and the shoots with the Milagros Day worldwide mentors moved me in such way that I sat down at my computer and told myself that this had to be a movie regardless of length. I just needed to get this to the viewers out there and let them see that there is life after pain. That was my biggest motivation.”

So Jose initially approached Dawn about the idea of taking pictures of domestic abuse survivors. However, the video footage he also took of the shoots ended up being so powerful that he asked permission to turn the footage into a documentary. With the help of The X-Collective, a nonprofit arts charity that talks about social injustice and issues through art, Jose and Dawn were able to turn the pictures and video into a full-length documentary that is now up for some major critical review.

The film documents six women who have been through Dawn’s Transformation Academy. It consists of a leadership course, follow-up Boot Camp Retreat, and a Three-Tiered Leadership System which includes a mentee, mentor, and a coach. The women Jose focused on for the photos and documentary were mentors, and according to Dawn, seeing them go through the program had a powerful effect on him.

“After it was over, he reached out to me and said, ‘This HAS to be a documentary!’” Dawn remembers excitedly.

Seeing this vision coming to life just furthers the dream for Dawn. Milagros Day Worldwide is a personal mission, named after her own mother. Carmen Milagros suffered severe physical abuse as Dawn grew up in New York. When Dawn was 14, she happily saw the day where her mother broke free of that cycle, only to be killed six months later in a car accident. Dawn later began a career as a paramedic and captain in the New York City Fire Department, where responding to so many domestic violence calls, as well as dealing with her own past, left with her PTSD. Dawn then worked with a coach who introduced her to the idea of purpose. That coach issued her a challenge: she had 90 days to come up with something new, something that made her happy and Milagros Day Worldwide was born.

Jose explained, “Speaking to each survivor, I learned that sometimes the mental breakdown is more damaging than the physical. That’s when I grew even more admiration for the work Dawn Diaz does because they help with the lingering pain that most survivors suffer even after being in a safe physical environment.”

However, Dawn doesn’t want to concentrate on the negative for too long. She encourages these women is to focus on the future, and she hopes the film shows that. “We hope the film doesn’t focus on the problem but on the possibilities. We know this is an epidemic, but we want these women to know about the possibilities, the freedom, the sisterhood, no matter what happened to you!”

And how do Jose and Dawn think the women felt about their photo shoot? The pictures? The clothes? The poses? What was it like for them to take all of that in? Both agreed that it would be something beyond empowerment. The photos and something in the whole process gave these women life.

“These women, these miracle workers exuded this feeling of control and empowerment,” Jose explained. “They did not appear to me as victims anymore, but as queens with zest and zeal for life. My goal was to help them clear a personal hurdle in sharing their experiences so others can see them as beacons of possibilities. To see some of the survivors cry at our screenings—tears of joy and celebration—showed me that they, in fact, have pushed beyond their comfort zones to be in control. The world will see that not all victims are weak and powerless. They will see that being a victim is just a phase to being in charge of your destiny.”

“They felt amazing,” Dawn agreed, “but what was more amazing was having them do the screenings and Q&As because they are now able to talk about their experiences through Milagros and become leaders and public speakers. There is growth.”

If Dawn could sum up the entire experience in one word, she would pick “gratitude.”

“I have gratitude for my purpose, for Jose’s vision, and for the women trusting in our vision.”

In the United States, every 9 seconds a woman is assaulted or beaten. (Department of Justice, 2016)
QoQo L. turned abuse into success through Milagros Day Worldwide.

More than 900,000 incidents of domestic violence are estimated to occur annually. (Department of Justice, 2016)
Kitty H. is more than just a number or a victim…she is a mentor helping others who have suffered abuse.

25% of women have experienced domestic violence. (Department of Justice, 2016)
Patricia C. survived and now thrives as an advocate.