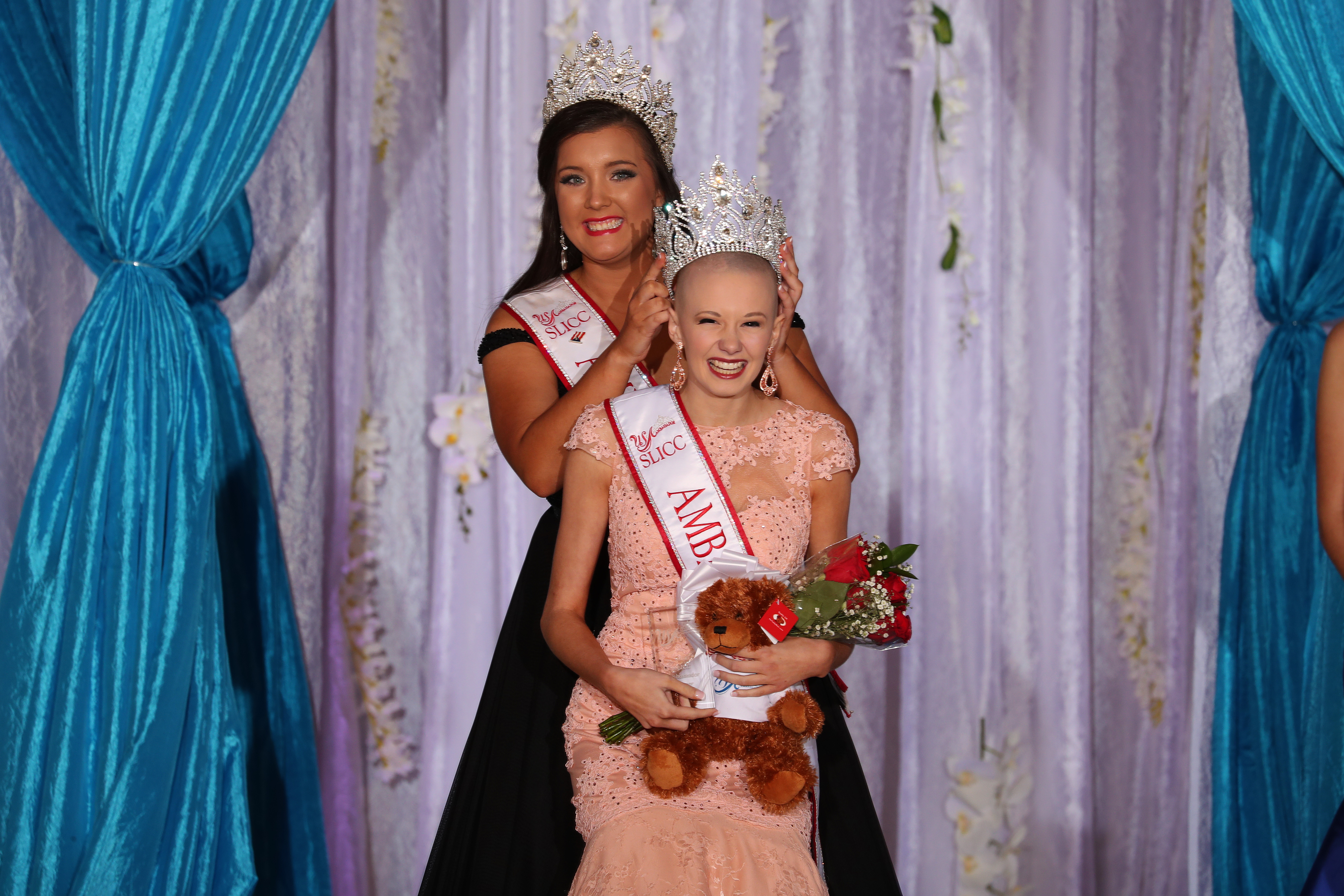 If I can show just one person that bald is beautiful, that disability does NOT mean incapable, or that there’s hope even when things seem hard, then I know I’ve won, even if I didn’t walk away with a crown.

t age 11, I was diagnosed with a compulsive hair-pulling disorder, trichotillomania, when my mom and my 5th grade teacher both noticed I was missing my eyebrows. The behavior is similar to nail biting in that it often happens subconsciously. Because trich is not widely known, getting help was not easy. Even today, the cause of BFRBs is unknown, and there is no known cure. There are, however, certain types of therapies and medications that have seen widespread success. I saw many therapists for the next four years, but nothing really helped.

At age 13, I experienced bullying and went from just pulling out my eyebrows and eyelashes to pulling out my head hair. But nobody outside my immediate family knew about my trich, and I planned on keeping it that way.

As 8th grade progressed, my hair dwindled away. I began wearing headbands, bandanas, and hats to cover the noticeable bald patches on my head. I was extremely self-conscious of what I considered to be a “freakish” behavior. I felt ugly, and I was getting desperate for help. At this point, my mom and I attended the 2013 TLC Foundation Conference, where I met hundreds of people who understand exactly what I was going through. Even more exciting, I found out about the Hair Club for Kids, which provides free, human hair wigs to children under 18 with hair loss conditions.

With my wig, I got some relief. I felt normal and even pretty again. However, the wig was a temporary fix. At age 16, things really began to spiral out of control. I would get stuck in hour-long pulling “episodes,” where I entered a trance-like state and pulled out my hair without realizing how long it had been. Additionally, my anxiety and depression were rapidly worsening. I especially struggled with social anxiety, and often felt as if I couldn’t get out of bed, resulting in weeks of missed school.

I wanted my old life back.

In January 2015, I was admitted to Rogers Memorial Hospital’s residential treatment program in Oconomowoc, Wisc. Though I didn’t stop pulling out my hair, the program did help me take my hat off in public for the first time in a long time. I had embraced the beauty of being bald, gained confidence, learned to control my anxiety, and, above all, learned that I am so much more than my disorder.

About a month after being discharged, I went to school for the first time hatless. I posted on Facebook first to explain the sudden change in appearance. Shortly after, I made a YouTube video depicting my journey, and ending with me removing my hat and saying, “this is me.” A series of YouTube videos followed as I did a series of “firsts” with my newfound confidence.

Eventually, the videos began to shift from being about my personal journey to being focused on mental health awareness. While being hospitalized, I was inspired to advocate for those with mental illnesses to snuff out the incorrect stigmas so often portrayed in the media. 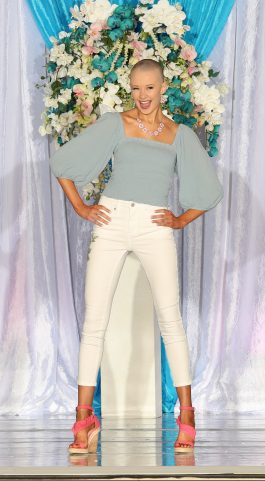 About six months after being discharged, I developed the Show Your Hero Project. It has evolved into an aspiring 501c3 nonprofit with the goal of creating an empowerment program to teach young adults with disabilities self-confidence and advocacy skills so they will pursue their dreams, even when others are suppressive and discouraging.

In January 2016, a friend of mine heard about my initiative, and suggested I enter a Miss America’s Outstanding Teen competition because she thought I had the perfect platform for the program. Two weeks later, wearing a dress from Goodwill and sporting a pixie cut, I won the title of Miss Freedom Forges Outstanding Teen 2016. I went on to place in the semi-finals at states, as well as winning a few awards. From there, I competed in several different pageants. Most notably, I placed first runner up at Miss Teen Pennsylvania International and Miss Philadelphia, Top 15 at Miss Maryland USA, won Miss Maryland USA Ambassador 2018, and went on to win the national title of SLICC Ambassador 2018 for the USA Ambassador program.

For me, pageants aren’t about winning. I’m competing bald in an industry that has focused on hair volume for almost 100 years, so even if I have a stellar performance, if I get a judge looking for a “traditional” pageant girl, I won’t be their pick. Competing is more about making an impact on the audience and my fellow contestants.

In ten years, I hope to be doing what I love: inspiring others to pursue their dreams. In a world where all the stars aligned, I would be a successful film director/nationally recognized motivational speaker. The Show Your Hero Project will be an established and thriving empowerment program. My hope for the world is to change the stigmas so that no one ever has to suffer in silence the way I did.