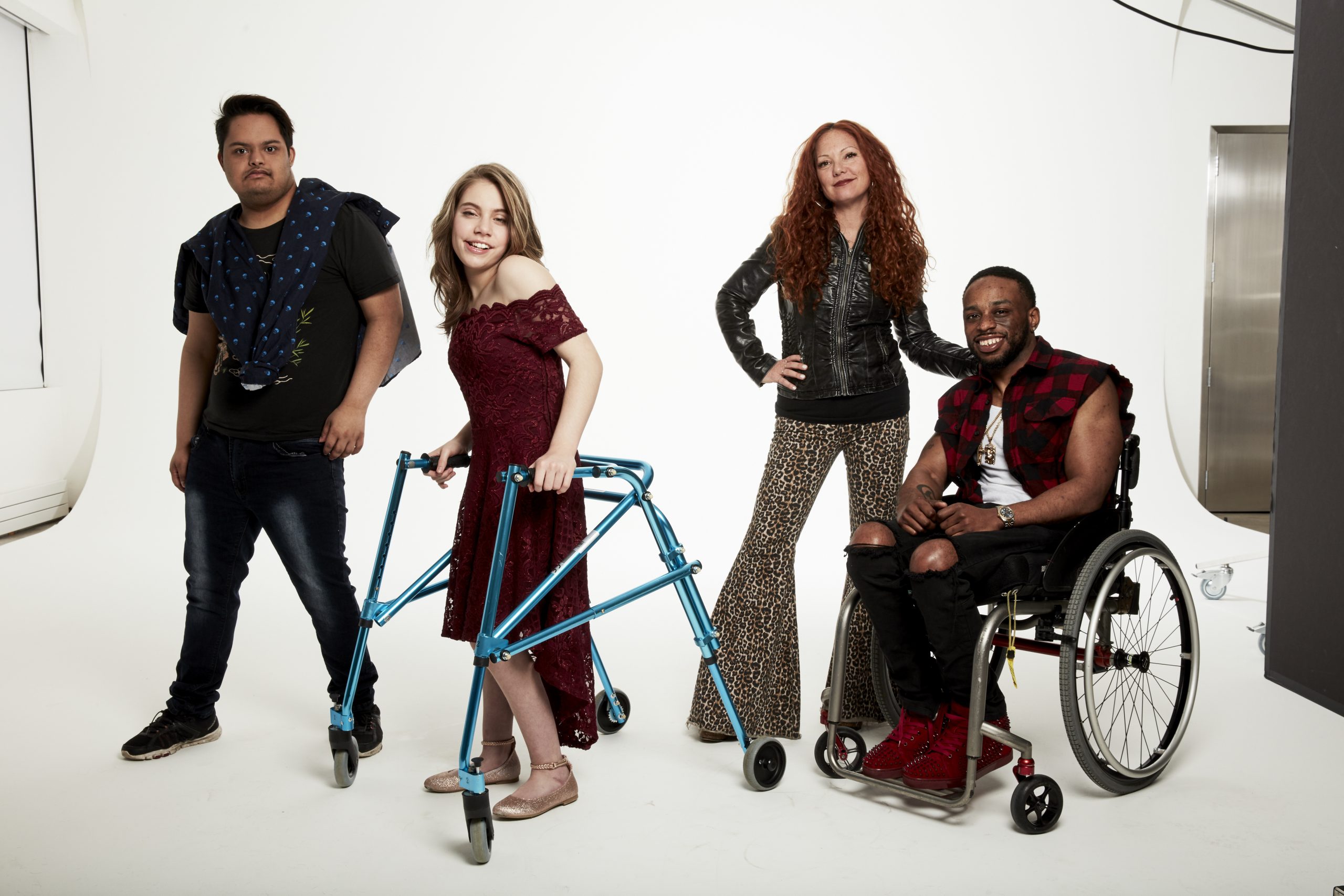 “This really is not different than maternity, plus size, or petite . . . if you can even wrap your head around this, there are sections for dog clothes in the stores, and we don’t have anything for people with disabilities.” 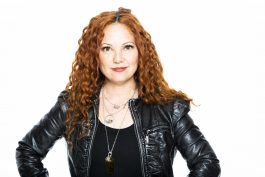 Mindy Scheier is the founder of Runway of Dreams Foundation where she develops, delivers, and supports charitable initiatives to broaden the reach of adaptive clothing and promote the differently abled community in the fashion industry.

It all began at her kitchen table when her 8-year-old son, Oliver, who has a rare form of muscular dystrophy, asked her to make him a pair of “regular jeans,” just like his friends.

To make jeans that would accommodate sitting for long periods, reduce dressing challenges, and also look “cool,” Scheier had to look at the classic jeans pattern with new eyes and make creative adaptations. These adjustments would later serve as the beginning of the new “adaptive” clothing industry. Drawing on an already accomplished career as a fashion designer, Scheier quickly saw the immense need for modifications across all styles of clothing for people with disabilities. She realized that there weren’t fashionable options for people with disabilities and shifted her design focus toward making all fashion accessible.

During my Xceptional Leaders Podcast episode, Styling with Adaptive Clothing with Mindy Scheier, Scheier shares her personal journey from designer to leader and pioneer in the fashion industry.

“I took an entire year to do research . . . I needed to have an arsenal of data to back up what I was saying … to come up with a solution that would help so many disabilities… I reached out to every last contact I had in the industry.”

Founded in 2014, Scheier created the Runway of Dreams Foundation to shine a spotlight on people with disabilities through fashion. The foundation serves the community through programs and events throughout the year. Their most celebrated offerings are classic runway events featuring models with varying abilities showcasing accessible fashion designs. 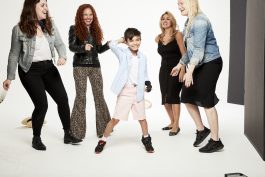 In addition to growing the foundation, Scheier also committed to her own designs, which included special modifications such as the rise of a pants pattern, material considerations, pocket placement, accessible fasteners, and most importantly, fashion-forward styling.

Although she experienced difficulty engaging support early on, Scheier credits Tommy Hilfiger as the first of the fashion leaders to truly appreciate and understand her message and embrace the responsibility of serving the disability community. After partnering with Runway of Dreams in 2016 to create a children’s line of adaptable clothing, Tommy Hilfiger expanded their offering in 2018 to include the adult line, Tommy Adaptive. Their international clothing launch campaign showcased several prominent people with disabilities modeling specific modifications including adjustable hems, side-seam openings, magnetic buttons, and Velcro closures.

Since then, Scheier has become very active as a leader in the adaptive apparel community as a speaker and thought leader. She presents often, educating designers on how to create clothing lines with adaptive modifications as well as unique styling and encouraging them to include people with disabilities in the design process. She has also become a popular TedX speaker and has been featured on ABC, CNN, and Fox News.

Her vision and message are now well-received by the fashion world. “I cannot believe no one’s done this before, and thank you so much for coming to us.”

As a result of her efforts, major retailers have launched affordable clothing lines such as Kohl’s, Target (Cat & Jack), Zappos, and Nike. This has increased access to adaptable and comfortable clothing on a wide-scale.

As a mom as well as a fashion designer, Scheier is honoring Oliver’s wishes and including all people with disabilities. Taking it one step further, she is providing people with ease and comfort in addition to the overall satisfaction that comes with feeling good about how you look.