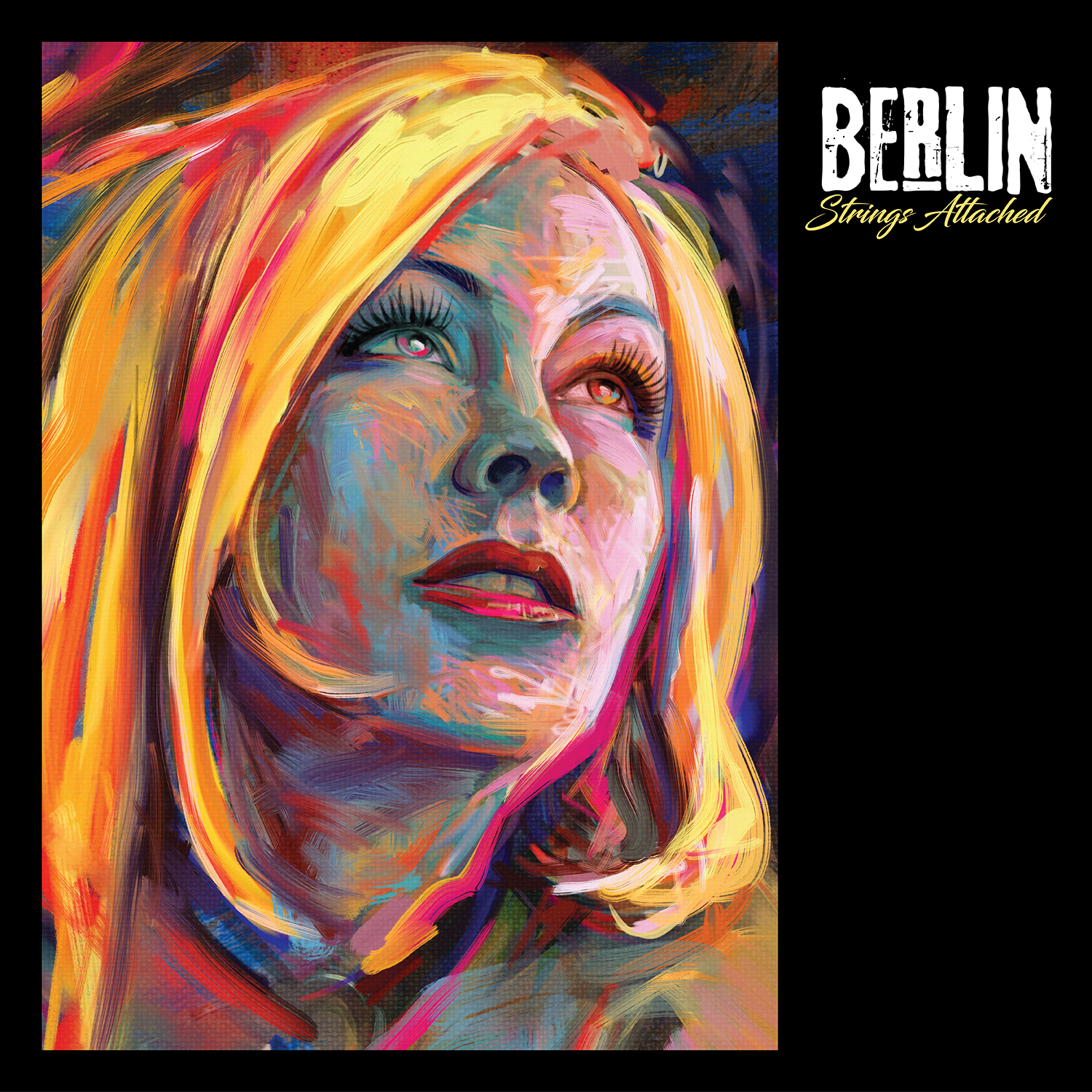 You can remember that scene.  The perfect music with the stable synth undertone romanticizing the silhouettes in unison of the main characters in Top Gun.  If every time you hear, “Take My Breath Away,” you don’t visualize that moment, you certainly have a moment in your life that you do recapture.

That song pushed Berlin into the limelight although the band has now surpassed 40 years of creating New Wave, Synth Pop music with other hits that we get to indulge in with the release of Berlin’s Strings Attached.

Behind the music, lead singer Terri Nunn is nothing less than inspirational and honest, who recognizes music as the great communicator that it is.  It’s not without saying that there is much more to this woman than you know.  You may not be familiar with other great works that Berlin has done, but now you can hear them in a way that exudes the original electronic intrigue with a power that is exhilarating.

But  let’s give you a beautiful build to an endless crescendo where Nunn just keeps building.  As a woman in her 20’s, the Top Gun accomplishments included an Academy Award, Golden Globe and performances that don’t go without fear, but as we learn and grow, the “why” or purpose becomes clear.

Nunn explained, “Everything was frightening, I was scared all the time.  I didn’t realize util about 44 that I was afraid of people.  I covered it with vibrato, and ambition and being good at what I did.  Music, for me, was not just because I love music myself, but it was a way to connect in a way that was safe.  We can love it together, create it together, go to concerts together, it was a bridge.  And over the years of playing in front of different people I realized people are good.  They have good hearts and I really learned to love my species.” 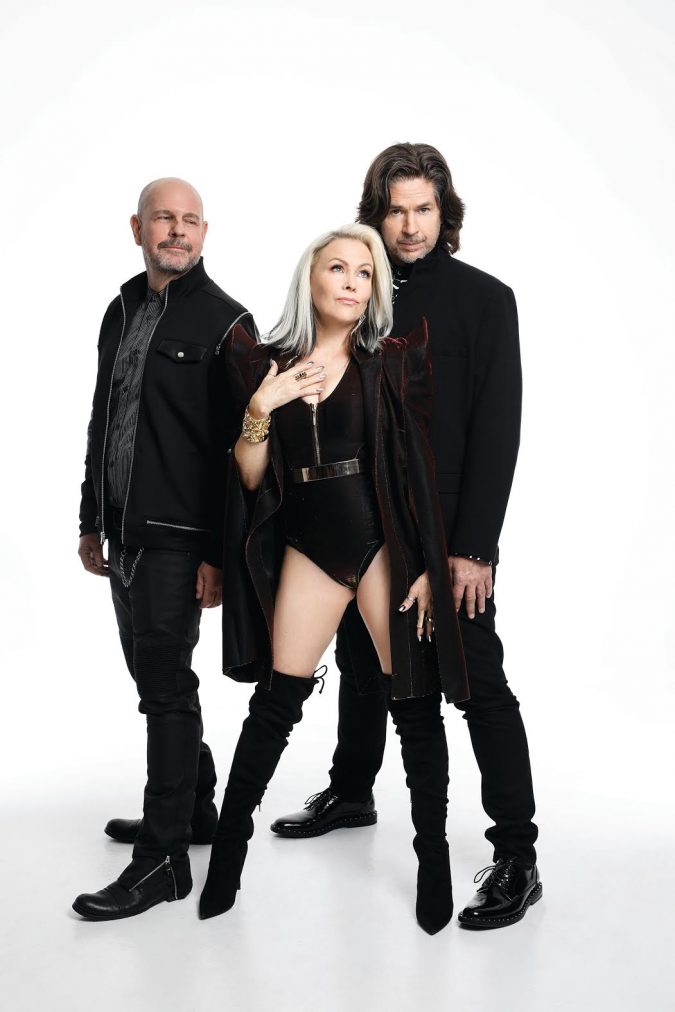 As human beings, connection and communication are important.  However, if we don’t understand what vehicle we are using and why, it can cause us to shy away from that essential need.  As I learned from Nunn, it’s not the stage itself that is the vehicle, but the music and she drives it well!

She further stated, “If I just got up on stage and looked at people, I’d be terrified.  But the way I can do it is believing in what my communication is.  If it’s empowering, if it’s inspiring, if it’s something that will be of value when I get up there then I can communicate it with confidence and forget that I’m scared.”

Unfortunately, with the current situation, live events all over the country have taken a hiatus.  While others have gotten by with live streaming concerts from their living rooms trying to keep some semblance of entertainment going for the public, Berlin did manage to have a live show recently.

Nunn recalled, “We did our first drive in show in Kansas and it was rough.  We are facing all these cars, it was cold, so nobody got out.  It was dead quiet between songs because they’re in their cars.  It was safe, I’ll give it that, but it wasn’t fun.  I don’t love the studio I make music for live shows. I don’t love the studio, it’s not my thing.  I like creating music because it’s so much fun to make concerts, go to concerts, get high on the music together, to be with people and just lose it for a while and forget about the rest of our lives.”

This is a time when we could all use connection and music.  With all but this 1 show cancelled, for the woman who loves the energy of a live performance, the stage lights of communication seemed to dim in one aspect, but opened in another (proving that like life itself, the driver is there but the vehicle changes).

The time off has revitalized my relationship with my daughter, and I’m grateful because it made me stop being so ambitious.  I’m here and available and it’s fantastic.  She’s very different than me and I love it.  I also have two boys, 28 and 25.  One is in college and wants lawyer, the other hasn’t found his calling yet.  I’m okay with that because everybody is different.  We have different life paths, different timing.”

That variance of timing has come to play more than once for Ms. Nunn, but her nature hasn’t changed.  Even in the downtimes, she has continued to shift her energy yet staying in line with her desire to connect, causing an expansion of fulfillment rising to an understanding that can take a lifetime for many to realize.

Nunn discussed the business and tech side of music, “In the 90’s, I was out of the business for a while and It was hard, but it was also good because I had no life outside of the business.  And getting out of it I learned how to be a wife, a partner, a friend; all those things that I didn’t have time to do before.  And that was important because I didn’t feel fulfilled.  Work is great but it isn’t everything.  So, this gave me time to develop relationships again in my life that were lasting.

Obviously 30 years later, with social media outlets over performing and the physical connection being diminished to distance visits via Zoom, there have been positives that allow us to utilize the new tech wave in a personal way.  For both performers and fans, this has opened a whole new world of connection and feedback.”

I love it!  I think it’s fantastic that we can have direct communication with all the people on social media.  We didn’t have that when we were kids!  If Bowie had social media, I would’ve stalked him.  We really are listening to what people have to say.  It’s really cool because before, all we had were the shows themselves and talking to others after shows and that’s a small piece of the people that were listening to us.  But now, wow!

After looking back and seeing how much has changed.  It’s truly a pleasure that Nunn and her Berlin cohorts John Crawford and David Diamond have brought back their iconic hits in a big way.  After a company approached them with the idea, they were well on their way to recreating the hit songs that we know and love with a full philharmonic orchestra.

The emotion Nunn felt was real, “When I heard it, I cried.  I don’t think about those things with my sounds, but what these people added, It was beautiful.  It was so big and made it majestic.  I’m blown away by what they did.  I had sung with orchestras before but only two or three songs at a time and loved it.  But this was absolutely amazing.”

From the overture “Take Your Turn” that was created by the orchestra to “Like Flames” you can envision that stage with its lights bright, then falling to a slight dim before the next scene starts to continue the story.  Not losing their legendary Synth Pop sound that grabbed her immediately with its uniqueness and ability to create any sound imaginable, their new album Strings Attached” that released on Nov. 27th, 2020 adds a new depth, yet familiar connection that boldly communicates Berlin’s journey for every listener.