Why We Still Need Feminism 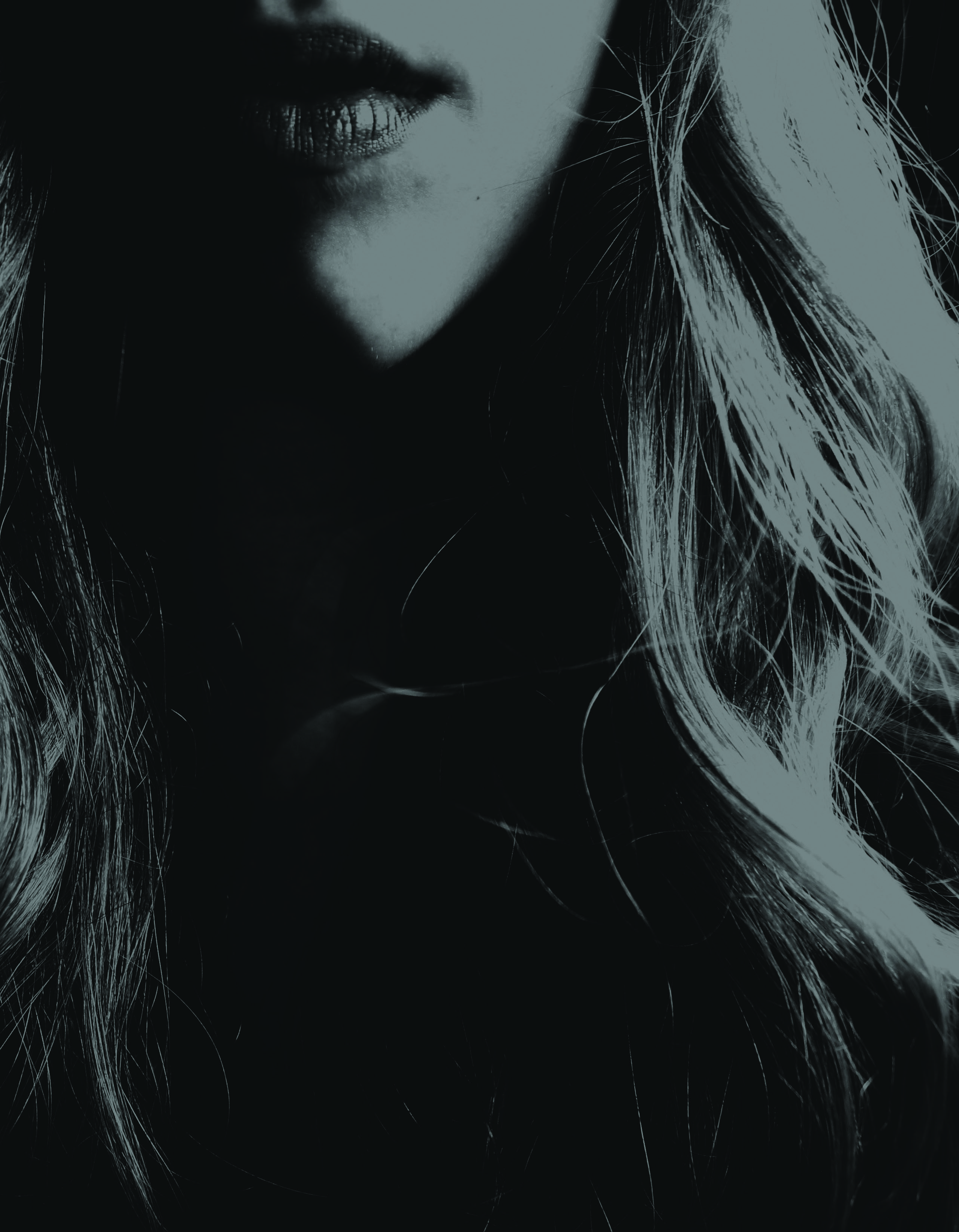 The first time I heard the word “feminist,” I was watching a female astronaut float across the TV screen. Her long permed hair flowed gracefully around her, unrestrained, in the weightless atmosphere. She was ethereal. She was what I pictured when I heard “Women can do anything men can do.” But there was that word, “feminist,” uttered with poison and an eye roll. It sounded filthy. I knew then that it was a word filled with too much meaning, too many meanings.

Even after the women of the 70s threw out their bras, the little girls of the 80s were told that boys pulled our hair because they liked us and our skirts and shorts had to come to the bottom of our fingertips so we didn’t distract the boys. Because they couldn’t control themselves. Because it was our problem, our fault.

In college, my girlfriends and I stayed away from the fraternity houses because a mutual friend got drugged at a party once. She was lucky, though. Another friend drove her home before anything happened. Because it does happen. And it’s the woman’s fault for being there. For relaxing. For trusting. For not keeping her legs together. For wearing that tight blouse that made her feel beautiful.

What does all this have to do with feminism?

Women can be doctors. Women can join the military. They can be actors or journalists or carpenters. They can work while their husbands stay home with the kids. They have choices in career. Isn’t that what it was all about? What I dealt with were brushes with inequality. So why do we not stop this nonsense? Why do we insist this isn’t equality? Why don’t we shut up and get over it?

For all the women you see living their dreams, we are still judging them for their perfect smiles, their thigh gaps, how gracefully they age. We wonder if they are pregnant when they have a slight roundness to their abdomens instead of letting them enjoy that
ice cream cone. We pick away at their shell, not caring what lies within.

Women are judged for nursing or not nursing our babies. We are judged for wearing that dress to this event. We are expected to keep a clean house and apologize to someone dropping by when we fall short. “Please excuse the mess. I have been so busy with work and the kids and I paused to watch a TV show for a few minutes—.” We are held to standards of a bygone era—the good old days, which I keep hearing touted as some strange golden time in America— when men brought home the bacon and women kept house and raised the children and there wasn’t any crime…or ambition for women to want something more…and blacks drank from separate fountains. Was this paradise?

In college, I stood side-by-side with men and women of multiple ethnicities in a lab as a biology major. And I felt equal. I studied feminist literature as an English major (a proud double major!) and appreciated that they spoke out so I could be whatever I wanted when I grew up. And I felt equal.

We may be able to sit in our houses and pretend that we are equal because haven’t been beaten by a husband or “sweethearted” by a boss or encouraged to have dinner on the table at 6 o’clock sharp. But is that everyone’s truth? Do we still need feminism? Do we need it until every woman in the United States, on the planet, can speak freely and be considered seriously without a wink and a glance at her breasts? Do we need it until a woman can go to her doctor for any health matter and get the care she needs? Do we need it until a woman with two daughters can decide that she is done reproducing without someone, just every once in a while, saying, “Don’t you want to try for a boy?”

So why is “feminism” a dirty word?

Simply, some people think feminists are man-haters. And maybe some of them are. But the vast majority of us—yes, I am a feminist—advocate for women’s rights. For the rights of every gender identity on the spectrum. We know that all humans should be treated equally. Equality means choice, not restriction. It means respect.

“Feminism is raw and powerful. It’s strong and uplifting.”

And just to be clear: if someone thinks it’s ok to touch you without your permission, pay you less, make you feel dirty or less than, insist that something is your job, deny you proper care for your mental or physical health, ignore your ideas, ignore your desires, make laws about what you can do with your body, drug you, ask you personal questions or otherwise make you feel uncomfortable because you were born a woman, then this is not respect, not equality. Not by a long shot.

We need feminism because my grandmothers were an English teacher and a stay-at-home mom. Because maybe they wanted to be CEOs or dentists or architects or business owners. Or journalists or firefighters. Because maybe it never occurred to them to want that. Because they didn’t always have a choice. Because families sometimes saved for their sons to go to college, but not their daughters. Because their generation told my mother’s generation that women only go to college to get their M.R.S.—to find a husband. Because they were told that their place was in the kitchen. Because they lived in a time when they had to wait for their prince to come. Because they couldn’t go out and live their dreams.

We need feminism because, in our most recent election, some women didn’t vote for the female candidate because she is female. Because they don’t think that a woman can run the country. In 2017. And that should scare you, shock you, disappoint you, no matter your political affiliation.

We need feminism because women only hold 19.4% of seats in Congress and 21% of seats in the Senate.1 Because 1 in 5 is not equal representation. In the United States. In 2017. Because depending on the year and the surveying group, the statistics are the same for women who have been raped at some point in their lives: 1 in 5. And those numbers are higher with some ethnic groups. And that doesn’t count non-rape sexual violence. Or the victims who didn’t report it because they were ashamed. Because they thought it was their fault. In 21st-century America.

We need feminism because women return to work as soon as six weeks after giving birth. In the United States. In 2017. Because we miss out on bonding time with our babies. Because we need the money. With spit up on our shirts and bags under our eyes. Because we haven’t had six straight hours of sleep in months. Or we have to quit our jobs because childcare is too expensive. And we miss out on all or part of our careers. Because in America, too many have to choose. And this isn’t what I call “choice.” Because out of 193 countries in the United Nations, the United States and a few small countries are the only ones that don’t have a national law for paid maternity leave. Because many of the U.N. nations provide for six months or more.2 But not in the United States. In 2017.

“We are sisters… The nation—and the world— need our light.”

We need feminism because little girls should be allowed to dream big, to like robots and glitter and dinosaurs and tutus and sports. Because their brains, not their reproductive organs, dictate their interests. Because playing with trucks doesn’t make them “tomboys” any more than a boy who does ballet is a “sissy.” Because when I look at my daughters and say, “What do you want to be when you grow up?” I want to honestly tell them, “You can! And more!” no matter their response. Because I don’t want to worry about them being groped or catcalled or ignored or not taken seriously or made to feel like their leggings will distract the boys. Because I never want them to feel like anyone else’s actions toward them are their fault because they are female. Because I want them to think that the law protects victims and see it protect them if any misfortune should befall them. Ever.

For better or worse, we are women. And we must build each other up, not tear each other down. Supporting each other in our journey toward equality is vital for us to succeed. For everyone to feel equal, we need to share our stories, and we need to stand together. We are Lady Liberty. We are Mother Earth. We are sisters. We are the leaders and guiding lights of the world. We may have been “behind every good man” in the past, but now, more than ever is our time to step up and shine. The nation—and the world— need our light.

1 http://www.cawp.rutgers.edu/current-numbers
2 http://www.npr.org/2016/10/06/495839588/countries-aroundthe-world-beat-the-u-s-on-paid-parental-leave This article stipulates that the maternity leave isn’t a handout. It’s typically a system that workers pay into, and then new mothers can draw from it during their leave from work. This can help bridge the gap in pay, especially for women who suffer from complications or take longer to recover from childbirth than is considered standard.