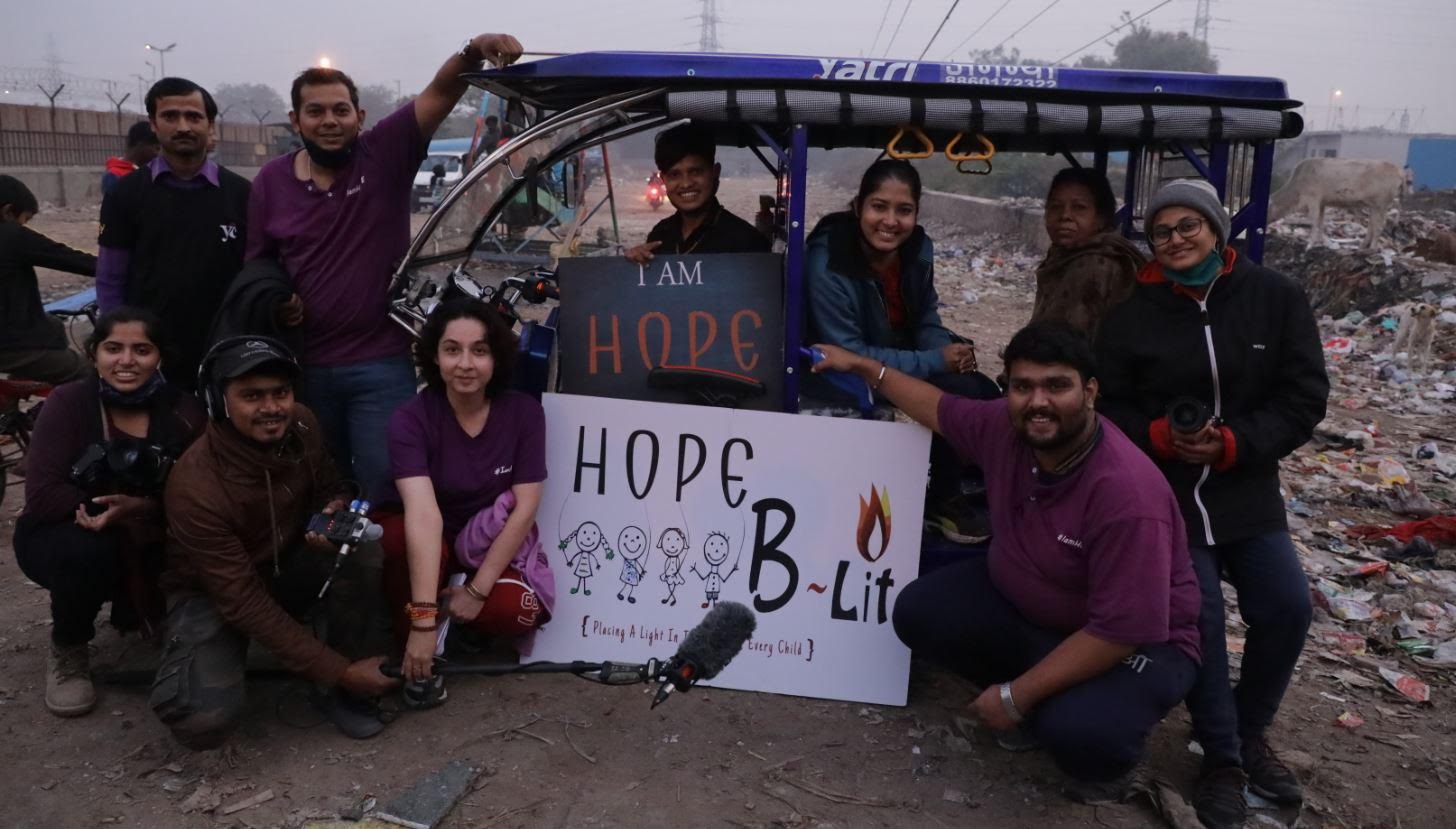 Hope B-LIT (Holistic Opportunities and Purpose of Education Be Lit), is a volunteer-driven LA-based non-profit organization championing children’s and women’s causes across the globe. The organization was founded by Ruhi aka Rohini Hak who is an engineer by profession and an award-winning director, writer, musician, and producer of films highlighting global issues and raising awareness via fictional stories and documentaries under 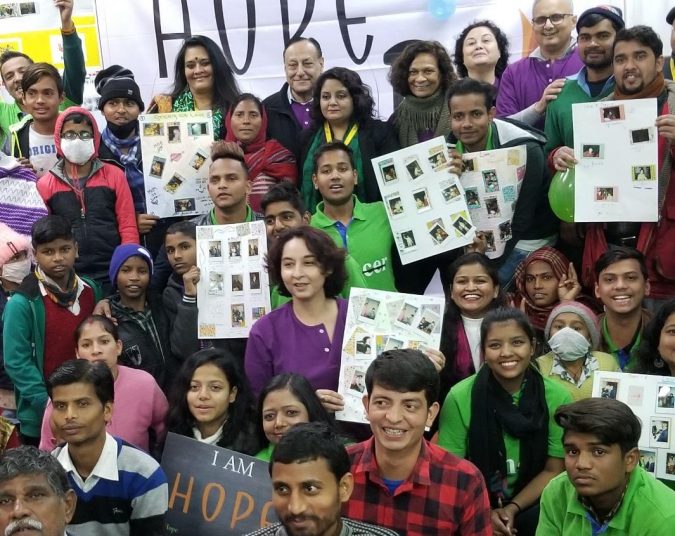 her production- “A Voices Unheard Films” that inspire positive change with the TAG line , “We don’t just make films … We make a difference” Ruhi holds a Master’s in Business Administration, majoring in International Business Strategy, from the University of Technology Sydney, Australia and is certified in Education in Human Values from ISSE-USA at UC Santa Barbara. Hope B~Lit under its three wings – Education, Wish Upon A Smile & A Voices Unheard Films does impactful grass root level work & gives a voice to those who are ignored in order to illuminate important social issues surrounding children & women globally. They HOPE to make a difference not only by listening, but by being the force of change on the ground. We want the suffering communities to know they’ll be heard. There’s still hope… THERE’S ALWAYS HOPE.  We maintain a Zero administration cost structure with a 100 percent volunteer-based model. This is to ensure each cent donated is given entirely to the cause.

Children and Women are at the heart of all we do.

HOPE B~LIT has conducted multiple ground initiatives & programs under the umbrella of ‘HOPE BEYOND BORDERS’ & ‘Wish Upon A Smile’ globally and worked on over 3000 workshops in varied subjects for children and parents in USA, India, Mexico, Africa and other parts of the world. The team has also been invited to do workshops at UTLA (United Teachers Los Angeles) conferences. Their initiatives encompass human values and education workshops, oral care awareness & treatment 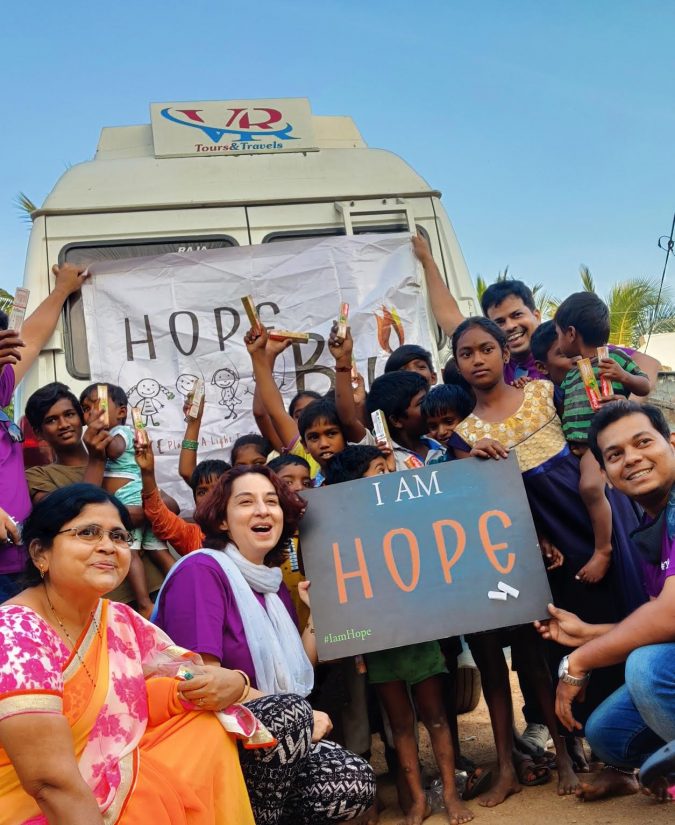 camps, building water tanks, running holistic health initiatives, & now documenting to raise awareness with powerful award-winning fiction and documentary films based on true incidents and protagonists & cause based successful impact events. Currently, they are on ground in Afghanistan assisting with food supplies to families in need, in India conducting blood camps & conducting an impact screening in collaboration with SMAP, founded by Vijay Patil & GKPD, a Kashmiri Pandit initiative with a strong panel set on Awareness to Accountability in collaboration with Jumanah Shaheen of Storyhouse – a Mamag group initiative & Priya Samant impact advisor of , “ The Kashmir Files”, A Vivek Agnihotri film on the untold story of the Kashmir region genocide. HOPE B~Lit brings critical humanitarian help at ground level to communities in need across the globe & they capture captivating stories on camera on the ground to raise global awareness.

Ruhi (Rohini) Hak is an amazing Indian American filmmaker based in Los Angeles originally from Kashmir, India. She brings her unique perspective and her phenomenal inner strength to the Filmmaking industry. And as an audience, we are not only enriched by her films, but we are asked to respond to her genuine and implicit calls for all of us to look beyond our own selves. Each of us are challenged to reach out to those around us who are

suffering, but who don’t necessarily have the same resources, money, and support that we personally might have.

E-Rickshawali 2021, is her most recent film directed, written, and produced by Ruhi in collaboration with Archita Mandal , founder of Tappind Wands Production. The story presents the incredible journey of Kiran Wati, a 21-year-old E-Rickshaw driver who dresses as a boy during the day to rough it out on the streets of Delhi. The short film, “E-Rickshawali 2021“, is an uplifting tale inspired by the sheer grit and ingenuity of a young Indian woman’s determination to support her family and make a life for herself. A crew wherein the director, writer, producers, cinematographers, actors, and editors are women. The trailer has already won hearts and awards like, Best Trailer International, Best International Faith/Spirituality Influenced Project, Best Use of Aerial Footage and other nominations.

“I met Kiran entirely by chance in Delhi,” says Hak. “In spite of the hardships that the pandemic brought down on daily-wage earners like her, Kiran’s spirit and will to fight it all just shone through. I had to tell her story. That is the kind of stories we tell at Voices Unheard Films”, she says. The production house is mission-driven to bring to the world stories and voices that are waiting to be heard. They also extend support to other filmmakers looking to raise funds for impactful films on global social issues.

Besides telling her story, Hope B~Lit also helped Kiran Wati purchase an E-Rickshaw. Now a proud owner of her own E-Rickshaw, Kiran can save the money she paid as rent to her

rickshaw owner and use it to pursue her education.

Hak’s other films have taken top awards in over 80 film festivals and have been on national broadcast as well in California under Human Interest films series. She was awarded the international film maker award in 2020 for her social impact films at Newsfest part of AOF Mega fest Vegas.

We all need to heed her call for each of us to do, what we can in our own way, to help eliminate poverty, and inequity in our communities!