1 POSTS 0 COMMENTS
Jess Gordon Brown is Commonwealth Silver Medalist and GBR senior team member in Olympic Weightlifting, 2x National Acrobatic Gymnastics Champion and 2 x national medalist in Judo with over 10 years of coaching experience. Having first started off as a gymnast, she moved onto Judo in 2011 at the age of 16 and later switched over to Olympic Weightlifting in late 2017. Alongside this she also teaches Gymnastics, Judo and Olympic Weightlifting. With plenty of experience in a range of of other sports as well, such as Rock Climbing, Boxing and Parkour, she understands how a general knowledge of shoulder mobility, strength and core tension can be transferable across a number of sports. Having a base understanding of these principals has allowed her to reach a high level of competency in her chosen competitive sports. Jess is currently ranked 1st in the UK in the very competitive W59 class for Olympic Lifting. She has recently returned from the Commonwealth Games with a silver medal in a very competitive weight class. 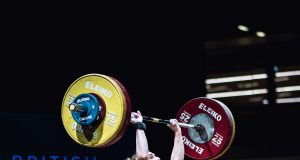