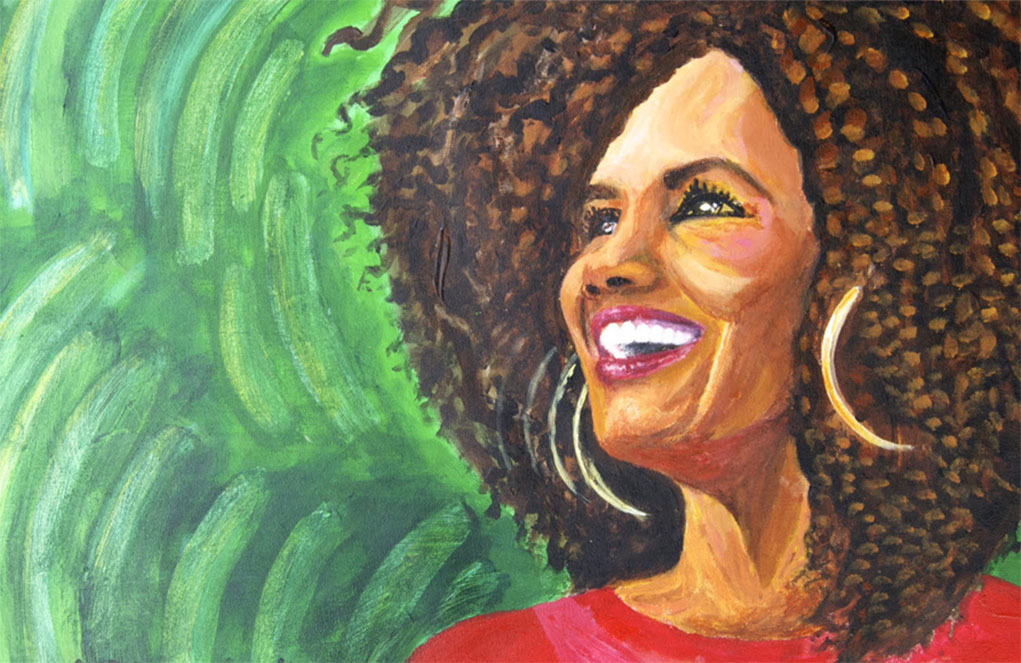 Pittsburgh artist J.G. Boccella uses a variety of materials to create the faces of his masterpiec­es—a little bit of permanent marker, a shade or two of pencil, and then he brings out the acrylic paint, all put on a gallery-wrapped canvas.

His style? Sometimes it’s loose and free; sometimes he sticks to traditional strokes as he combines drawing and painting. He uses bright colors and pastels. Boccella has also customized a theme of “gesture lines” along the heads and shoulders of his portrait subjects. It’s his per­sonal style, his signature.

The average portrait can take anywhere from 4 or 5 hours to more than 30 hours, and that’s in various sessions over the course of about a month. Boccella has several paintings on his docket, and he puts extreme care into each, whether impressionistic or traditional.

One rule for all paintings, however: they must be fierce!

The qualifications to be included in the project are straightforward. Boccella’s standards are clear: A “Fierce Woman” must be accomplished in her field. He looks for diverse backgrounds, which includes racial and socioeconomic.

The girls he is looking to reach need to see women who come from all places. The women he chooses also must demonstrate Boccella’s core values of the project: leader­ship development, mentoring and having men as allies. Those selected for the project must also be committed to mentoring and giving back to the next generation by sharing their stories to inspire and empower young girls.

Those fierce enough to be selected for the project have their portraits commissioned by Boccella. Either they pay for it themselves or they are sponsored. Pro­ceeds go to education and mentoring. Boccella has held successful mentoring events between his fierce women and middle and high school girls at The Pittsburgh Technology Institute, Carnegie Mellon University, and Brown University. He is also looking to expand to oth­er cities such as Chicago, Providence, and San Diego. Future plans include working with Boys & Girls Clubs on a book and written mentoring program that can be distributed nationwide.

While the subjects he chooses are quite fierce, no one has a fiercer heart and vision than the man with the acrylic paints and permanent marker, J.G. Boccella himself!