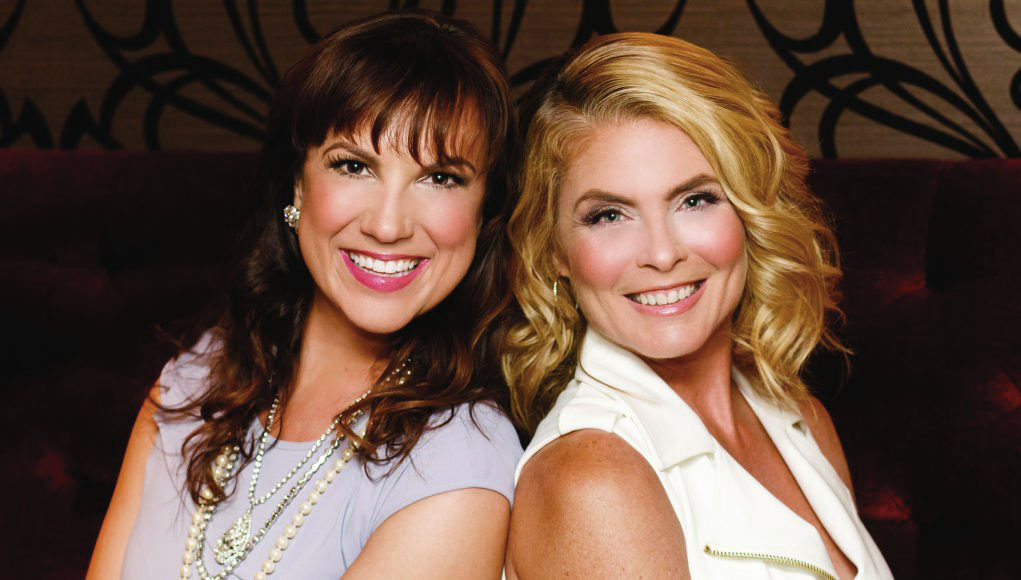 I always had wet hair, I didn’t care how I looked, and I didn’t have a portfolio.” That doesn’t sound like a promising start to a long-term modeling career, but that’s exactly how Kim Alexis began. 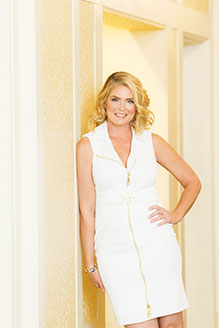 Before her first year of college, Alexis joined a modeling agency to help her earn money for school so her dad wouldn’t have to pay for everything. “People said I was pretty, and I should try to model.” But she didn’t think she would last long. “I kept thinking I was going to get kicked out because I was swimming 5 hours a day…All these girls were decked out, and I was a tomboy.”

Then one night, she noticed a man staring at her during a class. She assumed she was done. “I thought I was going to get kicked out [of the agency] when he called me into his office. He said to me, ‘Do you want to go to New York and model?’ and I said, “No, I am going to be a pharmacist. So I said that over and over, but the talent scout wouldn’t stop asking. So I said, ‘Ok, take your stupid pictures.’ I literally said that” she laughed.

Alexis’s pictures were sent to New York, and John Casablancas, a modeling agent, and scout, came to Buffalo for Discover a Model Day. “Those same girls who had intimidated me were parading in front of John trying to get his attention and meanwhile, me— the tall tomboy competitive swimmer—I was the one with the contract in her hand. All of a sudden I was going to New York.” 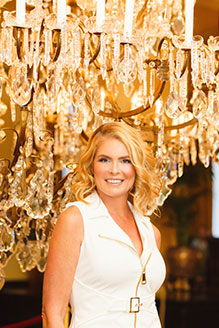 She was 18 years old. Two days after arriving in New York, she flew to Rome and then Paris to model for Harper’s Bazaar Italia, and four days later she shot her first cover, which was for the magazine. Since then, Alexis has traveled the world and shot over 500 magazine covers.

An author as well, Alexis wrote books such as A Model for a Better Future, which is a memoir of her early days and then her life as a mother while modeling. As a working mom, Alexis raised five children in a blended marriage. She juggled running around for the kids’ extracurricular activities with speaking engagements and photo shoots. Alexis knows what it is like to be a mother trying to keep life in balance.

Now, it is her time. Alexis experienced another new beginning after her children grew up and she got divorced. She moved from Colorado to the busy pace of New York with premieres, parties, and fashion buzzing around her.

“By faith, I was ready to make any move in any direction needed and have that open mind to explore and learn. I peek around every corner to discover and think ‘Is this something new?’ I am meeting new people all the time. I am just at that point in my life where I can be anywhere or do anything that I want, and I know that I will have huge plans, but I don’t know what they are yet. The plans are not fully developed yet…I am willing to try and explore while I learn and grow.”

One spontaneous thing she did was hopping a flight with a friend to Jerusalem. “I had been married for so long that I always had to run things by a husband, ‘What are your thoughts? Do you think I should? Is it fine if I go?’ I always used to ask questions. I always put my family first. So, to be able to do whatever I wanted, just for me, was still new. I am embracing it. I used to literally sit around the house and wait for everyone else and see what everyone else needed from me. If they didn’t need something, it was like ‘Now what should I do?’”

She is connecting with new people in the industry and meeting up with old friends in New York such as Cuba Gooding, Jr., who she played ice hockey within the Celebrity ALL STARS Hockey League. She has also reconnected with some of the other supermodels of her time, such as Carol Alt and Paulina Porizkova who were also discovered by talent scout John Casablancas.

When Alexis attends fashion shows during New York Fashion Week, some of the designers and shows treat her like royalty. However, as she explained in her blog
for 1010 Park Place, “Some of the new, young designers didn’t know who I was. I found myself standing in the back at one show where a mother turned around…and asked if I had a daughter in the show. My ego took a big hit on that one.”

Alexis knows that being well-known today is a lot about “likes” on social media, but as a woman in her fifties, she feels silly taking selfies and would rather showcase what she loves in her life. So, her Instagram (The_KimAlexis) and Twitter (@TheKimAlexis) accounts feature images of her being an active athlete, being a mother, and attending charity events. They also go back in time to showcase magazine images from Vogue, Harper’s Bazaar, Glamour, and Sport Illustrated.

Alexis believes we should all find our niche and be empowered. As she explained, “There may be a mom out there who is a size 14 who is spending her days taking care of her kids and doesn’t believe that she is good enough. But she is doing the right thing for her children. Women can’t sit around and have a pity party for themselves; they need to figure out their skill sets and what they bring to the table. We all are unique and have something special to give and feel good about.