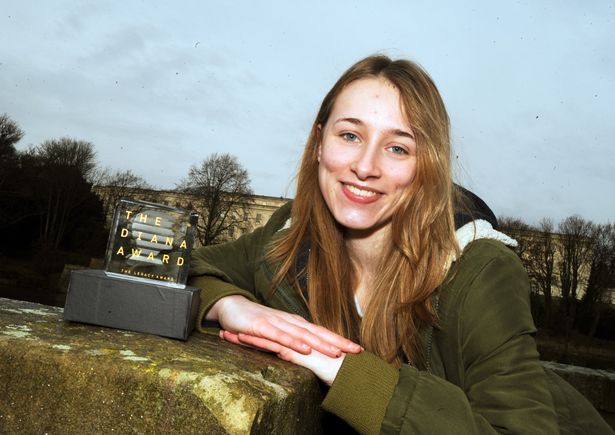 After enduring a childhood witnessing domestic abuse first-hand, Cora-Laine has been determined to support other young people. Cora-Laine is a 19-year-old studying at University of Notingham has dedicated the past seven years to helping other young people cope with and recover from the effects of emotional, physical, and sexual abuse through the charity Safeline. She has raised thousands of pounds for Safeline, is a peer mentor and an ambassador for the organization, a role which saw her promoting Safeline services throughout the UK, helping to change people’s attitudes, beliefs, and behaviors about abuse. Cora-Laine’s involvement at the organization has inspired countless young people who have suffered abuse and by sharing her experience has had a direct effect of improving their health and well-being. She has developed into an amazing ambassador for young people with her drive, determination, and tenacity to make a difference.

Currently, she is studying BA English with Creative Writing at the University of Nottingham and intends to go into marketing once she graduates. She also intends to write a book. 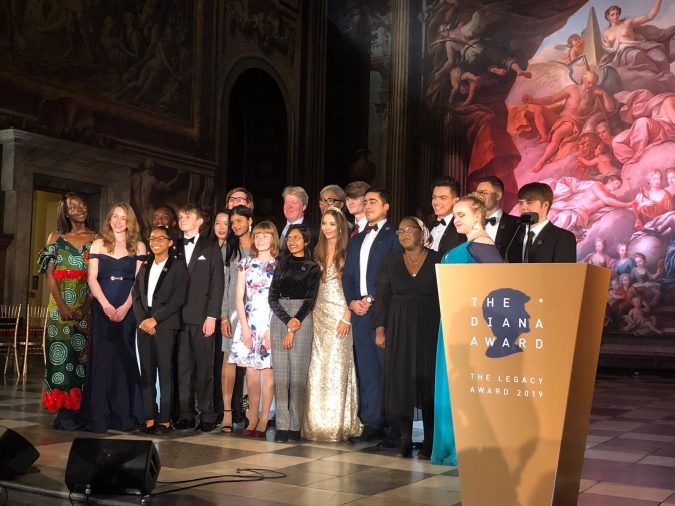 Cora-Laine won The Legacy Award which was introduced in 2017, to celebrate the life of Diana, Princess of Wales in the 20th anniversary year since her death. Taking place every two years, this unique accolade is the highest honor presented by the charity and celebrates the achievements of 20 exceptional young change makers from across the world, who have demonstrated their ability to inspire and mobilize others to serve their communities, as Princess Diana herself. In 2019, Cόra-Laine was one of 20 ‘Legacy Award’ winners – from across the world – who embody Princess Diana’s qualities of kindness, compassion and service – and met HRH The Duke of Cambridge at Kensington Palace on 26 November ahead of receiving her award. 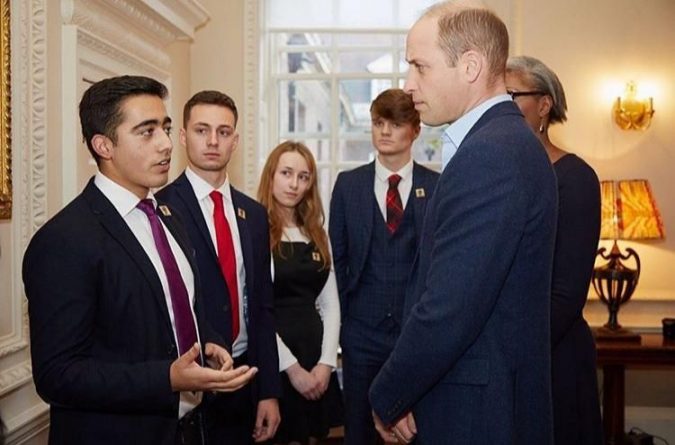 After raising £1000 earlier this year, Cόra-Laine is holding a new fundraiser to aid Safeline’s young people’s service and enable them to continue providing essential support to vulnerable young people. She is hosting virtual festive quiz on Saturday 12th December, 2020 at 8 pm. She is aiming to raise £300 in one evening and will be donating the money to Safeline to further fund their young people’s projects. Joining her in presenting the event are Alex Fryer, Laura Hyland, Darren Jamieson, and Gabby Tan.

Cόra-Laine says: “This holiday season is going to be very different from previous years, and after many months of fear and uncertainty, I wanted to do something that would lift people’s spirits. Since I was 13, Safeline has supported me in any way that it can – offering me counseling to encouraging me to come out of my shell through their young people’s projects. I am extremely grateful and always will be. It is why I continue to offer my support to them and raise awareness about abuse. Abuse comes in manner forms and can happen to anyone. Safeline provided me a safe place to recover in and by allowing the subject of abuse to be spoken about in our schools, workplaces, and homes and supporting similar services,  we can create a safe place for survivors to share their experience and report their abuse. It made sense to me that I could do something to both bring joy to people and to help such an important charity.”

Throughout the pandemic, cases of domestic and sexual abuse have increased.  Data found by the NSPCC stated that, “1200 offenses of sexual communication with a child were recorded by 38 police forces from across the UK between April and June 2020

Safeline provides clinical services to survivors of abuse and young people suffering from poor mental health. This includes one-to-one counseling, creative therapies, ISVA, and young people’s/ school’s projects that develop attendees professional and personal skills through art, drama, sport and more. Since they have been unable to hold fundraising and promotional events, funds from Safeline’s community and corporate fundraising have dramatically dropped since the end of March, due to Covid-19. After hearing this, Cόra-Laine became determined to once again support Safeline and ensure that vulnerable young people would be able to access the charity’s support.

Tickets for the quiz event cost £1 per individual or £5 per team of Sign up for the event today through:  https://www.eventbrite.co.uk/e/festivia-tickets-12875930153