Home Food & Travel The Birth of a Travel Blog: a Jeep Ride, a Pandemic, and...

The Birth of a Travel Blog: a Jeep Ride, a Pandemic, and Life Lessons 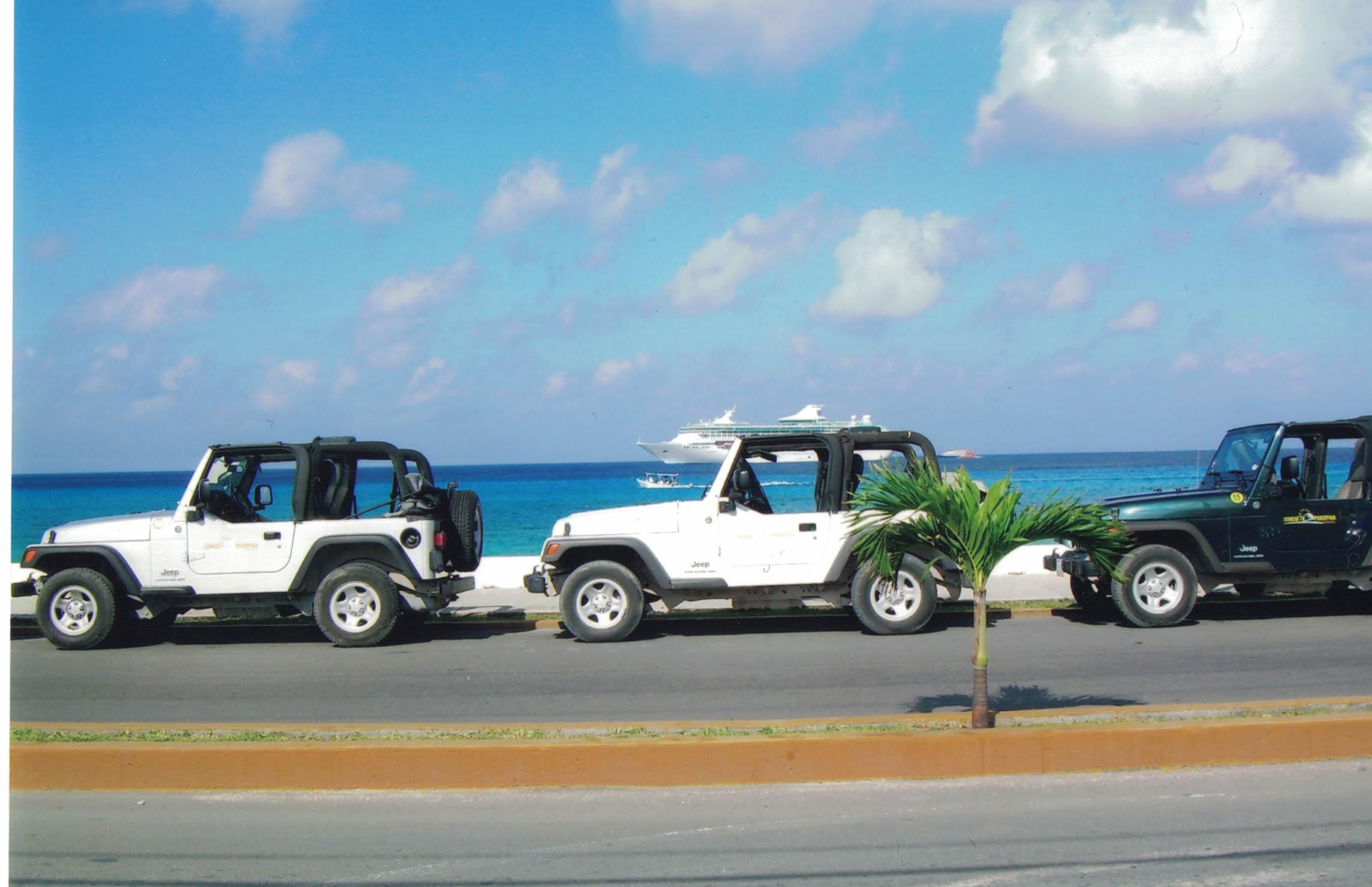 On December 12, 2001, our 20th wedding anniversary, I took a call at work. It was my surgeon with lab results confirming that I had a recurrence of breast cancer. I don’t remember much more about that day, but shortly after, my husband and I decided we would create a diversion for ourselves and book a cruise to celebrate our 25th wedding anniversary. Planning this vacation gave us both something to look forward to instead of worrying about my health, and it would be a romantic second honeymoon. So we saved our money for this special trip, and I prayed that I would still be alive to take it. Fast forward 5 years, we booked a Royal Caribbean Western Caribbean Cruise, had a fantastic time, and decided to do more traveling. I decided to start a travel diary while on this vacation, and I took this diary with me on all of our future trips. Writing the details and highlights of each day, I didn’t realize I was creating a resource that 13 years later would serve as the foundation for creating my travel blog.

Before this trip, our vacations consisted of driving to the beach with the family, so this cruise was a big deal for us. We studied the Royal Caribbean website and booked all of our excursions before we left for our vacation. A Jeep ride on a beautiful island, Cozumel, Mexico, that included snorkeling in crystal clear water

and a delicious lunch on the beach, captured our interest. When we arrived on the island, we were paired up with Jan, a single woman from the west coast. She was thrilled that my husband would be driving the Jeep so that she could sit in the back and enjoy the ride.

First, we snorkeled on the calm western side of the island Everything was provided including a brief lesson for those new to snorkeling. Schools of colorful fish surrounded us with little effort on our part to seek them out. Our guides then lined up all of us in our Jeeps and took us on a ride to see the rest of the beautiful island. On the eastern side of the island, we saw the waves

crashing against the glistening black rocks and felt the salty wind in our hair. Even though the water was rough, we were encouraged to wade in safely and cool off. The ride that day was a perfect blend of calm while snorkeling and excitement watching the blue water churning and glistening on the other side of the island. At the direction of our guides, we drove the Jeeps onto a secluded beach where a traditional Mexican style lunch was served. An artist offered the travelers temporary henna tattoos for a nominal cost.

After lunch, we were taken to a shopping arcade where we bought a blanket, jewelry, and a chair hammock that didn’t fit into our luggage and had to be carried on with us on the plane ride home. Now that we have been to Mexico multiple times, we rarely go shopping unless there is something we need or a special trinket catches our eyes. We enjoyed this excursion so much that when we returned 5 years later on a Celebrity Cruise, we sought out a Jeep ride tour again. This time we were traveling with my brother and his lovely wife. The snorkeling part of the tour was almost canceled due to a strong current, but I didn’t mind sitting it out this time around while those who were up for a challenge

dove into the waters. On this trip, we toured a tequila plantation where we were able to sample a variety of flavored tequilas from Cava Antigua. They were the best assortment of flavored tequilas that we had ever tasted. We also visited a secluded part of the island where we stopped for beach photos and to walk across the street to a large elevated pavilion where we had snacks and margaritas. We met two great couples from New Jersey that kept us in stitches laughing. By the end of our excursion, we were still laughing and smiling with our new friends. It was a remarkable day.

I didn’t know it at the time, but this would be our last vacation with my brother. He suffered a heart attack a month later at the young age of 61 while bike riding on a trail near his home. He was just weeks from retiring. Thinking back to that amazing day in Cozumel, I can still see and hear him talking to our new friends after we boarded the ship at the end of the day spent in Cozumel. He reminisced about several years prior when he was in Cozumel with his significant other, who later became his wife. He told everyone about that day in detail. On a whim, they decided to get engaged and later be married, so he bought her an engagement ring while they were on the island and had a romantic memorable day together. When he told us the story about their engagement, he declared that she was his soulmate and “it was the happiest day of his life.” To be honest, I barely recognized this man as my brother because he rarely uttered such sentiments. It was a side of him that I hadn’t seen before.

It warms my heart to know that we had the opportunity to return to the island with them and relive those fond memories while creating precious new ones that will last forever in our hearts. 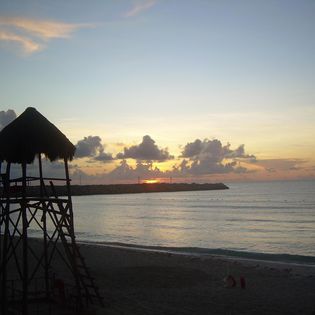 Lessons learned: Take the time to tell your loved ones how much they mean to you and travel now. Don’t put it off until you retire. Because of that experience, we did both.

After our first visit to Mexico, we became repeat customers at various all-inclusive resorts in Riviera Maya thereby racking up an unbelievable number of trips. We learned that all-inclusive resorts are a budget-friendly way to travel because the airfare, accommodations, food, drinks, and entertainment are all included. I became proficient at searching out great deals which allowed us to visit twice a year. Our best deal was only $725 a person for a week.

Our last trip there was in 2020, an unimaginable year that none of us saw coming. In early February, my husband and I had an amazing vacation at the all-inclusive Bahia Luxury Akumal Resort in Riviera Maya Mexico, one our favorite resorts. It was the 20th time we had been to Mexico. Unbeknownst to me, when I returned home, I would learn that my job had been eliminated and a pandemic was on the horizon.

Suddenly the future became murky; plans and dreams were put on the back burner. With my newfound free time, I began to rekindle my desire to write and started a travel blog about our trips to Mexico. I attempted to create the blog many years prior because I wanted to share all of our experiences, but after working all day, I couldn’t bear to sit in front of a computer and write. My son, a web designer, had been bugging me for years to start the blog, so we began to put our heads together in September 2020 to finally birth its existence.

Silly me…I was under the impression that all I had to do was write about my travels and post photos. I soon learned that I needed to do a dive deep into the world of social media and learn about SEO (search engine optimization) and long-tail keywords (don’t ask). After a few months under my belt, I’m feeling more confident about writing and promoting my travel blog. I’ve tried and failed, then failed some more, but I always get back up, dust off my knees, and keep going. With all of this uncertainty in the world, I don’t know where this path will lead me. I’m not sure how far I can go with my travel blog, but I do know that every experience I’ve had in my life has led me here. Here’s the tough part—following my intuition and trusting that I’m doing what I’m supposed to be doing. For the past 20 years, I worked in the nonprofit fundraising world planning events and working closely with sponsors and individual donors. I loved my work, but I feel drawn to writing this travel blog. My head tells me to look for another job, but my heart tells me to pursue this dream. For the first time in my life, I am going to settle in for the long game with this dream and see what happens.

Oddly enough, I owe this new state of mind to the pandemic. I don’t know if I would have slowed down enough to take this opportunity to write and learn to blog before I retired. Even though I cannot travel now, I have years of photos and diary entries to plow through. I’m not going to lie to you; it’s exciting and it’s scary. I don’t know what the future holds for me, but that’s life. You don’t know what the future holds, but you have to hold on tight and keep moving forward.

In some ways, our lives are like the island of Cozumel. Sometimes calm, sometimes a little rocky. We have happy times, and we have difficulties in life that try our souls. People come into our lives and stay, while others are there just for an instant. And at some point, with the wind blowing in your hair and the salty air filling your lungs you say to yourself, “Hold on! It’s going to be a bumpy ride!”