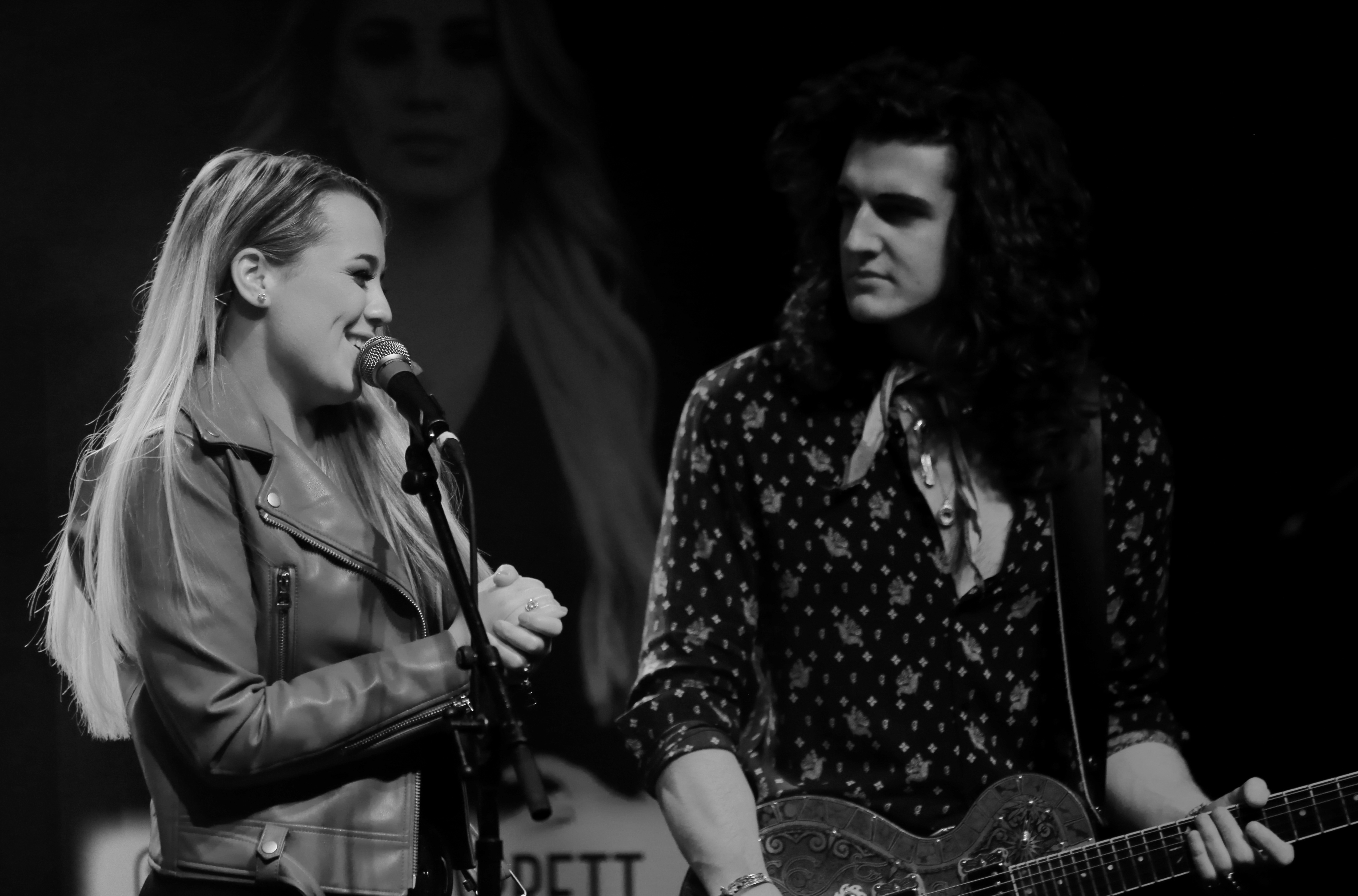 Gabby Barrett is a 19-year-old singer/songwriter from Pittsburgh, Pa., who’s song “I Hope” has been named one of the “10 Best Country and Americana Songs to Hear Now” by Rolling Stone Country. She was first introduced to the world on the 16th season of American Idol, and her star has been rising ever since. 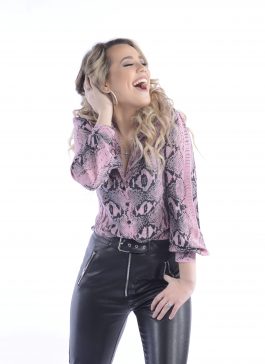 Dr. Shellie: You began your singing life in a gospel choir. Describe what effect this had on your vocal style and performing presence.

Barrett: Starting out in a gospel choir has helped shape my voice so much. I think roots are so important, and that church helped me to see what my voice is capable of doing. I am forever grateful for how much time everyone there dedicated to working with me.

Starting out, I always looked up to woman who were amazing live singers—Whitney Houston, Patti Labelle, Aretha Franklin, Etta James—as well as amazing performers who put on great shows—Van Halen, Shania Twain, Sam Hunt—and I knew that’s what I wanted to be known for. R&B is definitely the root of my voice.

Dr. Shellie: You were in the top 3 of the 16th season of American Idol. What did being on this hit show teach you about the entertainment world and life?

Barrett: Being on the show taught me some very valuable things that I will take with me for the rest of my career. Viewers at home see kids performing on stage and think it looks easy, but there is SO much that goes on off camera. It was an emotional roller coaster. I realized that, no matter how prepared you are, you will still have challenges.

Dr. Shellie: You have shared the stage with superstars like Luke Bryan, Bebe Rexha, and Chris Lane. Also, you sang with Carrie Underwood, who said you are farther along than she was at your age. What has it meant to you to be able to sing with these country stars?

Barrett: It is absolutely surreal. Truly. You look as these people as if they aren’t even humans because you’re so used to hearing them on the radio and seeing them on TV. So when I saw them in person, it was crazy. What an honor to sing and meet with such talented people. It’s a memory I will treasure forever.

Dr. Shellie: In March, you announced through a People Magazine exclusive that you are engaged to fellow Idol contestant Cade Foehner. Describe what is so special about your relationship.

Barrett: Yes, I am! When you know they’re the one, you just know. There is no doubt. He is my person. I think what makes it so special is how the Lord timed everything with us meeting on Idol, and how much of a friendship we have. He is my best friend, and I’m looking forward to living my life with him. 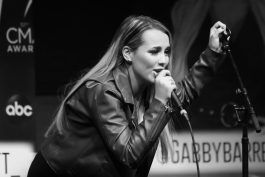 Dr. Shellie: Your father is very important in your life, and he works for Goodwill of Southwestern Pennsylvania. Explain why you donated your white jumpsuit from American Idol to a Goodwill online auction. What do the Goodwill services mean to you and your family?

Barrett: Goodwill is my go-to-charity that always shows tremendous belief in me and has since I’ve started. I donated my one-piece bodysuit from the All-Star Round on American Idol because I wanted to give them something of mine, since they have been so kind to my dad and me for years. It’s very important for me to pay it forward to anyone that has helped me in any way with my career. It’s inspiring to see them change people’s lives every day.

Dr. Shellie: You are a strong, empowered young lady at 19 years old. What would you say to other ladies reading Inspiring Lives Magazine to help uplift them, whether they are young themselves or raising the next generation of young women?

Barrett: I would tell everyone to believe in your dreams, no matter what age you are! Don’t let negativity tear you down. Instead, use it to empower yourself.